10 board games to play in lockdown Duncan Evans has a look at some war-themed board games to keep your brain working during the pandemic.

Whether you’re stuck in on your own or, worse still, sharing the house with your unruly or annoying family, we’re spending more time inside than usual at the moment. We’ve already had a look at the films and TV you can watch to keep yourself entertained, but to keep those neurons firing you need something more challenging. Like a war game of some sort. Forget about what’s going on outside, start planning like a general, as we offer up this selection of single and multi-player war-based board games for your entertainment. 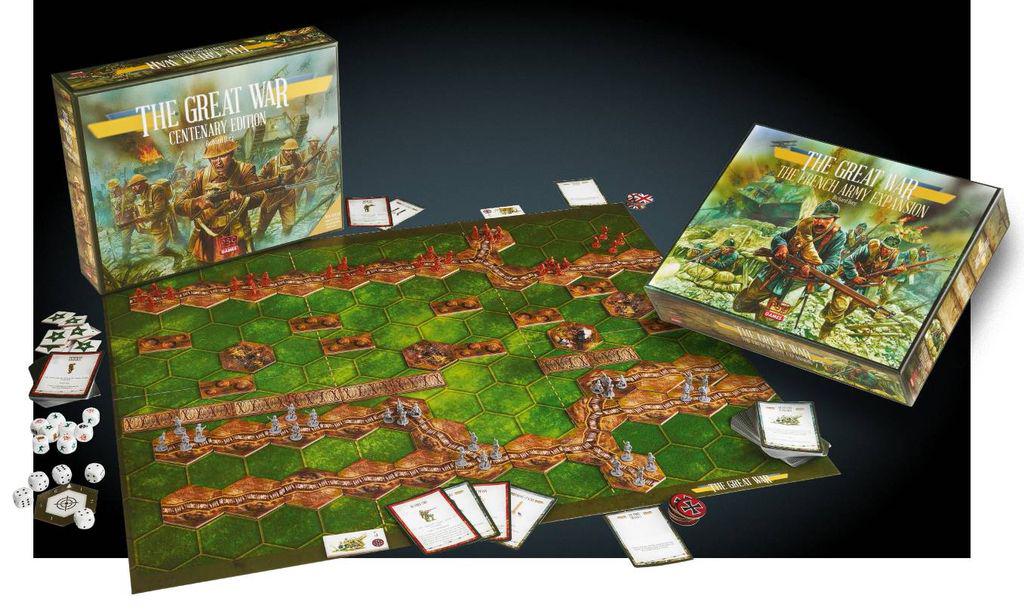 With a combination of 1/100th scale soldiers, mortars and machine guns, building pieces and action cards, you can recreate all the fun of the Somme with none of the inherent mud and carnage. Lay out your barbed wire, place your guns and send your 48 infantry out to do battle on the hex-shaped board. Playable in one to two hours, this latest edition has a revised rulebook and better quality British and German miniatures. There are also various expansions if you like it. 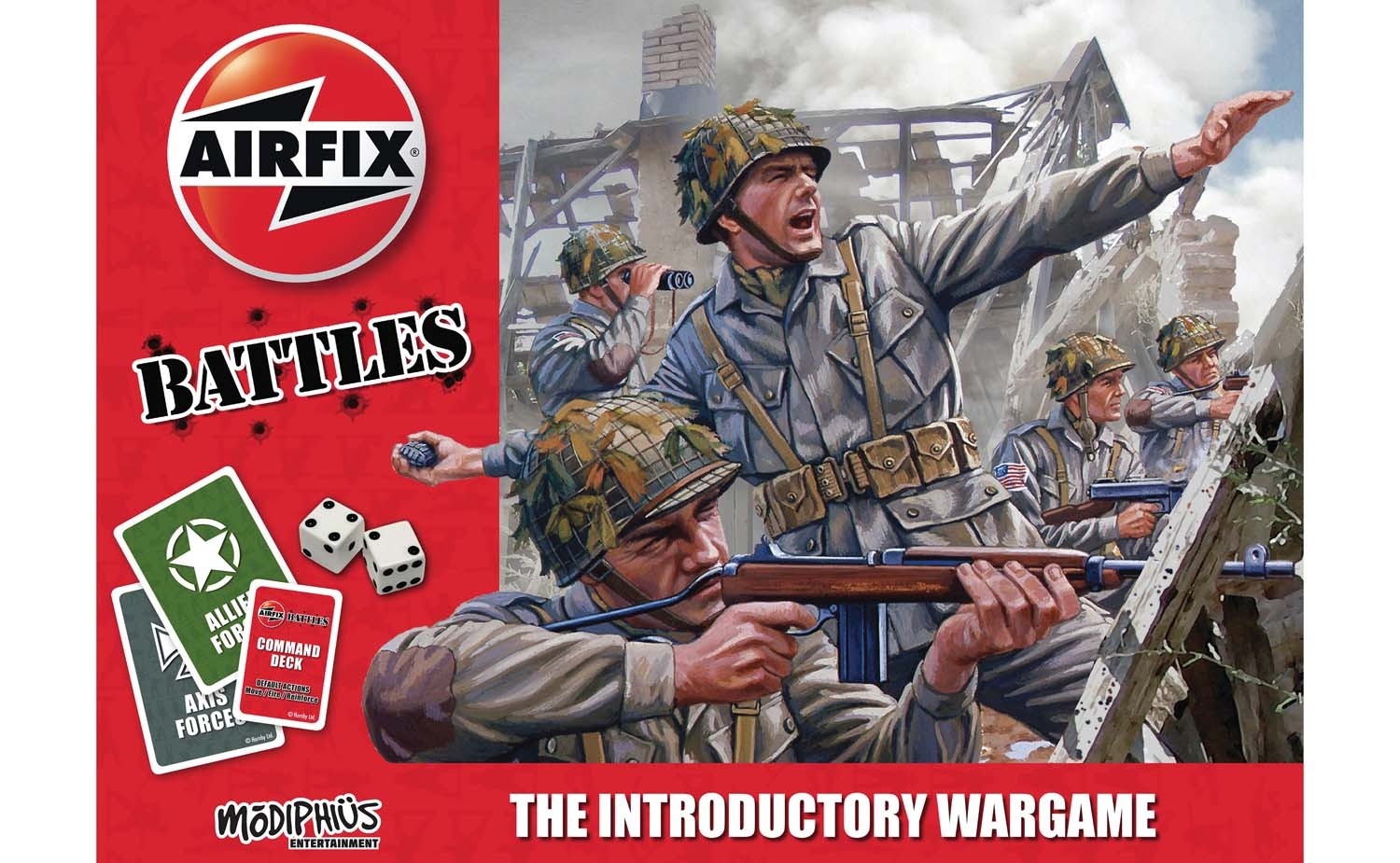 There’s nothing like getting out your Airfix kits, vehicles and soldiers to bring back golden-hued memories of childhood gaming so why not either relive those halcyon days, or indoctrinate your kids with this introductory wargame, produced in conjunction with Modiphius. It uses cardboard counters but you can drop in your 1/72nd scale vehicle models. The action is driven by a card system and it’s an easy entry into the world of wargames. 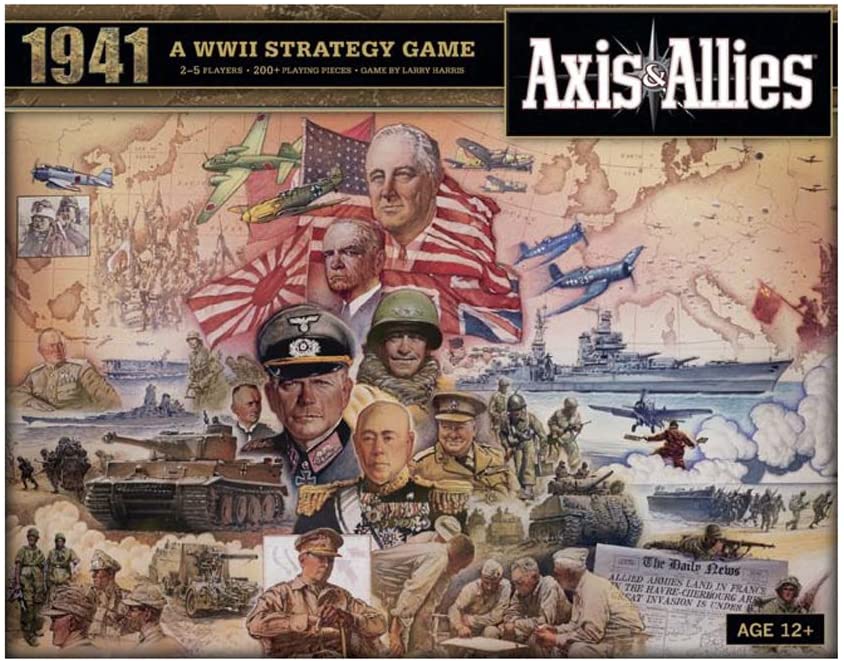 No war-based boardgame roundup would be complete with Axis & Allies now in its umpteenth year and version. It’s a massive game, with 160 army pieces, 50 national markers, 34 unit counters and four dice. It combines strategic action with economics as you fight over territories. The more you have, the more weapons you can build until you steamroller the opposition. Two to five players take the parts of the major powers, with the game having the option to start in 1941 or ’42. 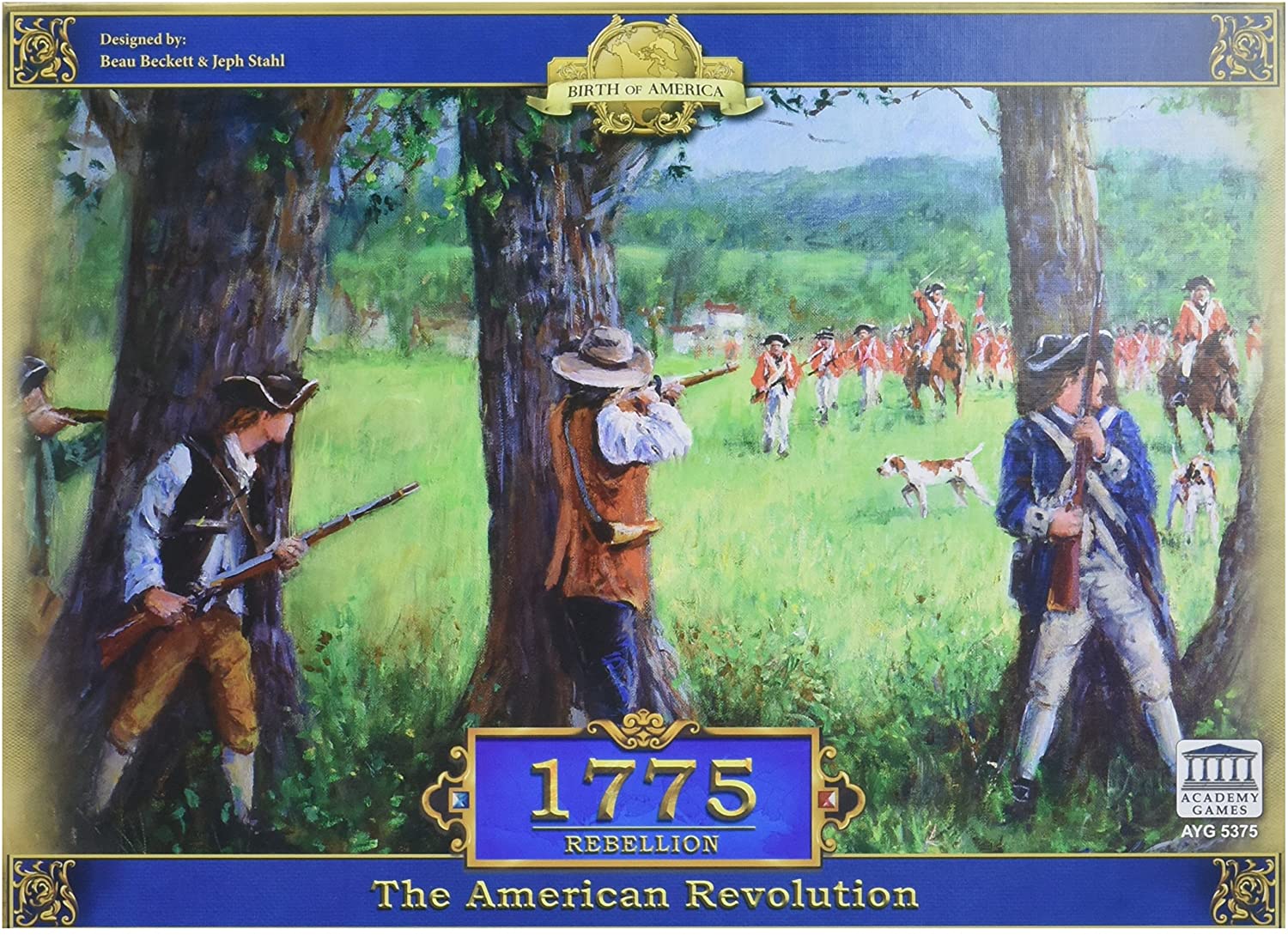 Something a bit easier on the old grey matter now and a chance to head back to the American Revolution, taking control of one of four factions as they scrap over the original British colonies. The game involves reinforcing cities, moving armies with cards, battles and replacing cards. Each faction gets their own coloured dice and it’s simple to learn with high quality pieces. 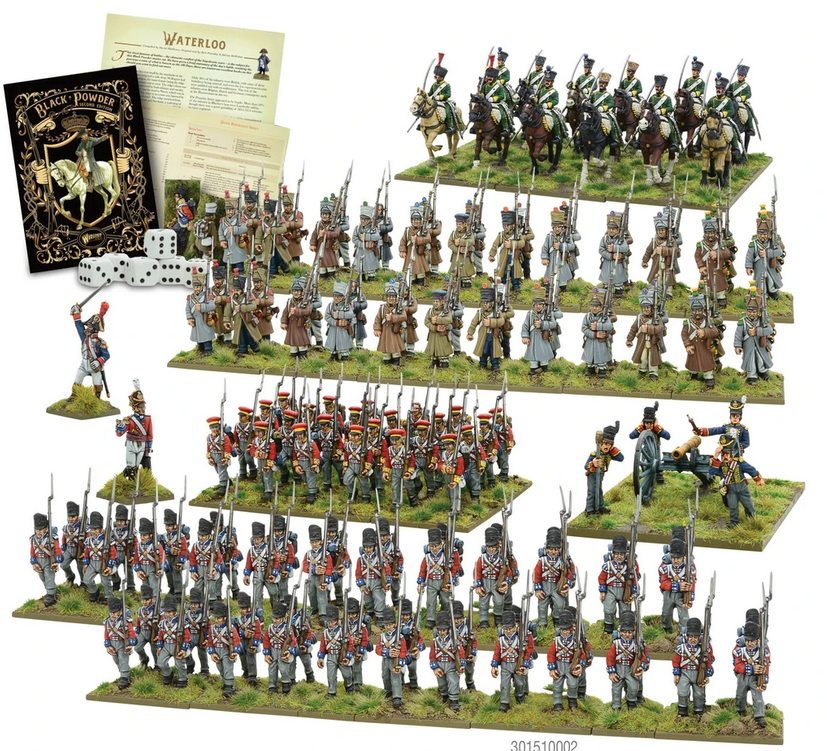 Of course, this month’s cover theme is Waterloo so what better than to actually recreate it on your kitchen table, courtesy of Warlord Games and this Black Powder starter set. It comes with 122 infantry (British, French and Hanoverian), 12 cavalry, 1 artillery piece with crew, six dice, card playsheet and casualty markers, an easy start guide and an A5 softback version of the Black Powder rule book. Obviously you can add extra figures and scenery or spend your time turning a cereal box into a chateau, but there’s enough here to get you started.

U-Boot: The Board Game 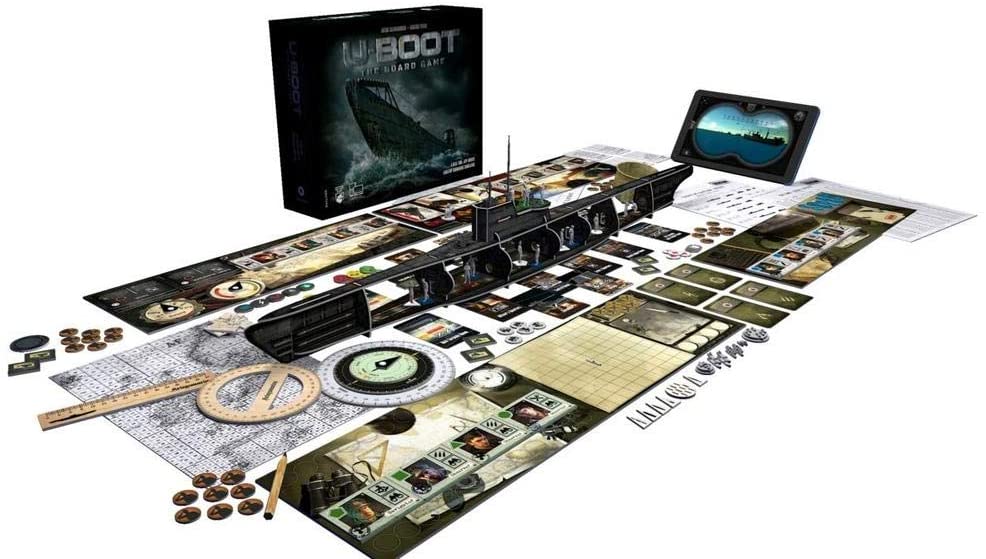 Something a bit different here, it’s a co-operative, real-time game of submarine warfare in which a 3D cut out sub sits down the middle of the playing area, surrounded by pieces, charts, cards and tokens. It comes with a companion app to provide extra navigation procedures and sound effects. You basically decipher messages, acquire targets and fire torpedoes. Can be played solo or with up to four people. 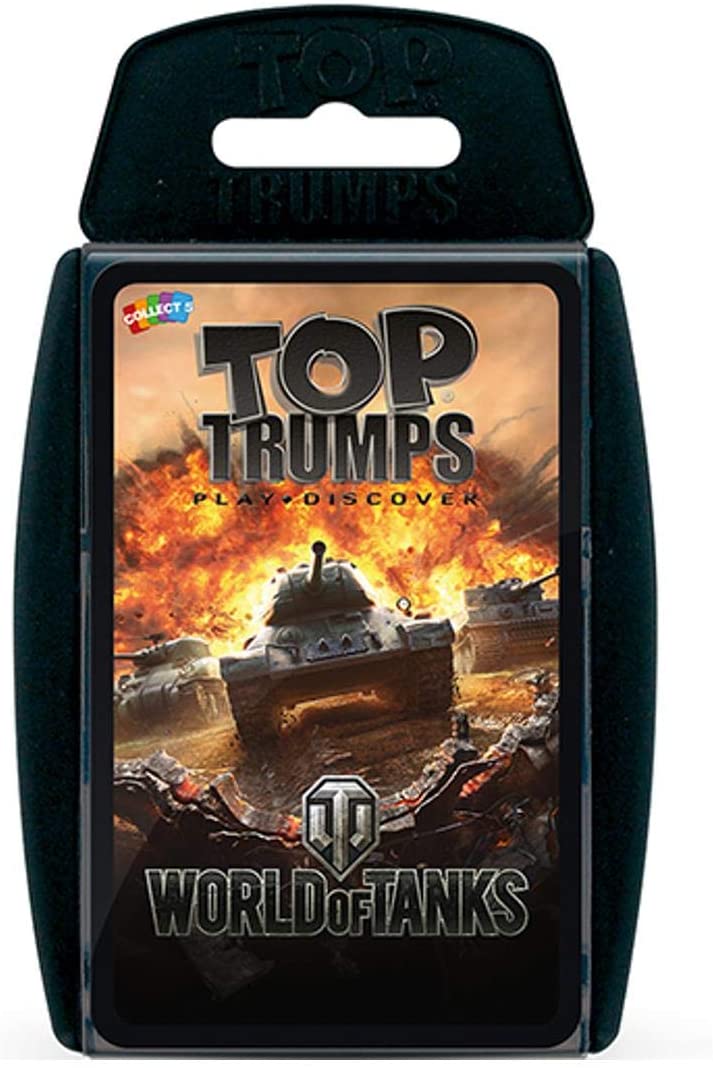 Let’s go back to the 1970s again, with a new deck of cards in the Top Trumps format. Instead of comparing supercars or jet fighters of the ‘70s you can now, thanks to the linkup with online MMO World of Tanks, pit firepower against mobility and survivability. It’s a fast and fun way to spend half and hour and the cards all have nice artwork and fact files as to where you can see surviving examples. 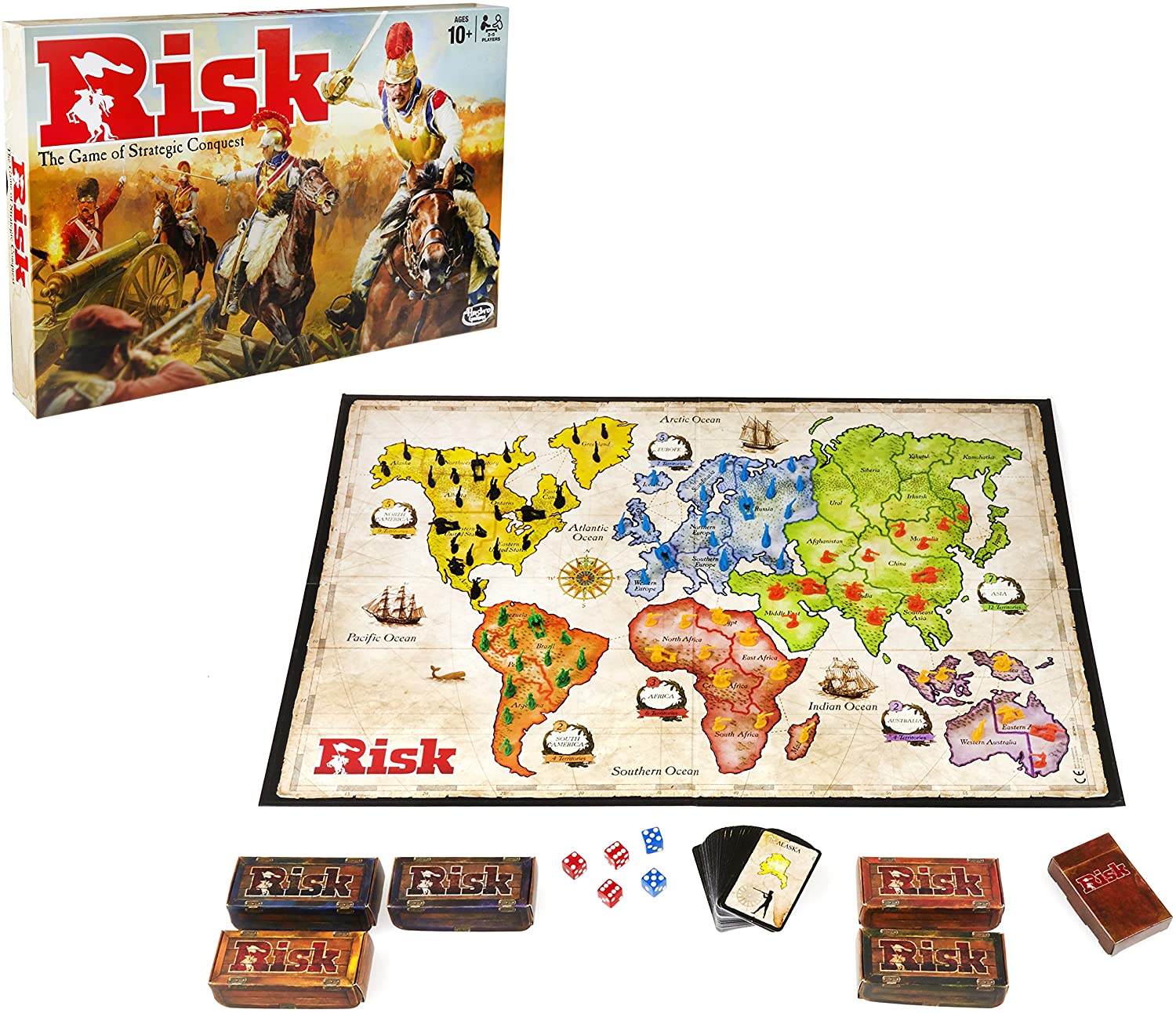 The classic game of world-dominating strategy, with none of the endless hours of wrangling that comes with alternative title, Diplomacy. Instead here you have an updated map and figures, improved mission cards and 12 secret missions to speed things up, though ultimately, a lot comes down to how lucky you are with the dice.

This War of Mine 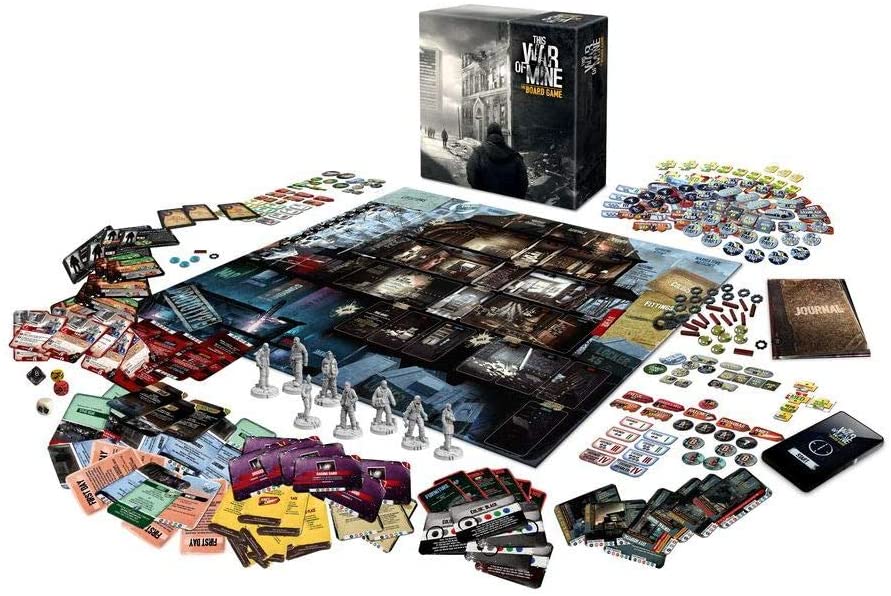 If you want to experience warfare from the civilian side then take a look at this board game adaptation of an award-winning video game. There’s a solo option, but it’s really for up to six players, trying to survive as civilians trapped in a city at war. There’s a lot of pieces and cards, and it’s rated 18+ only because of the themes and experiences. It can take a while so, unusually, has a save game system. If you like it though, there are also expansions that add to the story. 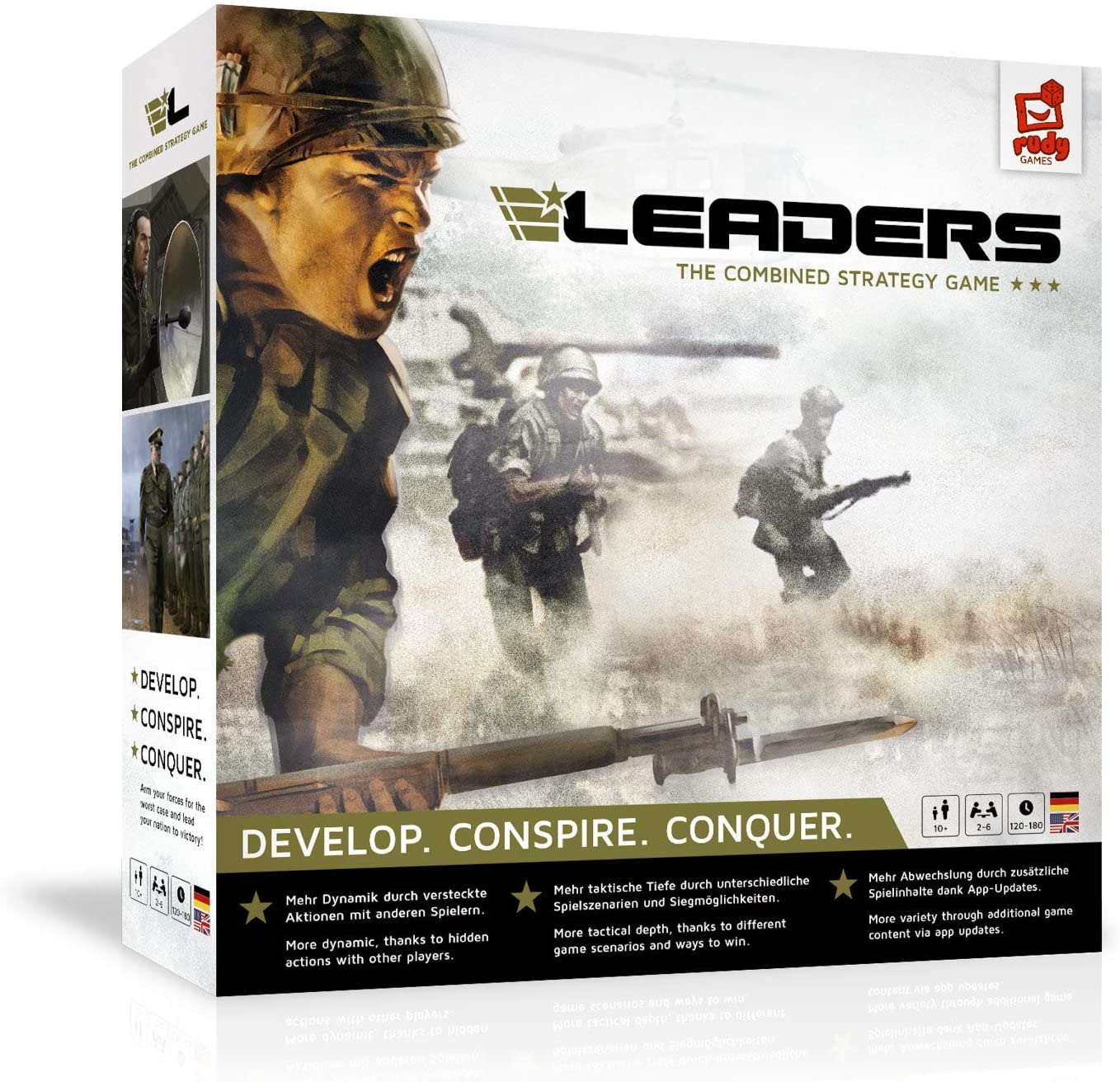 Is this the future of board games? It’s a well-produced and good looking game of world conquest with three themes of develop, conspire and conquer. The key feature is that you need a smartphone or tablet because the companion app allows players to spy on or sabotage their opponents and forge alliances. It’s a requirement in order to play the game.