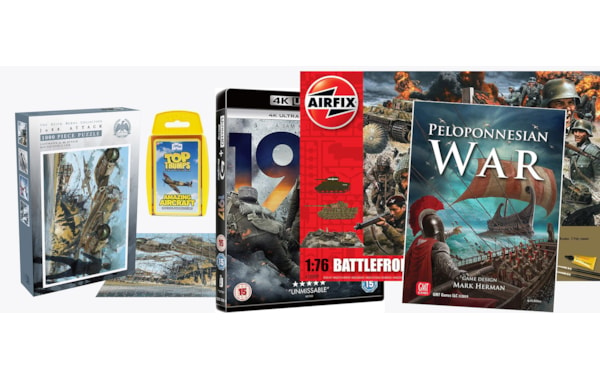 Bag yourself a decent present this Christmas

It’s that time of year again so here is a collection of gift ideas for that militaria-loving family member, friend or, of course, yourself. 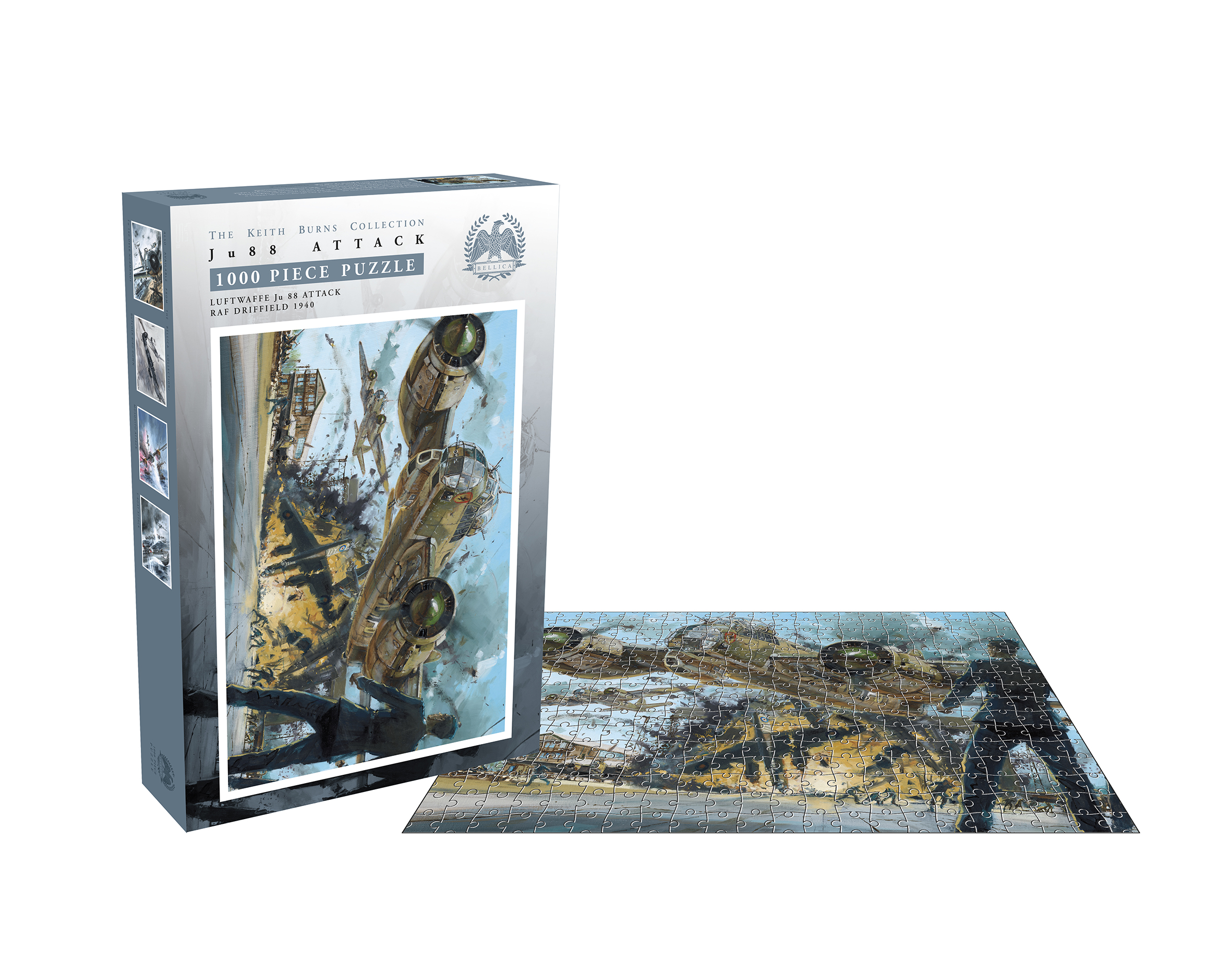 Ju88 Attack
£14.99
When you’re stuffed full of Christmas pudding and you’ve got through half a bottle of port already, you don’t want to give your pickled brain cells too much of a hard time. So clear the crackers off the table and get to it with this 1,000 piece puzzle from Bellica, featuring the dramatic illustration of a Ju88 attacking an RAF base. Drawn by acclaimed artist, Keith Burns, the image you’re putting back together has everything from astonished RAF man in one corner, Ju88 screaming overhead to massive explosion at the end of the runway at RAF Driffield.
Supplier: www.zeeproductions.co.uk 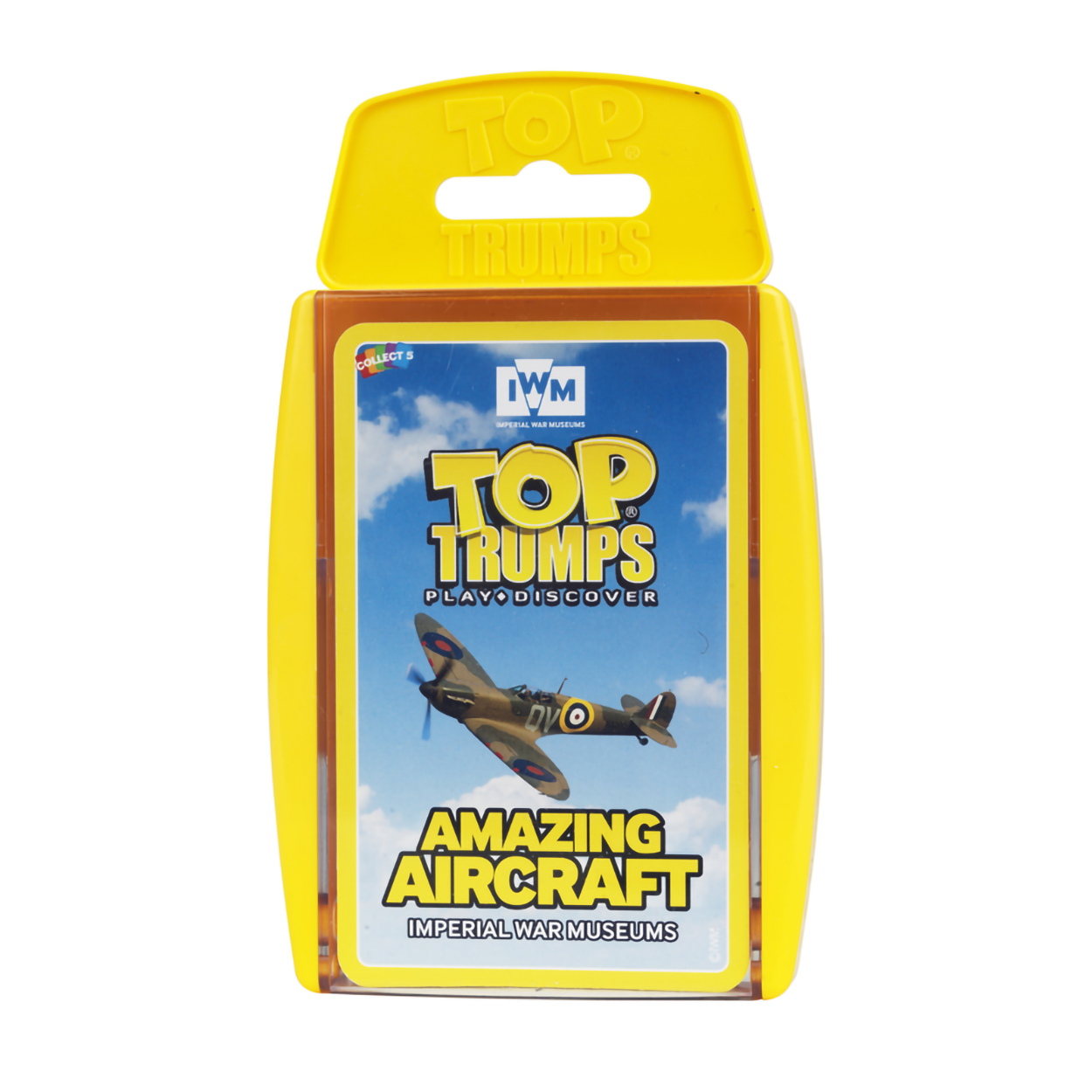 Top Trumps: Amazing Aircraft
£6
Go back to your childhood with this pack of Amazing Aircraft from the Imperial War Museums – you can see the aircraft depicted at IWM Duxford. Until then, unplug the kids’ game console and exercise your innate knowledge of fighter and bomber performance to thrash them in this card game for all the family.
Supplier: shop.iwm.org.uk 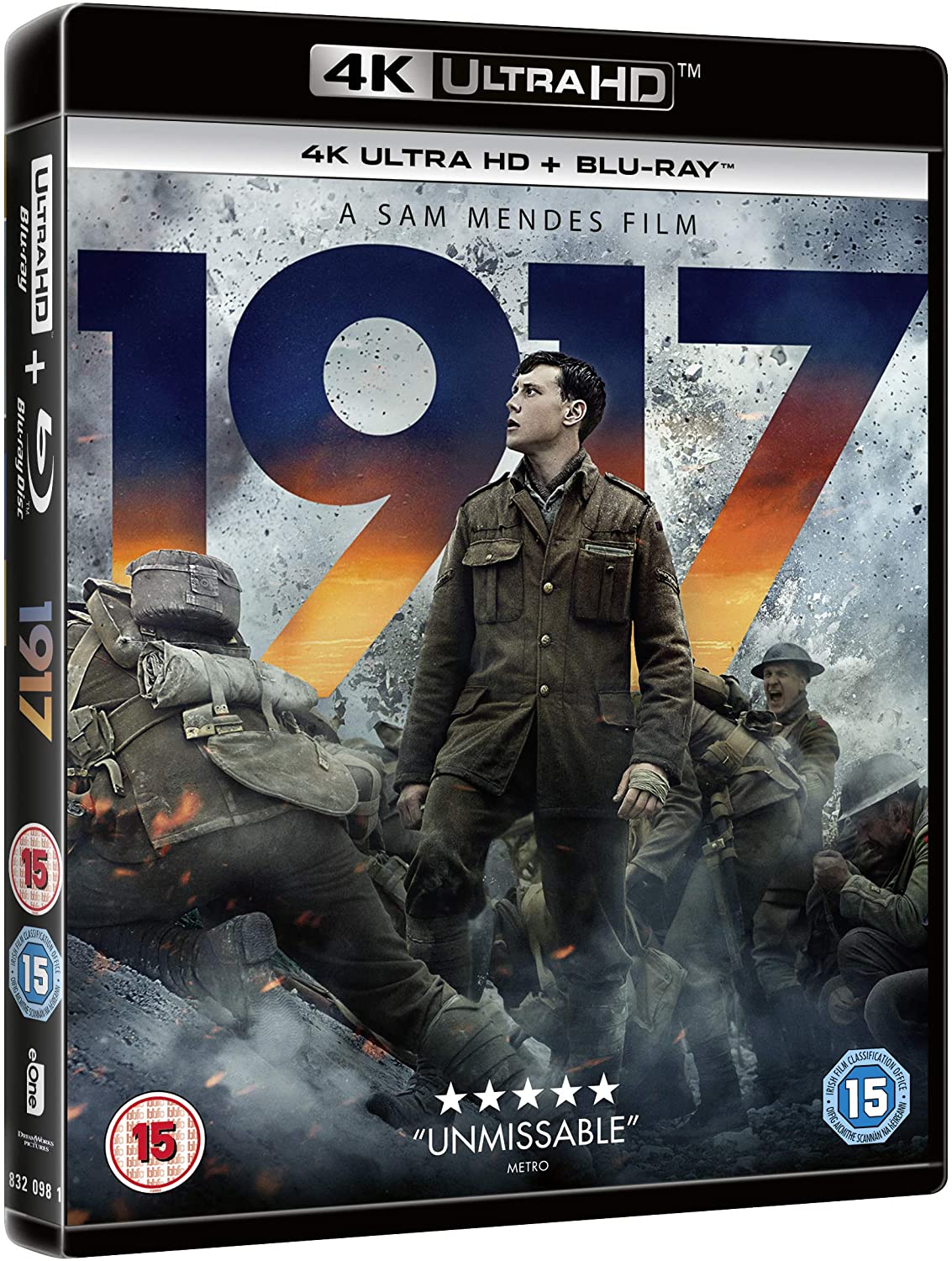 1917
£20.99
Sam Mendes’ vision of a race against time to stop an ill-fated attack on the Western Front gets the 4k UltraHD treatment so you can see every speck of mud and tracer fire. There are behind the scenes features and director’s commentary as well as two exclusive trenches and how-they-did-it features on the 4K version. It’s also available on regular BluRay, streaming services and DVD if you still think it’s 1997.
Supplier: www.amazon.co.uk 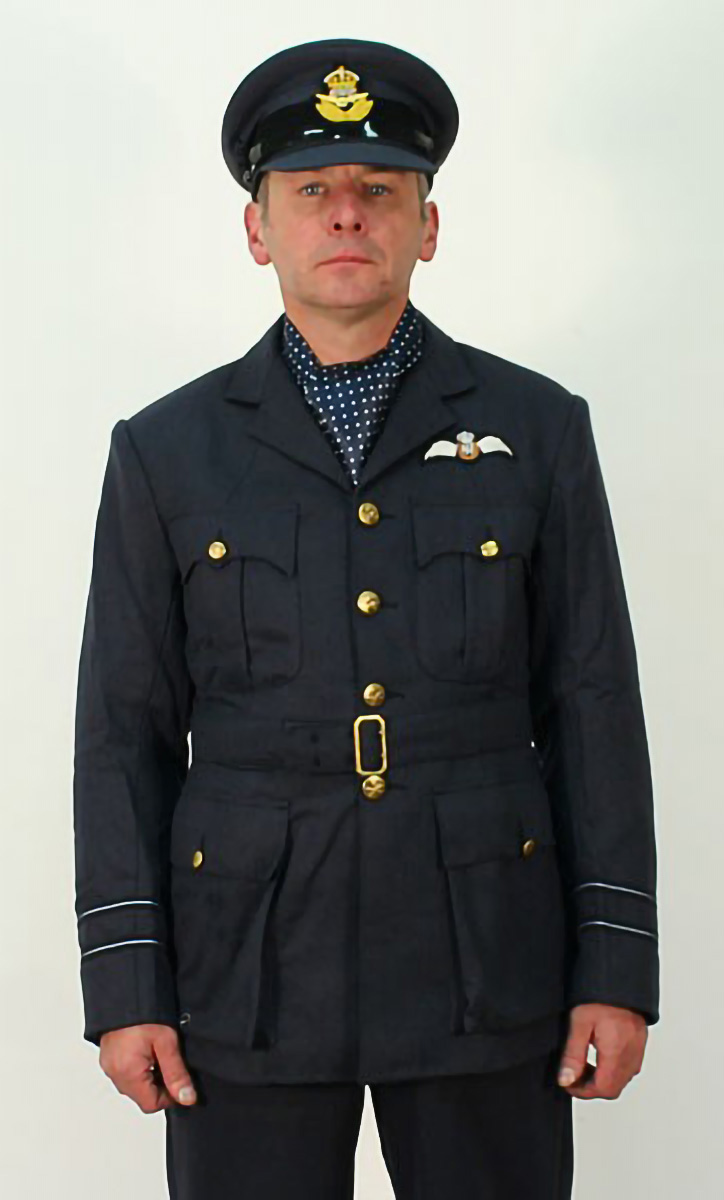 RAF officer’s service dress tunic
£149.99
Make the most of Boxing Day watching The Battle of Britain for the umpteenth time by pretending to be Michael Caine yourself with the help of this WWII RAF service dress tunic from Soldier of Fortune. The tunic was worn by Flying Officers and by ground based officers. It has been badged with a Flight Lieutenant rank and a set of RAF pilots wings, ready for you to fly. Sizes run from 36in to 54in.
Supplier: www.sofmilitary.co.uk

World of Warships
Free
Relive the Battle of the Atlantic or, in fact, any naval based shenanigans, courtesy of online multiplayer game, World of Warships. It’s free to download and install on PC (you’ll need around 90GB of space mind you), but there are also Xbox and PS4 versions you can buy as well. Then all you need is to create an account and you can take part in combat missions and classic battles with other players. There are battleships, cruisers and destroyers to command with rewards for victories and extras and better ships available from the online shop. It’s all the fun of fighting at sea without getting wet.
Supplier: worldofwarships.eu 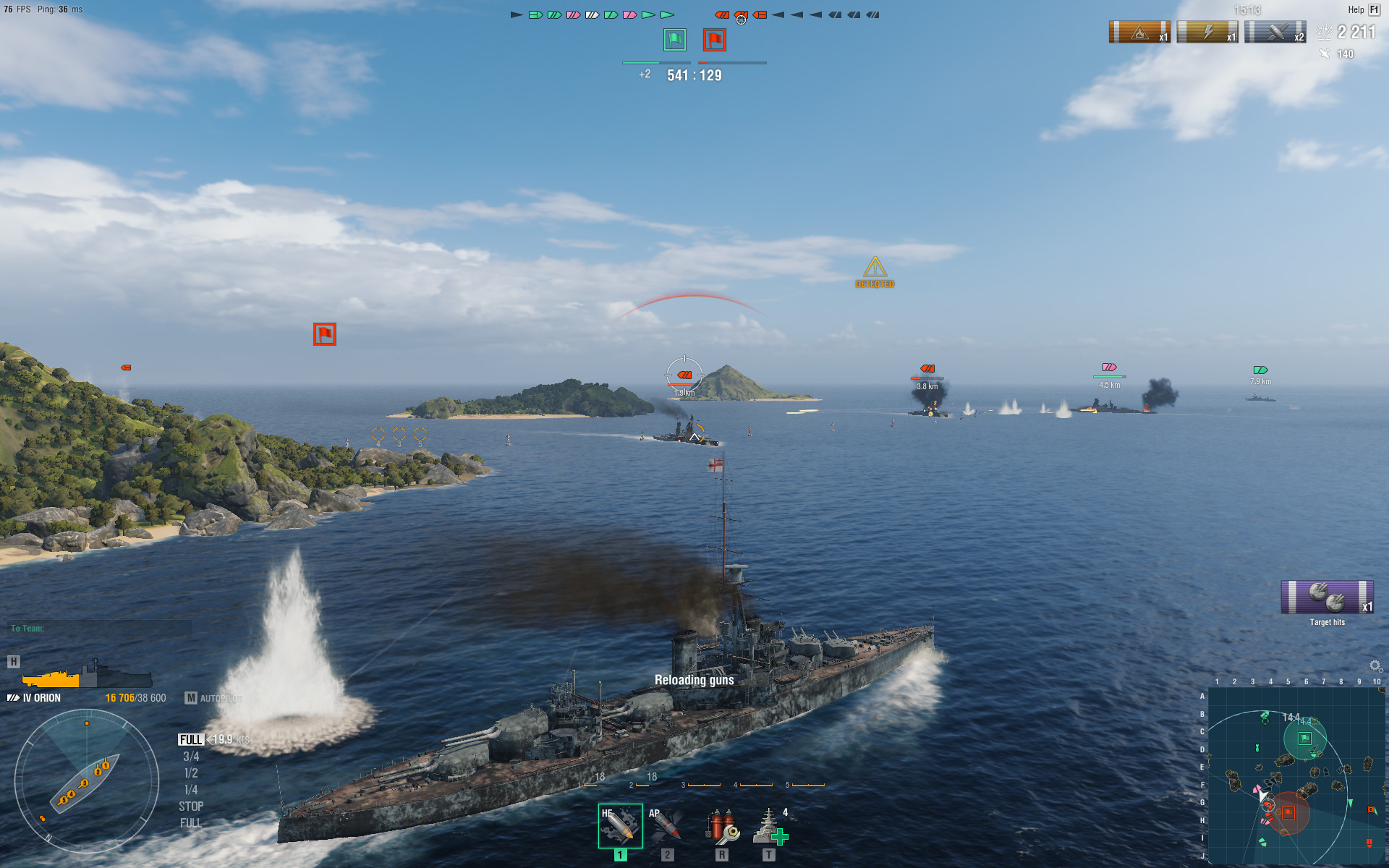 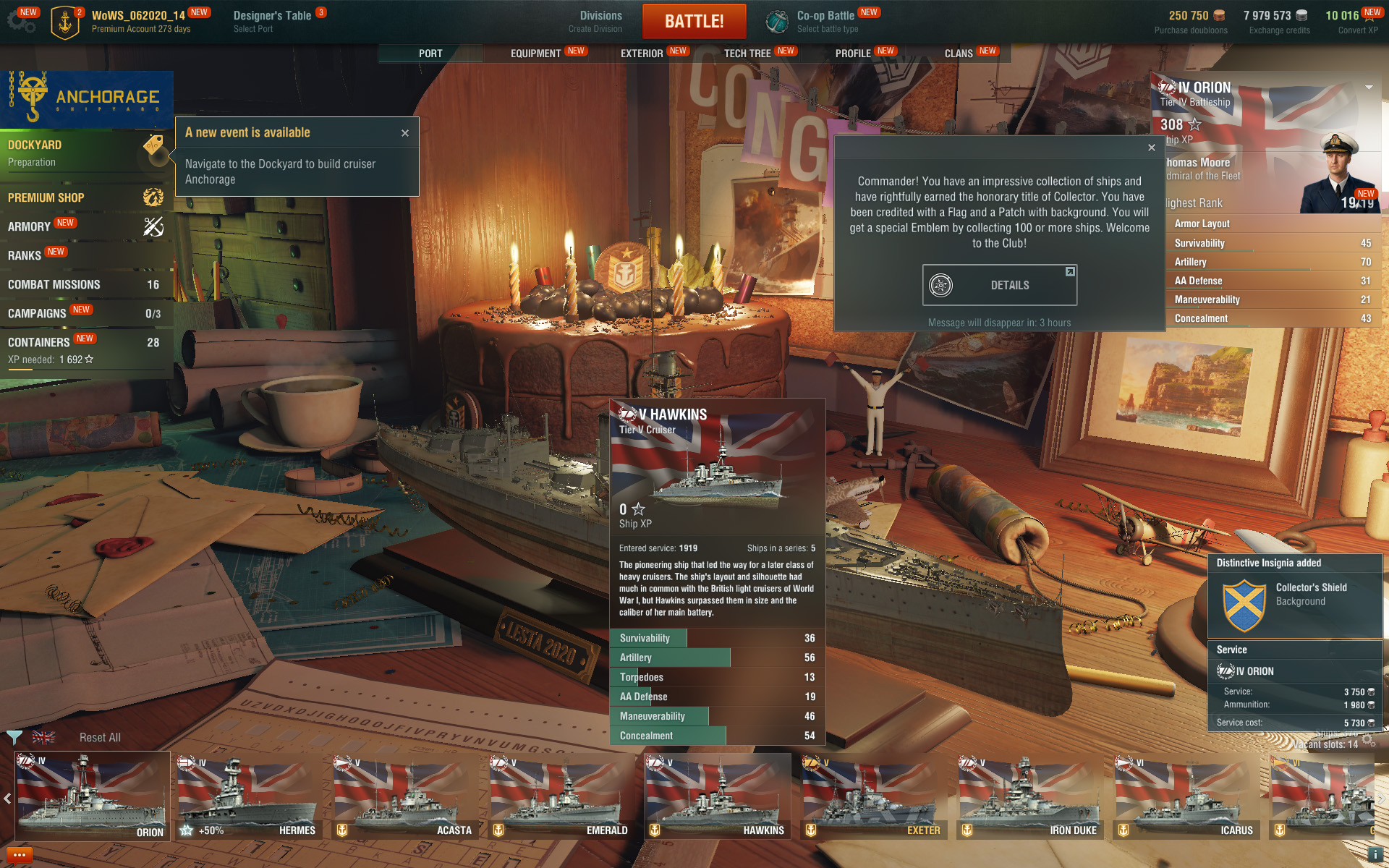 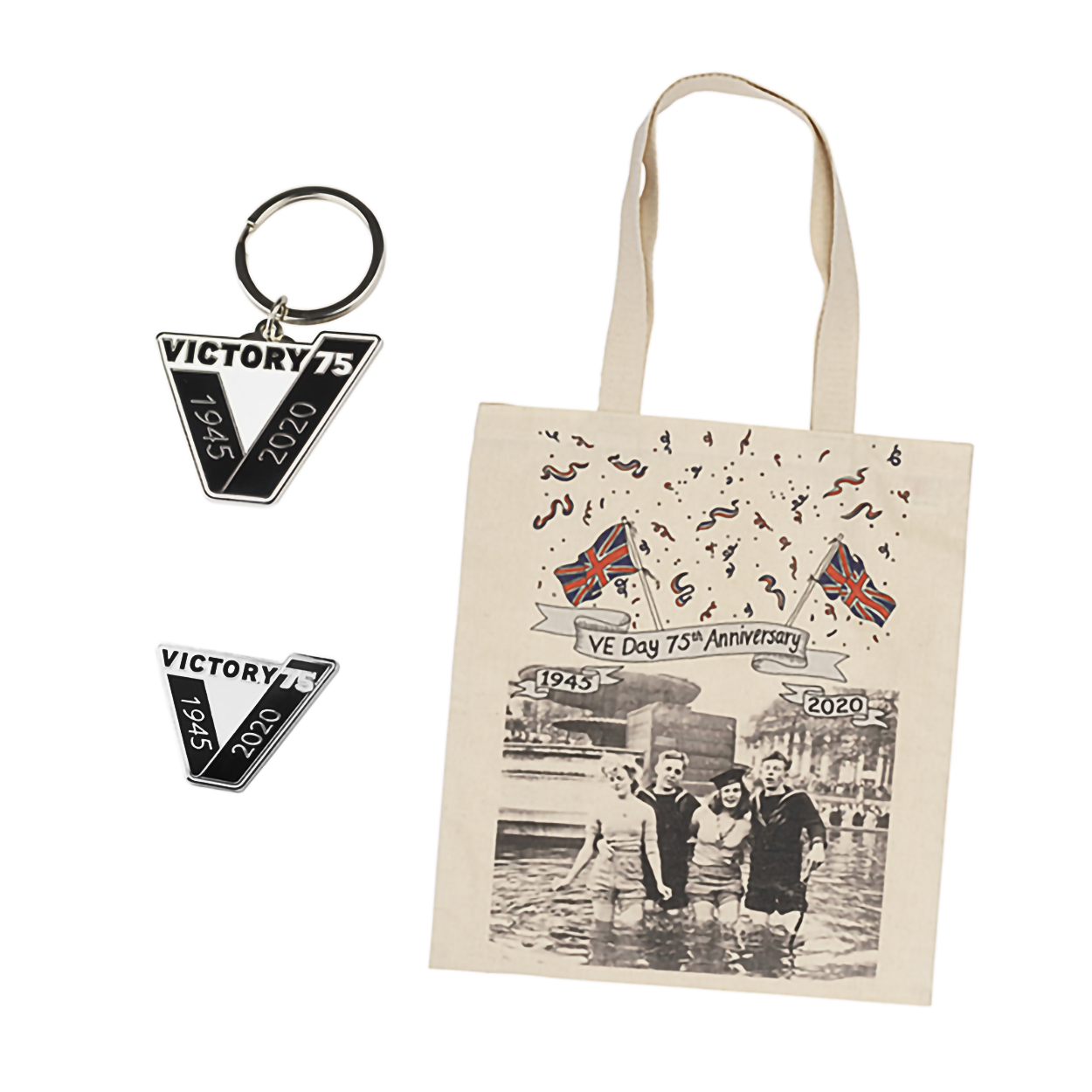 VE-Day 75 Souvenir pack
£10
Remember earlier this year when we were all getting excited about VE-Day 75th anniversary? Well, you can pretend that it didn’t go down like a lead balloon thanks to Coronavirus with this souvenir pack. There’s a Victory75 keyring and enamel badge and a limited edition tote bag featuring the classic image in the fountain at Trafalgar Square.
Supplier: shop.iwm.org.uk 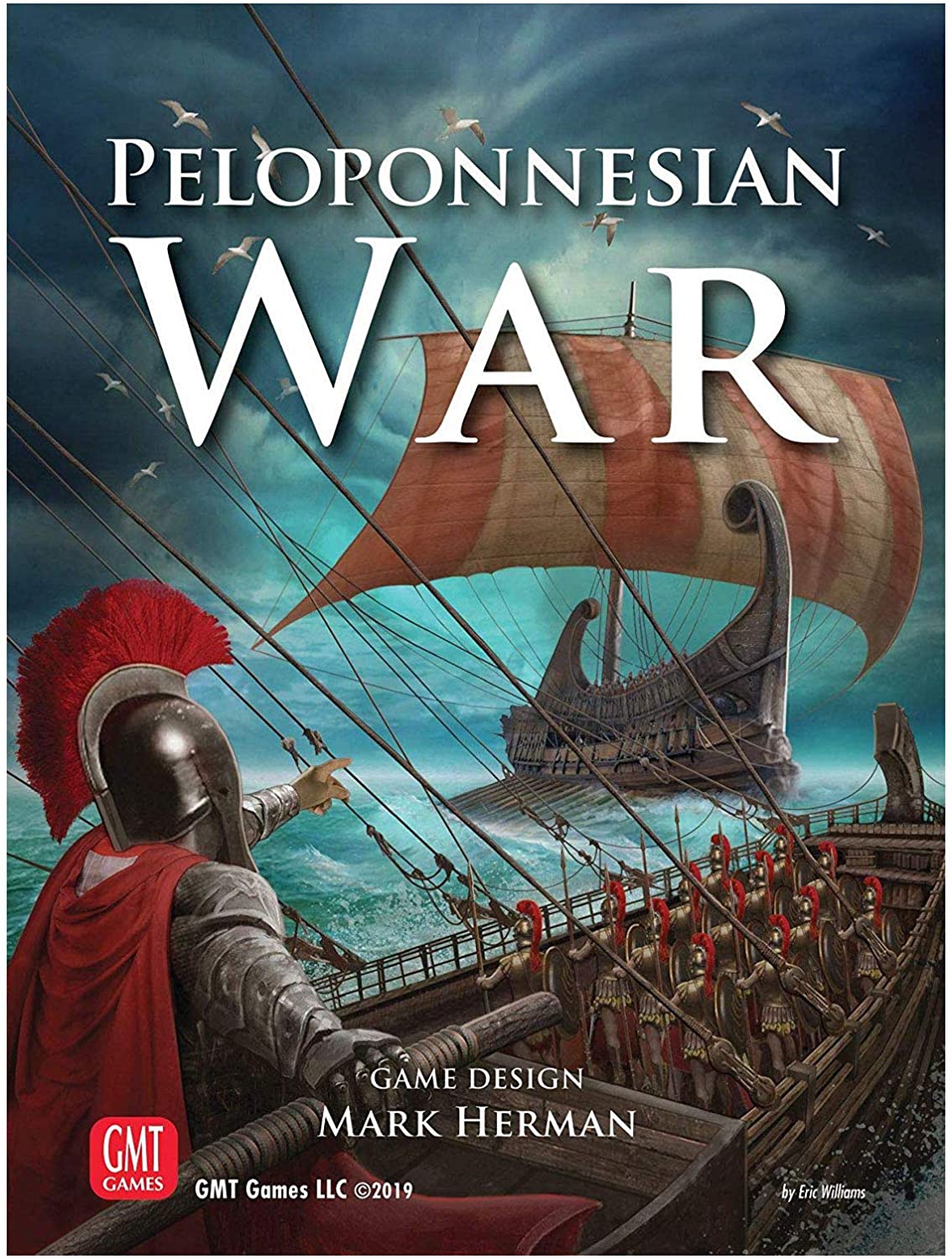 The Peloponnesian War
£61.24
The problem with family gatherings at Christmas (aside from the plague) is achieving any kind of consensus on what game to play. Well forget about the Monopoly vs BF V argument and gets yourself this game of ancient Greece that pits Sparta against Athens. Why? Because you play it on your own (a two-player mode is included). With high quality components, and an unusual game mechanic whereby you change sides when you are winning, this is your chance to sit in the corner and then scare the elderly by bellowing, “This is Sparta!” at every opportunity.
Supplier: www.amazon.co.uk 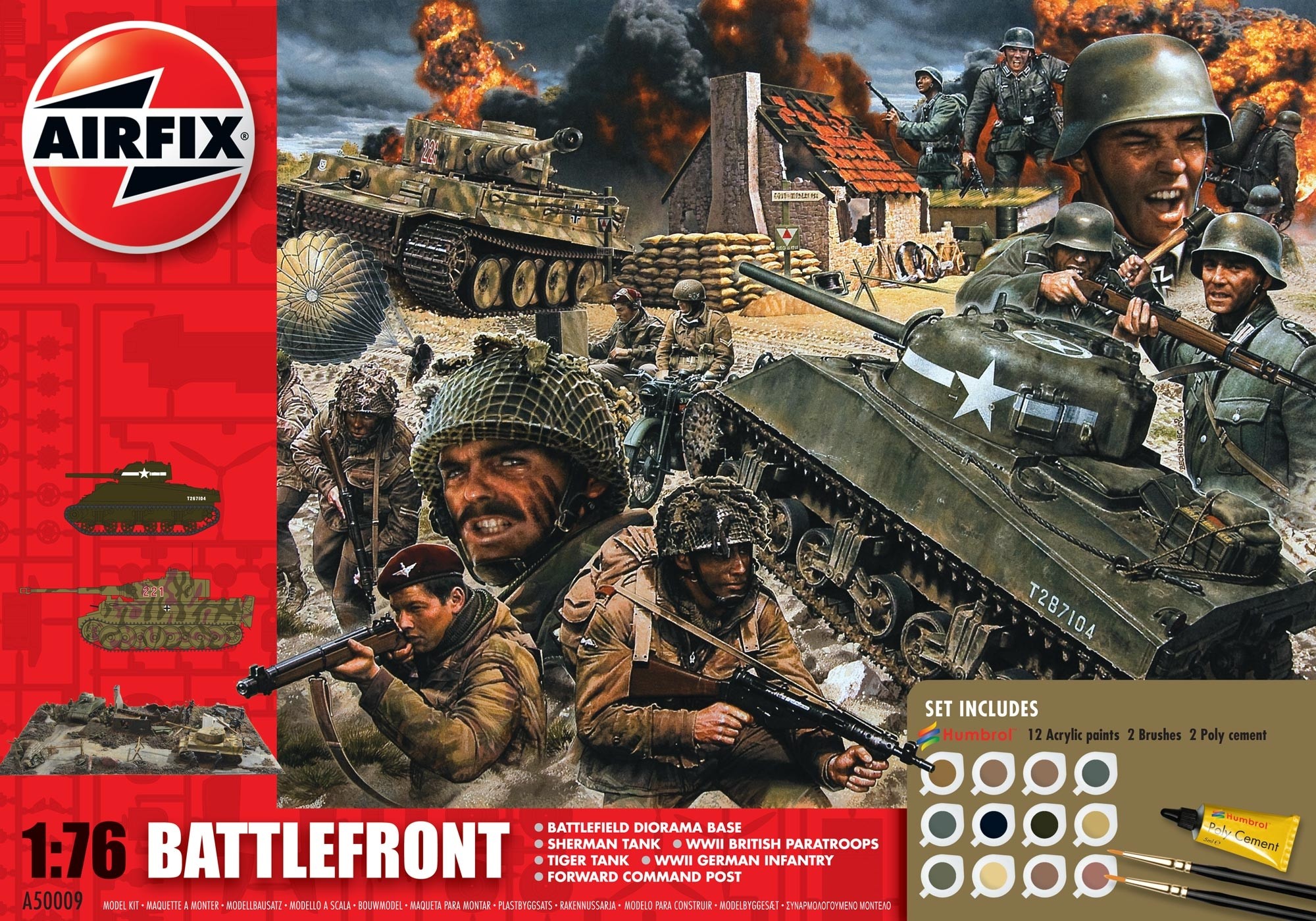 D-Day Battlefront Gift Set
£29.99
The ideal starter gift set here, in 1:76 scale, with a battlefield diorama base onto which you can arrange the Sherman tank, Tiger tank, WWII British paratroopers, German infantry and forward command post. It comes with 12 acrylic paints, glue and two brushes so you have everything you need to recreate D-Day without having to go to the nearest beach.
Supplier: www.airfix.com 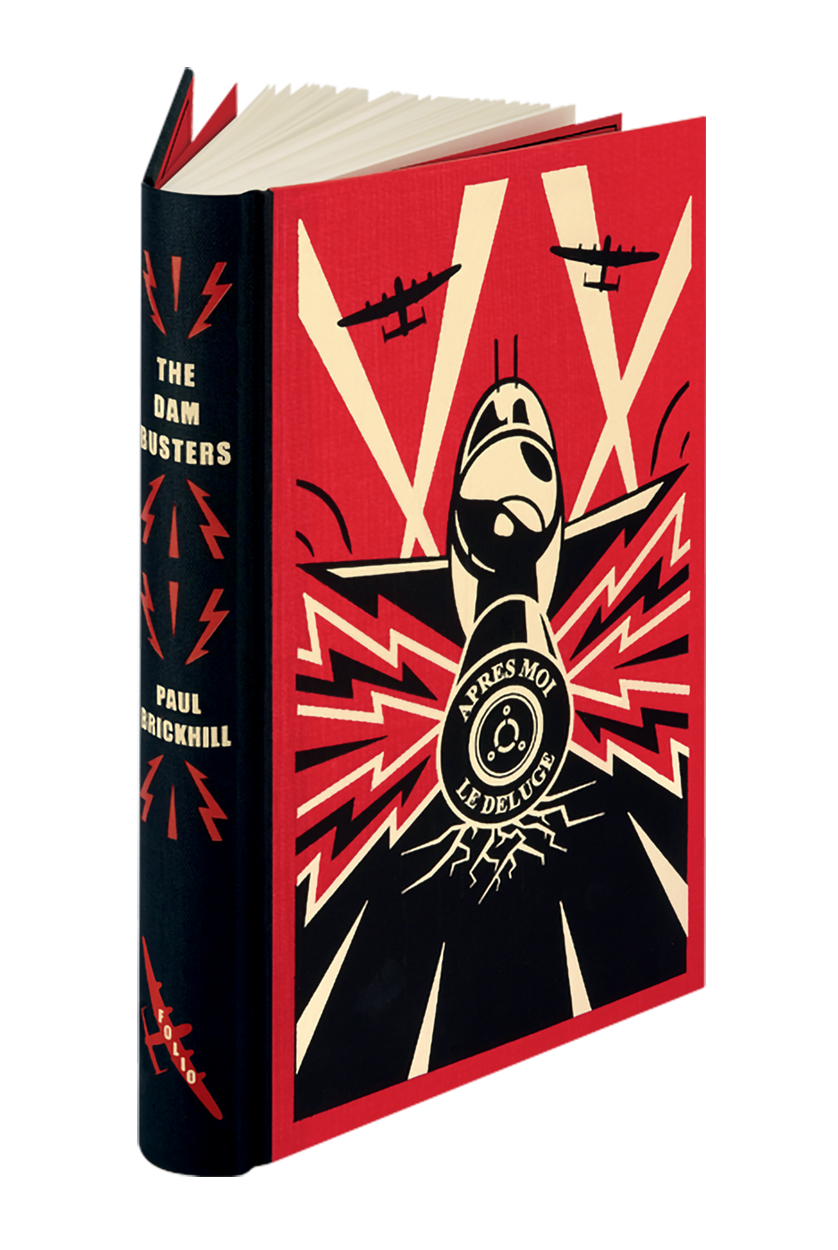 The Dam Busters
£42.95
A Folio Society special edition of Paul Brickhill’s tale of the story of 617 Squadron’s raid on the Rühr valley dams. This 280-page edition is illustrated with 16 pages of contemporary black-and-white photographs, including trials of the bouncing bomb. There are portraits of notable figures including Wing Commander Guy Gibson and Barnes Wallis. At the end are Wallis’ sketched designs from his original proposal to the Ministry for War. There’s also an interesting introduction by one of his four children, Mary Stopes-Roe, who recalls her father experimenting in the garden with catapults and marbles over a tin washtub.
Supplier: www.foliosociety.com 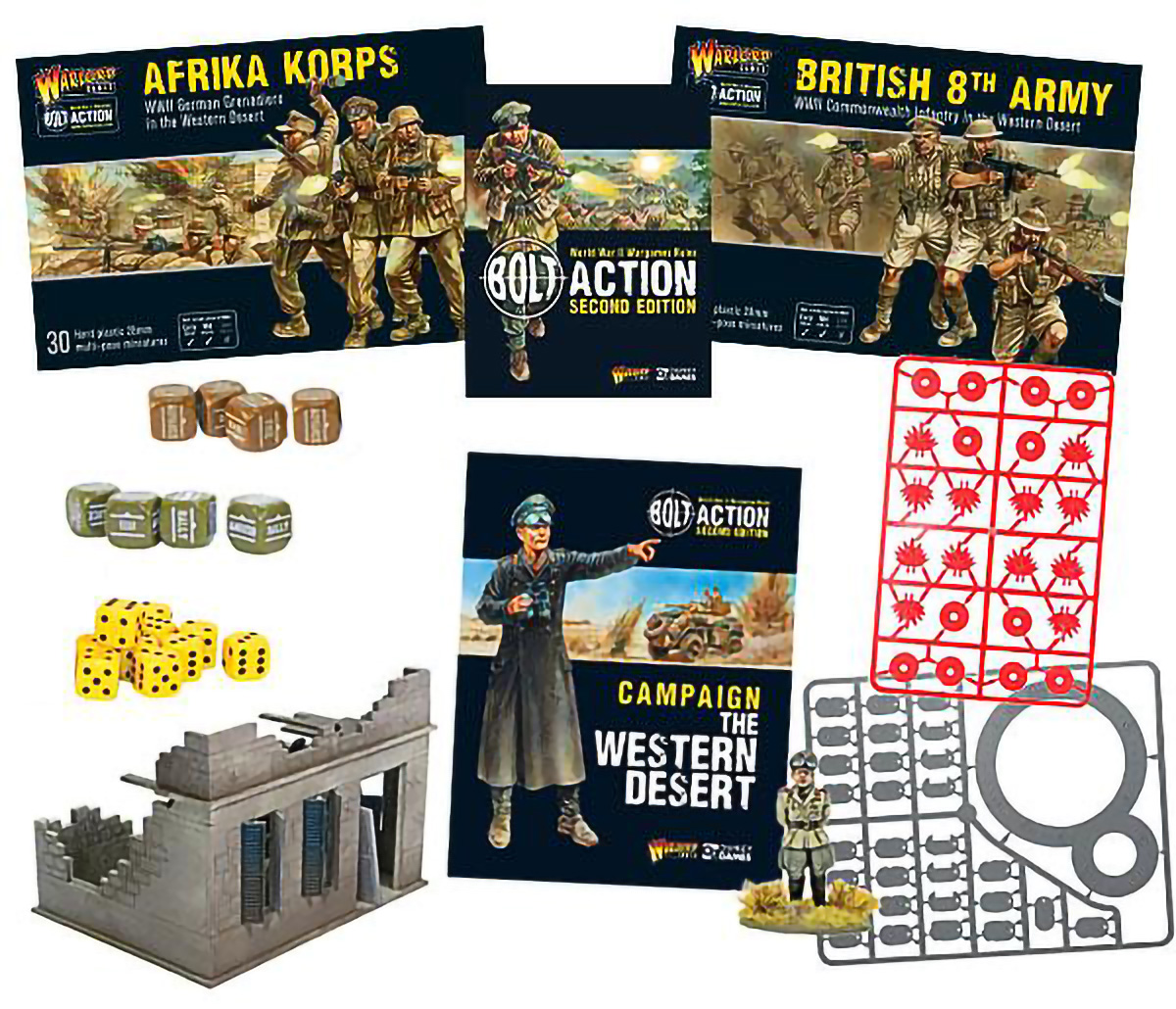 El Alamein Battle Set
£76.50
Following on from November's cover feature, here’s your chance to fight it out in the desert with Rommel and Auchinleck (as this is the first battle before Monty got there) courtesy of the Bolt Action miniatures. In this starter pack you get Afrika Korps and 8th Army figures, Western Desert book and a special miniature, an A5 version of the Bolt Action rules, a destroyed house, all the dice you need, templates, pin markers and tokens.
Supplier: www.warlordgames.com