Festival of the Forties weekend 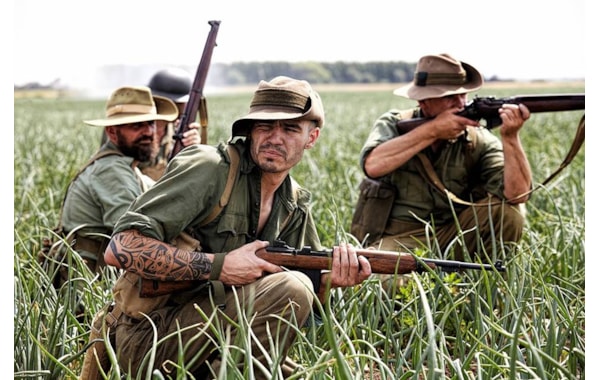 On patrol with the re-enactors 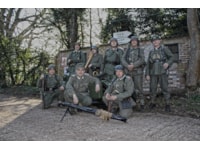 The WWII re-enactment and militaria event in Cambridgeshire aims to be bigger than ever this summer.

As the event name suggests it is primarily a World War II event, this year having 56 re-enactment groups converging on the Floods Ferry site at March, Cambridgeshire, from all over the UK.

There will be troops representing both Allied and Axis war machines. By having a mixture of military branches represented, you can learn the differences in weaponry and the suitability of uniforms and equipment provided by nations to their front line soldiers. These re-enactors will live as the actual troops did over the weekend i.e. cooking on camp fires and eating out of mess tins. Don’t be afraid to ask the re-enactors any questions you need answering as they will be more than happy to tell you all you want to know. Some will allow you to hold weapons and equipment, so you will know the weight and struggle those veterans had to carry into battle.
Saturday 22rd July will see a representative battle re-enactment from WWII take place. There will also be a selection of military vehicles on display, for the mechanically minded, to learn more about.
Whilst the troops were on the front line, the home front had to become a war economy. Factories stopped producing their normal goods to become munition factories, aircraft factories etc. Ladies went to work on the land producing food and this was an era of true recycling, turning tin into tin hats, and clothing handed down, because people had little, but they all stuck together. You will be able to see many fine examples of this in the Home Front section, with living history displays, learn about evacuation, plant and machinery, vintage vehicles and of course, The Home Guard, otherwise known as the Dad’s Army.
Throughout the weekend there will be arena displays and events for all to enjoy, compered throughout. Food stalls, beer tent, 1940s dance lessons, and daytime marquee entertainment. And trade stands aplenty. There will be a flypast of Battle of Britain Memorial Flight aircraft on both days, these being the Spitfire and Hurricane on the Saturday and an iconic Spitfires on the Sunday (times to be confirmed by BBMF, and subject to serviceability and operational requirements).
When night falls on Friday the festival’s Bier Kellar opens with plenty of belly laughs and fun to be had with one of the top Oompah bands in the country.
Saturday night is the night for dressing up, even if it's military uniform, for a fantastic Big Band Dance, trying to recreate those wonderful dances from long ago, which gave short respite from the horrors of war (unless of course they were interrupted by an air raid siren).
The Festival is located at March in Cambridgeshire, postcode PE15 0YR, on 21, 22 and 23 July. Adult day tickets start at £7 each, with children (age 5-16) costing £3. More details at www.1940sfest.org.