Hugh Trenchard, the Father of the Royal Air Force 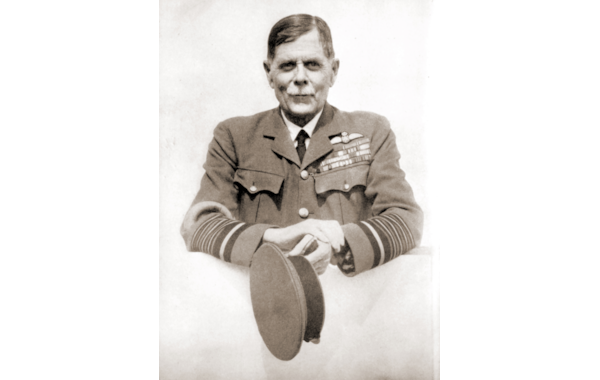 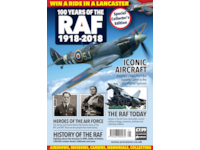 To kickstart this celebration we look at Hugh Montague Trenchard who "was a native of Somerset, being born in 1873 at Windsor Lodge, Haines Hill in Taunton. He was the son of Henry Trenchard, a solicitor, and Georgina Tower, the daughter of a Royal Navy captain. Seeking a career in the military, Trenchard found himself rejected by both Dartmouth and Woolwich, since he struggled to pass the necessary exams. Nevertheless, he persevered and managed to gain a commission, in 1893, in the Royal Scots Fusiliers.

Joining his regiment in India, Trenchard did not prove popular with fellow officers, earning the nickname ‘the Camel’ on account of the fact he did not drink and was inarticulate, not to mention socially awkward. However, respect for him grew as he demonstrated his considerable talents for playing polo – it is said he vigorously fended off a young Winston Churchill during one match – and seemingly had an ability to pick winning horses.

Active service came in late 1899, when Trenchard was sent to South Africa during the Anglo-Boer War. In 1900, he was promoted to Captain and was given the task of forming and training a mounted company. In action, Trenchard proved to be a fine guerrilla leader, but he would be wounded in a Boer ambush and invalided home to England. Yet, despite a serious injury to his left lung, he recovered and returned to South Africa in 1901, demonstrating fearlessness in battle.

Following the defeat of the Boers, Trenchard rose to the rank of Lieutenant-Colonel and undertook a number of overseas appointments and military related projects. However, in 1910 he fell seriously ill and was again invalided back to England, re-joining the Royal Scots Fusiliers at the reduced rank of Major in 1912. It would be in this year, while looking for new opportunities, that he made the decision to join the newly formed Royal Flying Corps (RFC).

Spending £75 on lessons, Trenchard gained his flying certificate from the Royal Aero Club in July, after a mere 64 minutes in the air. He then went to the Central Flying School in Upavon, Wiltshire, where he was appointed to the staff and became assistant commandant, holding the rank of Lieutenant-Colonel. Here, he displayed a talent as an effective organiser and earned the nickname Boom, due to his booming voice."

To read the full feature on Hugh Trenchard, and all of the other heroes we remember, pick up your copy of 100 Years of the RAF 1918-2018 in your local WHSmiths or to purchase your print or digital copy please click here