When Hitler invaded the Soviet Union for some in the east, it was the chance to fight against the Communist regime. Many Tsarist Russians, previously exiled in the now German-occupied territory, volunteered for service with the German forces. Some were accepted, but the vast majority of the eastern volunteers came from a country Hitler least expected to get support - the USSR itself. The reasons are numerous, the Soviet Union was huge and many different races resided there. Communism banned religion and many people of the southern states were Muslims. Others, like the Ukrainians, were royalists while others, like the Cossacks, had little love for the Communists. On top of that, individual officers of the Red Army deserted due to the officer purges. Whole divisions went over. They thought it was better to volunteer for military service with the Germans than rot in a camp. 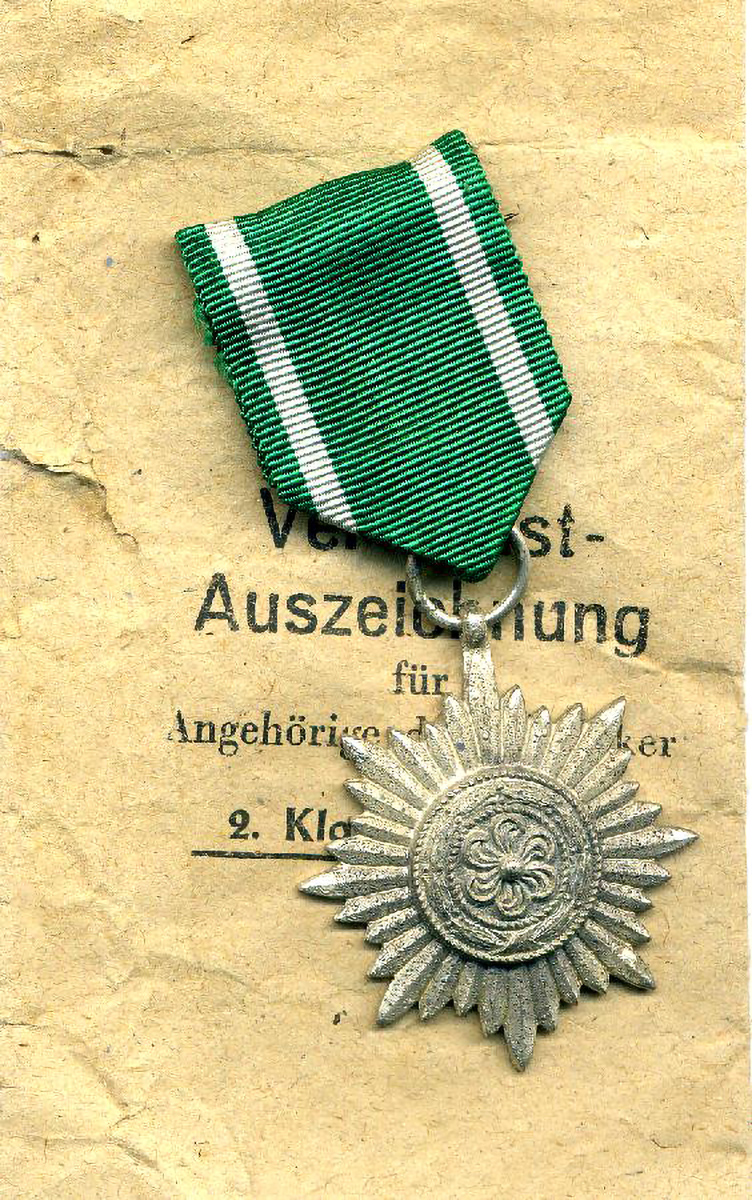 A large amount of these people greeted the invading Germans as saviours, as did those in the Soviet-controlled Baltic states like the Latvians and Estonians. Many formed Auxiliary battalions to help the Germans and so the German officers applied the same criteria of awards and medals to these auxiliary units. Iron Crosses and Assault badges were awarded. However when word of this reached Hitler he forbade the issue of any German medal or badge and all the recipients had to return  them. He also banned the issue of any tunic with the eagle and swastika to the Slavs.
It took a great amount of pressure but, finally, on 14 June 1942, nearly a year later, Hitler gave the approval of an official award to be given to the Eastern People or Ostvolk. These awards came in two classes and five grades, this is then sub-divided into Military (with swords) and Merit (without swords).
The 1st Class award comes in a pin back form, not unlike the Iron cross pin. The award consists of a 50mm, eight-pointed starburst with two inner rope borders, around a central flower. There is no swastika at all present. The award is in Gold or Silver grades. Both of these then come with or without swords, so there are four 1st Class variations.
Like its Iron Cross 2nd Class counterpart, the Ostvolk 2nd Class awards are suspended from a ribbon. The colour of the ribbon depends on the class of which there are three – Gold, Silver and Bronze. 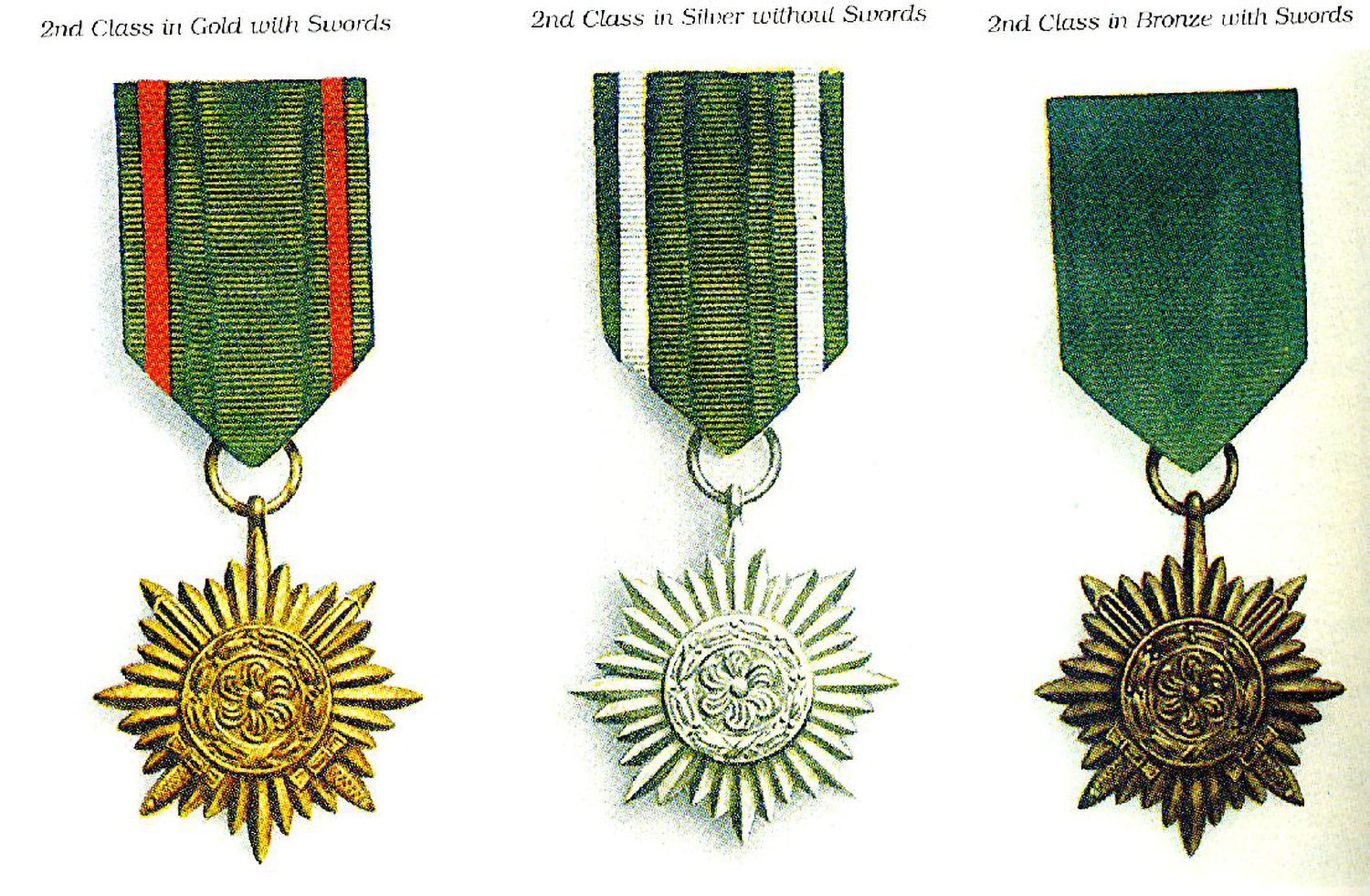 This is probably a manufacturers trial that was just issued per se. Some believe that this ribbon is for the Vlassov troops and in some places it is referred to as the Vlassov ribbon. However, if this were really so, then surely the ribbon would be more common and photo records of Vlassov troops wearing this ribbon would probably have shown up by now.
A little while later it became available to the German forces in the Silver grades only. The reason was twofold for this:
1. It created a feeling of comradeship between the German and Russian counterparts.
2. For the award to be given to a German he had to hold the Iron Cross 2nd Class and the Iron Cross 1st Class before he could be awarded the 1st Class Ostvolk award in Silver. This distinction elevated the award on par to the Iron Cross and removed the Micky Mouse stigma attached to it when it was only an Ostvolk award.
The award was as always, noted in the recipient's pay book as well as a citation issued. These citations can be bilingual (eg both Russian and German) and are in fact rare. 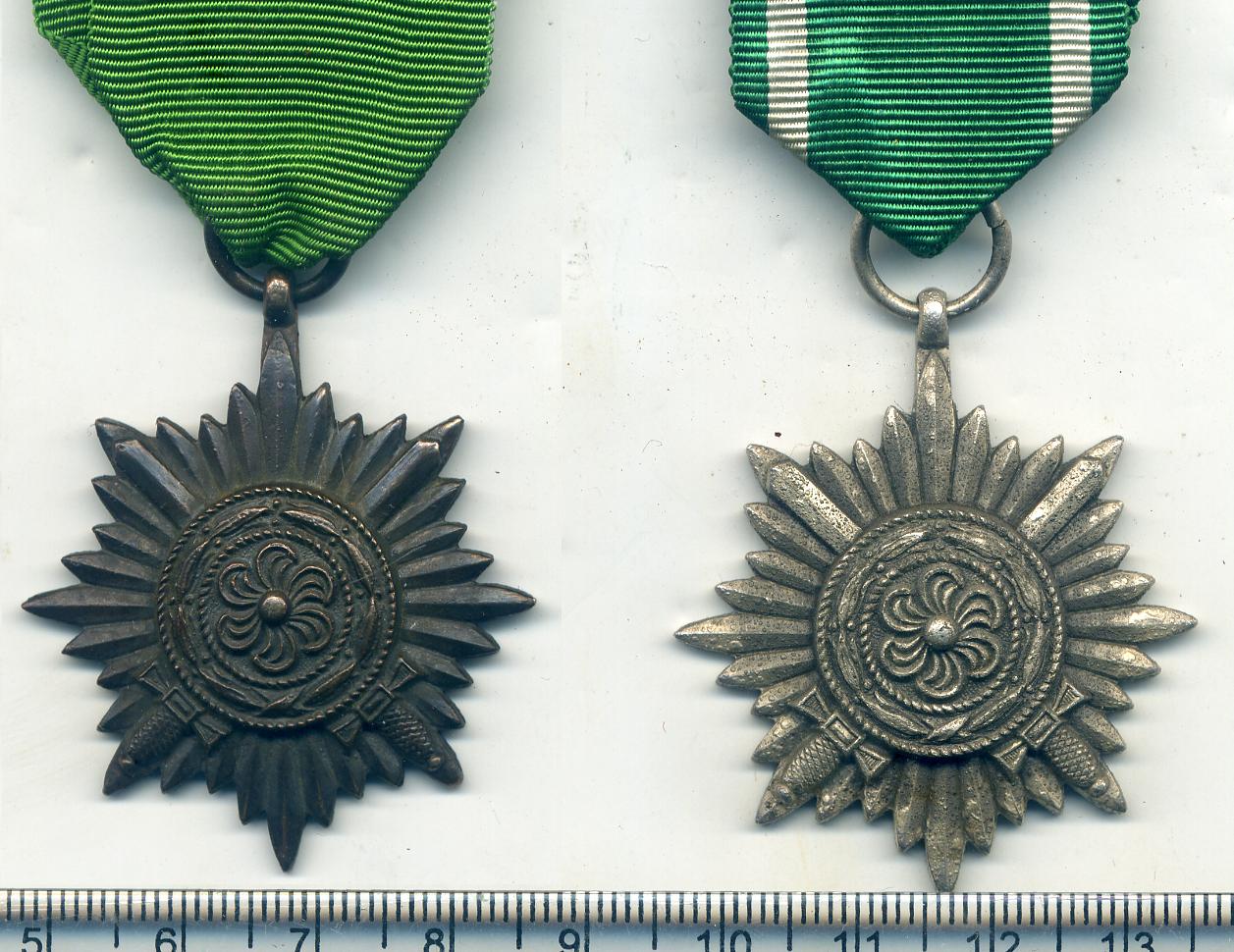 Some time later Hitler, due to pressure again applied by the Heer pro-Russian element, allowed the Ostvolk troops to be awarded the Nazi Wound badge and the General Assault badge. This may account for the Bronze grade of the General Assault badge being manufactured by more than one maker and worn/awarded. As I have personally had one of these rare badges from a British NCO, who removed this and the Penal Service belt buckle, along with other awards, from a Russian in the German Army, this confirms, to me at least, that this is what it was for. 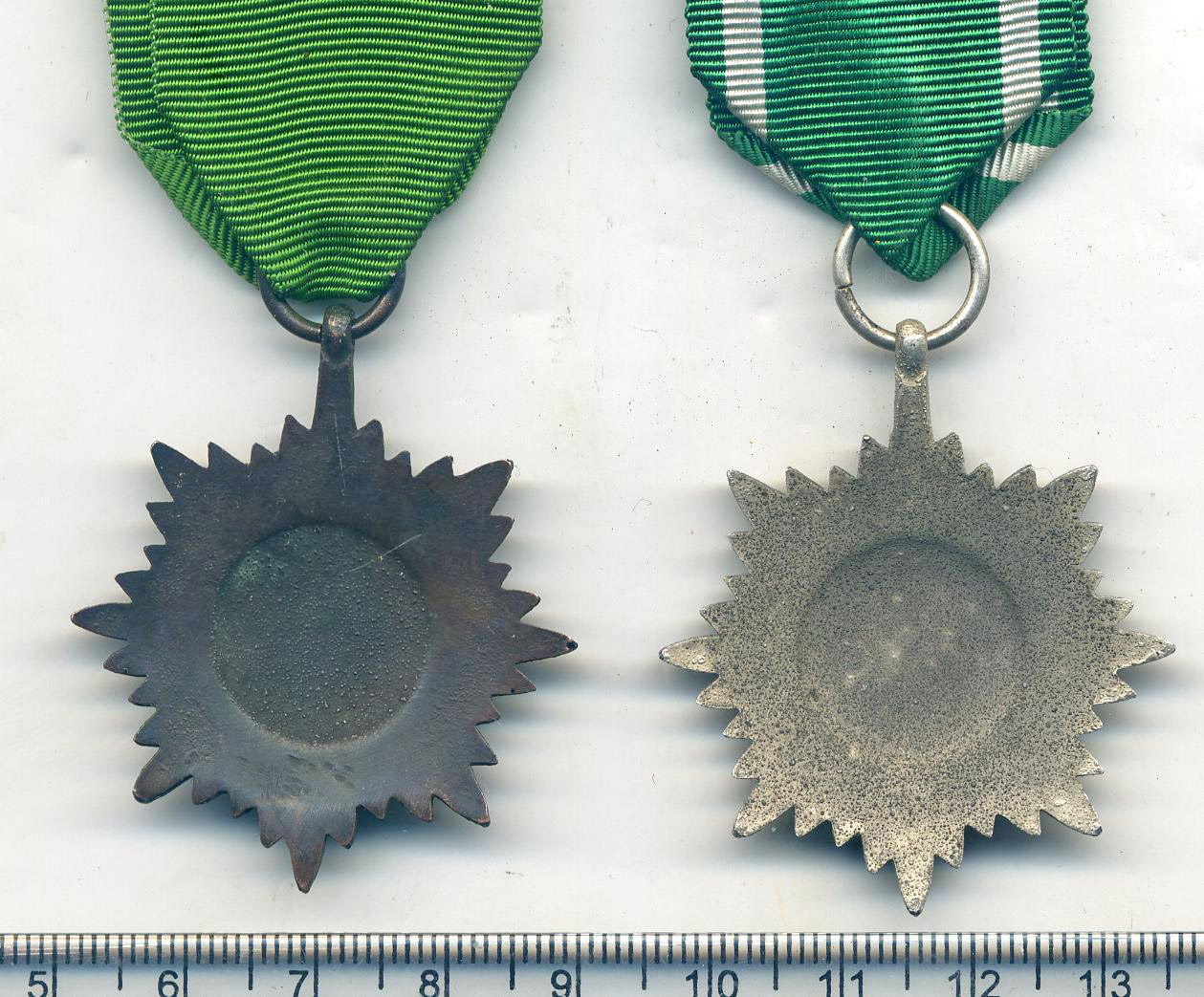 It was not until 1944 that they were allowed the right to the Iron Cross. It is not known if those awards removed from holders in 1941 were restored or not. As many collectors are aware, there is a great deal of sadness attached to these awards. Due to the Yalta Agreement, Britain and America agreed to hand back to the USSR all the Russian POWs it captured. Much to the shame and horror of many of our soldiers, these orders were carried out and the award of this badge ensured a one way trip to Siberia!
In 1957 this award was re-issued in the original form (as it had no swastika) and all grades were manufactured. Fortunately, these awards can be told apart, due to the metal quality used.

Cases and paper packets of issue
Just like the Iron Cross, the 2nd Class awards came in a paper packet with the full title printed in black to the front. The 1st Class comes in a two-piece, hinged box with the award's logo to the lid. This is in both gold and silver and shows whether the grade is with or without swords. The box is opened by a press stud. The under lid is lined with white silk and the base is black and has a cut out for the pin to sit in.
So far, the only manufacturer's mark encountered have been that of ‘100’,  both on the 1st class awards (under the pin) and again, ‘100’ on the ribbon ring.

Reproductions
As with all German World War II items, reproductions exist.  It is easy for the collector to spot the lead copy. As time has gone on, better quality items have been made. As a general rule of thumb, avoid the 1st Class types with the post-war Souval catch, and any 2nd Class awards that are maker marked on the loop with the code ‘16’.
Due to the fact that the 1957 type are readily available and of good quality, I would assume that it will be some time before serious attempts at reproductions of these are made, for example. Although, they will try to pass off 1957 versions as wartime awards.

Values
It is hard to estimate the values, but as a rough guide, you should expect to pay at least the following for nice quality awards.

Note that in Germany, this award is regarded highly and as a consequence, the price is approximately 50% higher. You can also add about £75 for boxed examples and £50-£60 for any packets.