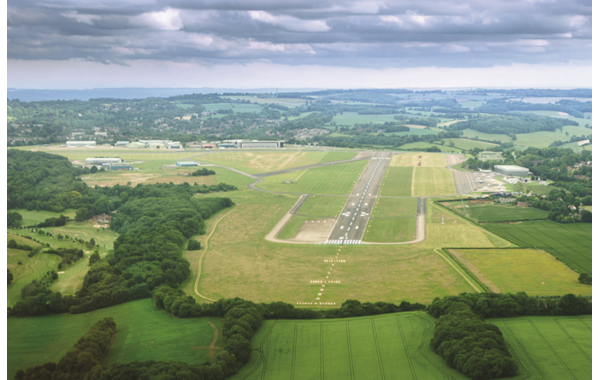 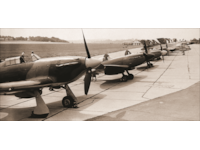 We are celebrating 100 years of the RAF by bringing to you small excerpts from our special collector's edition bookazine 100 Years of the RAF 1918-2018. While the 1st April 2018 marks the 100 year anniversary, this special  date is one we have been thinking about for quite some time. From the same team behind The Armourer magazine, we have produced a special 130-page bookazine to celebrate the heroes, the places, the planes and of course the history of the RAF.

Our second excerpt in our mini series looks at the RAF Biggin Hill:

'Today, perched on the top of the North Downs in Bromley, lies London Biggin Hill Airport – formerly RAF Biggin Hill. Best known for its key role as a fighter station and strategic airfield in the Battle of Britain, the base gained the nickname, The Strongest Link, due to its invaluable defence of London and South-East England from German bombers during both WWI and WWII. Sited 600ft above sea level and only 14 miles from Central London, Biggin Hill was ideally placed to control the sector as Fighter Command for No.11 Group. However, that prominence also made it a prime target for the Luftwaffe, with repeated attacks that would see several buildings destroyed and personnel killed. Despite the best efforts of Hermann Göring's bomber units to destroy the base during the Battle of Britain, RAF Biggin Hill continued to function as a strategic airfield, launching squadrons of Spitfires and Hurricanes that would ultimately claim hundreds of enemy aircraft and secure its reputation as the strongest link in the RAFs chain of airfields.'

To read the full feature on the airfields and planes of the RAF pick up your copy of 100 Years of the RAF 1918-2018 in your local WHSmith or to purchase your print or digital copy please click here.