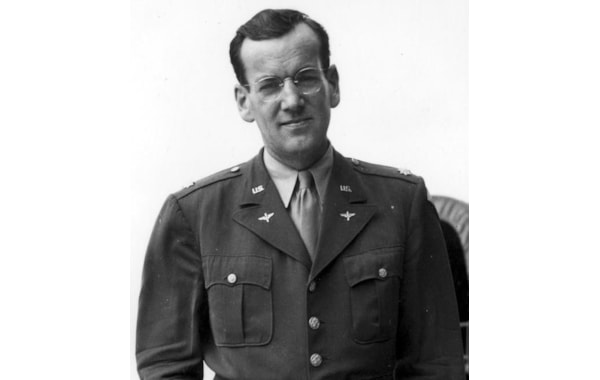 Glenn Miller is still listed as missing in action from 1944

That’s the finding of a new book from historian Dennis Spragg who refutes the long-held assertion that Lancasters dumping bombs were responsible.

Glenn Miller was a hugely popular entertainer and would perform for the troops to raise morale. On 15 December 1944, he boarded an Eighth Air Force Service Command aircraft at the RAF Twinwood aerodrome in Bedfordshire.

The destination was Vélizy-Villacoublay in France before heading to Paris to organise a Christmas concert for the troops. The aeroplane never arrived and the official investigation determined that the likely causes were pilot disorientation, mechanical failure and/or the weather. However, in 2001 a TV documentary challenged the official line by reporting that a flight of 139 Lancaster bombers were returning from an abortive mission to Germany and dumped their ordnance over the Channel. One of the navigators is claimed to have said that he saw a "kite", or small aircraft, crash into the sea below as the bombs were dumped.

Spragg’s new book refutes that, claiming: ‘The lowest altitude any Lancaster reported for a jettison was 5,000ft. The recommended jettison altitude was 6,000ft. One mile is 5,280ft. A Norseman flying almost one mile below would have looked like an indistinct flyspeck. Also, it was the obligation of airmen to report friendly aircraft in distress over Allied territory.’

None of the Lancaster pilots and crews filed a report of an incident when they landed. Spragg asserts that the plane was flown by an experienced pilot and it was in working order but crashed due to mechanical failure caused by pilot error and the weather. In other words, what the original report said all along. The details are all in the book titled, Glenn Miller Declassified, available from Potomac Books from 1 September.