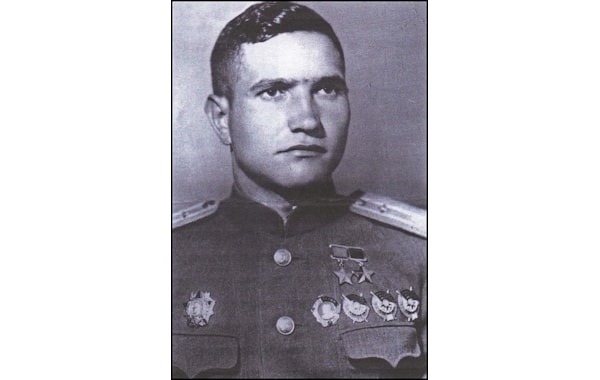 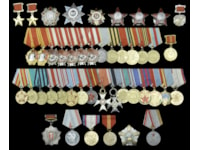 A group of 44 awards to a Soviet fighter ace drew fierce bidding from Russian collectors at the recent Dix Noonan Web auction.

A significant group of 44 decorations and medals, awarded to one of the Soviet Union’s greatest fighter aces of WWII, attracted fierce competition from Russian buyers at Dix Noonan Webb, selling for £144,000 including buyers’ commission (£120,000 hammer price).

The awards of General- Colonel of Aviation Andrei Borovykh, which had come from an Australian private collection, have now been reclaimed by one of his compatriots.

Mark Quayle, a medals specialist at Dix Noonan Webb, said, “This spectacular price reflects both the extraordinary achievements of one of the Soviet Union’s most brilliant fighter aces and the strength of the market for Russian orders, decorations and medals. We had an unparalleled level of interest from Russian collectors prior to the sale and it became increasingly clear that we would have fiercely competitive bidding at the auction. We are delighted that Andrei Borovykh’s remarkable group of decorations and medals has gone to a Russian buyer.”

Borovykh was credited with shooting down at least 32 Axis aircraft and shared 14 other victories accumulated over three fronts. A master exponent of the dogfight, he regularly engaged enemy formations, where he was often outnumbered by at least three to one. Despite this and the limitations of his aircraft, he managed to shoot down two enemy aircraft in one day on seven separate occasions. His gallantry and skill led to him being made a Hero of the Soviet Union twice, receiving the Order of Lenin twice and the Order of the Red Banner on five occasions. All of these together with numerous other decorations and medals from the Soviet Union and other Warsaw Pact countries were in the lot sold at Dix Noonan Webb along with an archive of original documents. The pre-sale estimate was £10,000 to £15,000.

Despite being shot down and wounded in 1943, Borovykh survived the war and went on to become Commander-in-Chief of the Soviet Union’s Air Defences from 1969 to 1977. He died in November 1989 and is buried in Moscow.