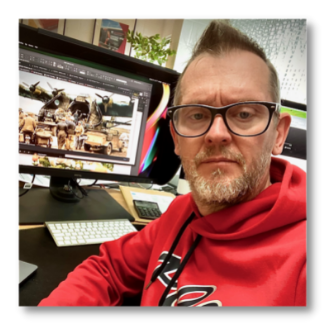 Since Issue #1 of Iron Cross magazine, we have been fortunate to have had the input of our house colourisation artist, Richard J Molloy. Richard specialises in the digital colourisation of historic images. His speciality lies with military subjects and his knowledge is acquired from lengthy study of known colours and detailed research using period colour charts. Additionally, he has been able to use colour references comprising surviving period uniforms, badges, medals, vehicles, aircraft, and equipment.

Using this acquired knowledge, and with access to such reference sources and subject specialists, Richard has been able to construct accurate representations of period images. His evaluation of those images is often carried out through forensic research, requiring background investigation to properly represent the images being coloured.

A case in point in respect of Richard’s work was a feature carried in Issue #2 of Iron Cross magazine in which he uncovered the true colours carried on the Albatros aircraft of Jasta 1 in 1918. Hitherto, these had been thought to be yellow and black stripes. In fact, by careful interpretation of original negatives and matching these to a period shade chart used by the Austrian Army in 1918. This illustrated grey scale of images to known colours. Additionally, the surviving negatives could be studied to discover the plate and emulsion types used. Ultimately, this provide a match to the actual colours as opposed to those which generations of artists and modellers had supposed them to be.

Richard’s work continues to enhance and bring to life imagery for Iron Cross magazine and other publications from Warners, including The Battle of Britain in Colour and The Blitz in Colour.

Here, we showcase some examples of his superb work which can be seen in each edition of Iron Cross magazine. 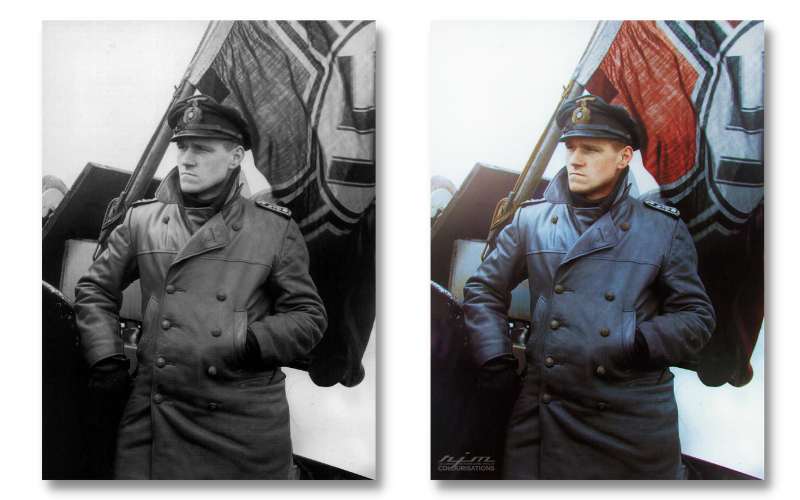 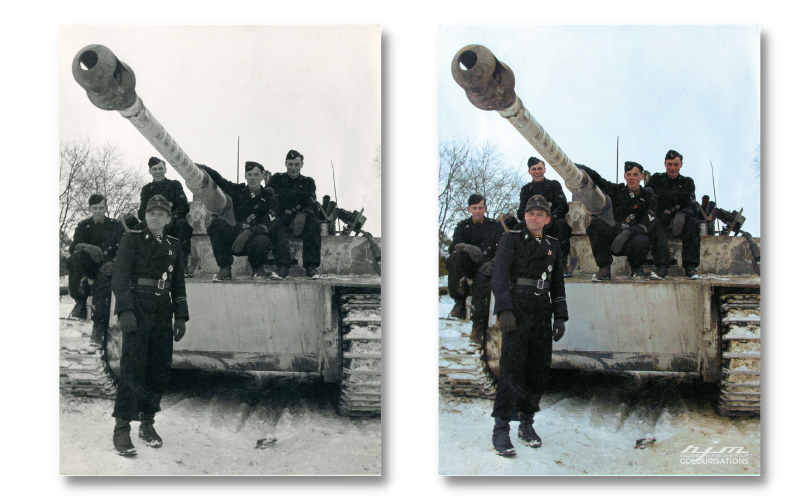 Further samples of his work can be found by visiting: - @colourbyRJM 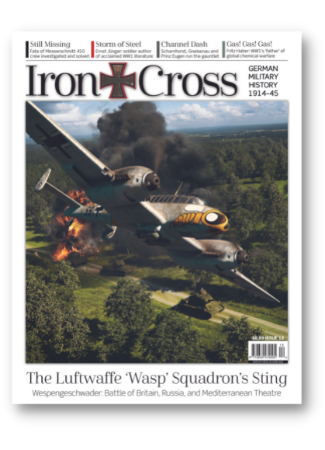 The UK’s only magazine of German military history from the First World War to the end of the Second World War.

Covering all aspects of German military history including the Imperial German forces of the Great War, the Weimar period and the Nazi period. Unique content inside issue #12 includes:

Our cover story: A photographic account of the Luftwaffe’s ‘Wasp Squadron, an extremely detailed look at the story of the ‘Channel Dash’ from both German and British perspectives, a biographical look at Ernst Jünger the soldier author who penned ‘Storm of Steel’, the grim story of Ernst Haber’s ‘invention’ of chemical warfare, the account of the odious Oskar Direlewanger’s last stand and a look at a remarkable war film ‘It Happened Here’. We also feature detailed coverage of the excavation of a Messerschmitt 410 wreck and unlock the mystery of a strange weapon fitted in the tail of German bombers. 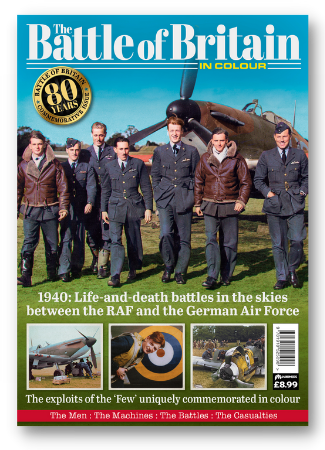 A unique and stunning high-quality collectors magazine showcasing the work of colourisation artist Richard and telling the story of the Battle of Britain through colourised images from the period.

This unique magazine will be a must buy for aficionados of the Battle and also collectors of militaria from the period. 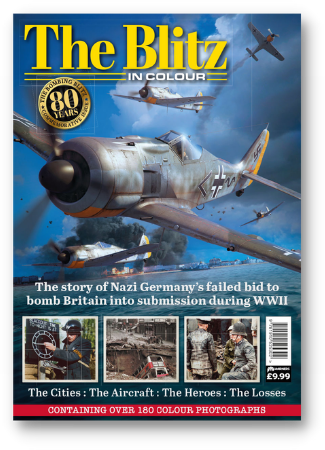 Covering all the military and human aspects of the Blitz. It doesn’t just look at London, it looks at all the UK cities attacked. It looks at the aircraft used, the losses and the heroic stories. It uses hundreds of original images which have been colourised by Richard to bring them to life.