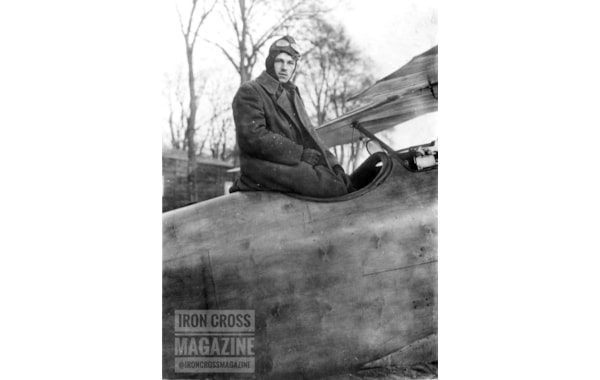 Read more on Festner, one of Manfred von Richthofen's "Band of Brothers"

Sebastian Festner was born in Holzkirchen, Bavaria on 30 June 1894. He was working as an automobile mechanic when the war broke out and was drafted as such into the Bavarian Fliegertruppe. In October 1914, he went to Flieger-Ersatz-Abteilung  1b at Schleißheim to learn to be an aircraft technician. There he became the personal mechanic of pre-war aviator Max Holtzem, who gave Festner “flying lessons because he was good and eager.” Festner nevertheless went on to service aircraft with Feldflieger-Abteilungs 7b and 19. Still wanting to become a pilot, he was returned to FEA 1b for flight training on 24 April 1916. His first field assignment as an aviator occurred with FFA 2b on 5 July. The following 10 September saw him convert to single-seat fighters first with FFA 18 and then FFA 5b’s Kampfeinsitzer-Kommando III on 25 September. Soon after Jasta 11 became operational on 10 October, he was transferred to the unit as one of its founding members.

Festner earned his first victory when his 5 February claim over a B.E.2 in British territory was granted. Less than two weeks later on 16 February, he achieved his second confirmed success. As was mentioned earlier, these were the first successes for Jasta 11 by someone other than their new CO, Manfred von Richthofen, who had made his first flight with the unit on 23 January. Festner appeared to be off to a good start; however, for reasons now unknown, he would not score again until 2 April – the beginning of the month in which the Royal Flying Corps suffered such grievous losses that they mournfully referred to it as “Bloody April.” Then his victories began to mount. He became an ace when he downed two aircraft on 5 April. He was celebrated in the newspapers for the last of these because its pilot was none other than Capt. William Leefe Robinson, who had been awarded the Victoria Cross for being the first pilot to shoot down a German airship over Britain on the evening of 2/3 September 1916. Festner continued his streak with victories on 7, 8, 11, 13 (a double), 14, and 16 April, raising his tally to 12. His performance during the first half of April demonstrated that he could keep pace with his comrades by garnering 10 victories (...) on 23 April 1917 (...) his country also recognized his achievements by awarding him its Royal Hohenzollern House Order, Member’s Cross with Swords – a distinctive honor since only one other Member’s Cross had been awarded at that point in the war (....)

To find out more about the career and fate of Sebastian Festner and other members of Manfred von Richthofen’s ‘Band of Brothers’, make sure to pick up a copy of Iron Cross, Issue 8  (available to purchase by clicking here), in which you will find a comprehensive overview of the Red Baron’s closest comrades, written by aviation historian Dr. Lance Bronnenkant.