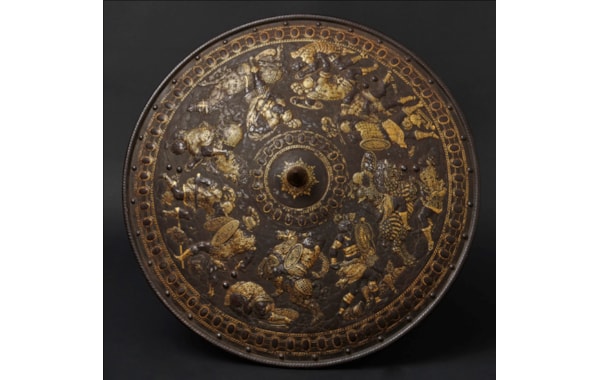 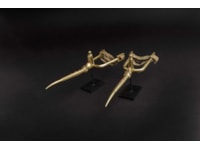 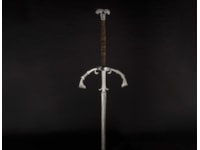 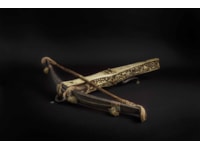 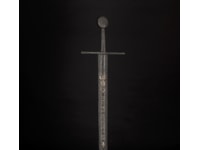 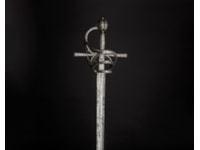 The fine art of armourers and blacksmiths from all over the world will be up for grabs in the 89th Auction of Hermann Historica on 27 May.

The impressive craftsmanship of the early armourers and blacksmiths is clearly evident in the 322 lots, with a range of medieval and early modern objects from arsenals and royal armouries. Technically sophisticated and meticulously detailed, armour was not merely designed to protect the wearer, but also to underline his prestige.

Invariably walking the tightrope between optimum mobility and optimum protection, the most outstanding craftsmen of their time created objects beyond compare, such as a black and white half armour for a man-at-arms from South Germany, complete with the matching burgonet, which is now estimated at €25,000. Dating from 1560, every last component in this set of exceptionally decorative and homogeneous armour is original. This association can be clearly seen in the identical chased décor of finely inset, decorative lines and surrounding band of meander ornament in black and white, popularly known as running dog.

No less ornate, and requiring the skill of an excellent bladesmith to produce, are the scores of edged weapons on offer, some of which are extremely elaborate. A very early medieval sword appears to be the prototype of a Gothic sword, commanding attention with its striking, gold-inlaid inscription and a leaf ornament, arranged around a stylised eagle. The new owner will have to part with a minimum of €12,000 for this fabulous, remarkably rare piece. Listed at the same guide price, an imposing Brunswick two-hand sword from the late 16th century bears comparison with the finest arms. Its guards and finger rests are wrought in the shape of birds and its guard rings embellished with lion's heads.

Undoubtedly of courtly provenance and with similar pieces gracing prestigious collections such as the Wallace Collection in London or the highly respected former Dreger Collection in Berlin, a distinguished, silver damascened sword is expected to fetch €35,000. This extraordinary edged weapon, whose blade was forged in Solingen c. 1610, features almost every conceivable decorative technique. The quillons is embellished with openwork, inlaid in silver and partially gilt, while the grip is wound with silver wire and the pommel has six fullers, lavishly inlaid in silver, with gilt fullers. Shields, some of which were highly ostentatious, provided the final flourish to the equipment and defences of the combatants. One such is a Milanese gold-inlaid roundel, of breathtaking aesthetic appeal and with impressive workmanship, that probably dates from the second half of the 17th century. Adorned with antique-style warriors in combat, the iron shield is sure to coax an enthusiast into investing €20,000.

Next up, an exceptionally opulent Renaissance crossbow will not disappoint. Entirely veneered in bone, covered in hunting motifs (hunters and game), bids from €12,000 are welcome. Buyers will also be interested in the wide selection of sumptuous oriental weapons. One highlight, an 18th century pair of Algerian fire-gilt spurs set with corals, is an undisputed pièce de résistance among the rare African weapons and may now be acquired for €2,800.

The 89th Auction of Hermann Historica GmbH presents an extensive lineup of 3,303 collectibles from the specialist areas represented by the auction house, from antiquities to medieval armour and weapons, works of art and craftsmanship, Asian artworks and artefacts from military history, exquisite heirlooms from ruling houses, right through to antique firearms, all coming under the hammer from 26 to 28 May and on 1 and 2 June in Grasbrunn near Munich. All objects will be on display during the pre-sale viewing from 19 to 22 May and on 29 and 31 May.

For all objects you can find detailed descriptions and numerous photos in best quality on the website of Hermann Historica.