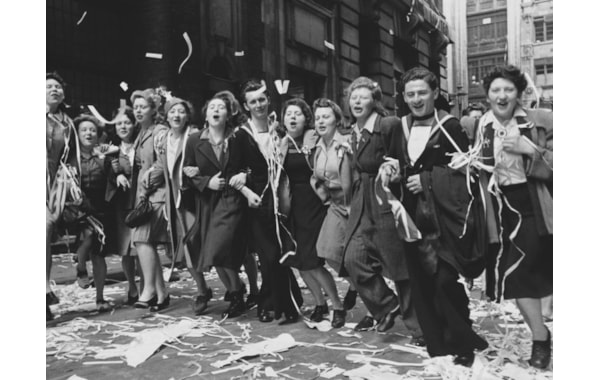 The May Day bank holiday in 2020 will be moved to commemorate the 75th anniversary of VE Day.

No sooner than The Armourer called for a May bank holiday to be used to commemorate VE Day than the Government announces that will be the case in 2020 for the 75th anniversary of VE Day. The last time a May bank holiday was moved was for the 50th anniversary in 1995. Unfortunately, this will not be a permanent move, it will be a one off, just for the anniversary.
The May Day bank holiday is always on a Monday, but will go back and be held on Friday 8 May 2020. VE Day, is so named for Victory in Europe Day and marked the end of fighting against Germany in Europe. The long weekend will host a variety of events, to be announced closer to the date, but will include 20,000 pubs encouraging people to toast the heroes of the war while churches will take part in a simultaneous Ringing Out For Peace.
Business Secretary Greg Clark said, “It will ensure as many people as possible have the opportunity to remember and honour our heroes of the Second World War and reflect on the sacrifices of a generation.”
The Chief Executive of the SSAFA, the Armed Forces charity, Sir Andrew Gregory, said, “It is our duty to keep the events of the past alive in collective memory, including future generations - this is how we ensure that such a conflict never happens again. It is our hope that the nation takes a moment to reflect on the significance of this date, as a milestone that changed the course of history for the whole world.”