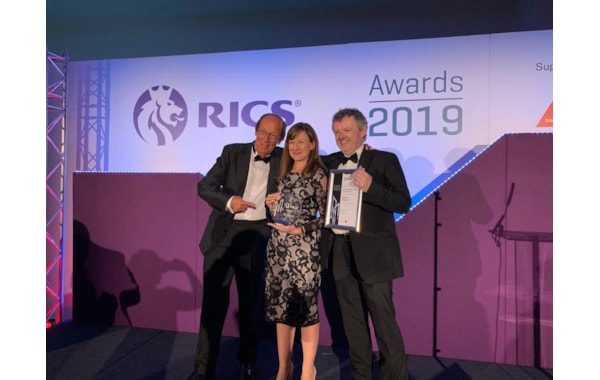 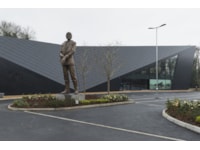 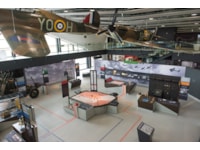 Hillingdon Council is celebrating after Bunker Exhibition and Visitor Centre wins the Tourism and Leisure category in the South East Region finals for this year’s Royal Institution of Chartered Surveyors (RICS) awards.

At the ceremony at the Hilton Hotel at the Ageas Bowl, Southampton on Thursday 16 May, judges from the RICS commended the project team’s collaborative approach in creating a centre that has a bold and contemporary design and houses an extensive exhibition with a range of interactive displays and a full-sized Spitfire and Hurricane.
The centre beat five other shortlisted nominees in the category and was assessed on its design and construction, along with the benefits to the area and increasing tourist numbers.
The judges also remarked that the building provides first-class facilities to showcase the Grade I listed Battle of Britain Bunker. By providing education and exhibition space, the centre ensures that people of all ages and abilities can experience the bunker and learn about the important history it played in the Battle of Britain.
The council acquired the Battle of Britain Bunker in 2015 from the Ministry of Defence and invested £6 million to create a permanent visitor centre at the site, which was opened in March last year.
The site now goes through to the national final on Friday 4 October in the Royal Lancaster Hotel, London.
Cllr Jonathan Bianco, Hillingdon Council’s Cabinet Member for Finance, Property and Business Services, said: “We’re truly honoured that this stunning building has been recognised as one of the best tourist destinations in the region and I commend everyone involved. It has also been incredibly well received by residents and visitors alike, with more than 25,000 people passing through its doors during its first year and an abundance of glowing reviews. We are hoping to replicate this success in the finals.”
The bunker is set to play host to a series of special commemorate events in June to mark the 75th anniversary of the D-Day Landings. To find out more, visit battleofbritainbunker.co.uk.

04 August 2020
Tweets by The Armourer Magazine