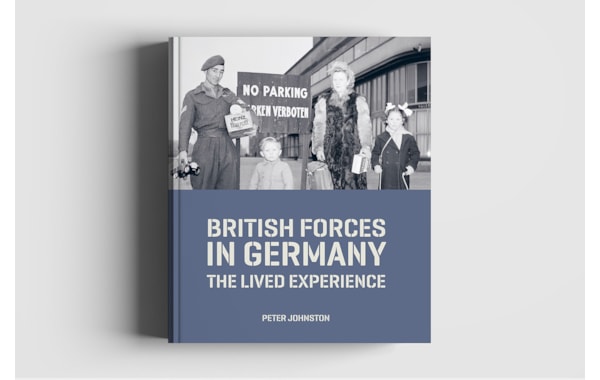 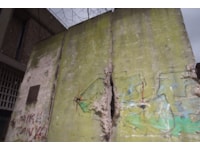 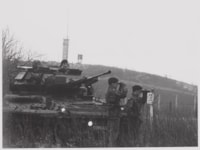 The National Army Museum in Chelsea, London has installed a section of the Berlin Wall to commemorate the 30th anniversary of its fall.

As Britain re-examines its role in Europe, the National Army Museum (NAM) reflects on 75 years of the British Army in Germany. Along with the installation of a section of the Berlin Wall to mark the 30th anniversary of its fall, the Museum has also launched a new book about the British Forces in Germany and announced its major exhibition for 2020.

Dr Peter Johnston, Head of Research at the NAM, was commissioned in 2018 by British Forces Germany to document the Army’s time in Germany as it began its final withdrawal from the country. After extensive research, including interviews with veterans and serving soldiers, the Museum has launched British Forces in Germany: The Lived Experience, the authorised account of the military’s 75-year commitment to the defence of Western Europe.

An illustrated military and social history, the book covers important military strategy, political events and Army operations such as those in Eastern Europe. Crucially, it also tells the personal stories of British soldiers and their families, and their changing relationship with the German people. The book is available to purchase at the Museum for £35.

The UK’s relationship with Germany over the last 75 years is a fascinating story of social and political change. It highlights the strength of the nation’s ability to both support and defend Britain and its allies through its military forces, as well as the power and importance of active deterrence. The Museum’s major exhibition of 2020 will take an immersive journey through this period in Foe to friend: the British Army in Germany since 1945.

When Field Marshal Montgomery took the German surrender at Lüneburg on 4 May 1945, he turned his attention to winning the peace in the aftermath of war. British forces would spend the next decades garrisoning Germany, rebuilding the country and its infrastructure, as well as standing on the frontline of the Cold War. Even after the collapse of the Soviet Union, and victory in the Cold War, British forces have remained in Germany. During this period, the shape, size and structure of the British Army have evolved constantly, with Germany serving as both a base for operations and becoming home for many service personnel and their families.

With the return of the last major unit to the UK in 2019, the book and exhibition mark the legacy of this important time in the Army’s history.

The exhibition will open on 8 May 2020 to mark VE75, 75 years since the end of the World War II in Europe. The Museum’s Director, Justin Maciejewski, said, “We are proud to be able to tell the extraordinary story of this journey from war to the close friendship we have with Germany today. It is estimated that around two million people from the Armed Forces community have been a part of the British Army’s time in Germany. As such, it is especially valuable to tell the story through the testimony of those who have experienced it first-hand.”

A section of the Berlin Wall now stands in the National Army Museum in Chelsea. At 3.6m tall and 2m wide, the wall allows visitors to imagine what it was to be living in the shadow of this physical and ideological divide. The Berlin Wall was built in 1961 as a barrier between capitalist west and communist east Berlin. It fell on 9 November 1989 as political power shifted and free movement across the entire city was permitted.

Next to the wall sits a Fox armoured car painted in Berlin urban camouflage, on loan from The Tank Museum. This type of vehicle was used for reconnaissance in Germany from 1975 for almost 20 years. Both objects are on display in the Foyer of the Museum, which is open daily from 10am until 5.30pm with free admission.