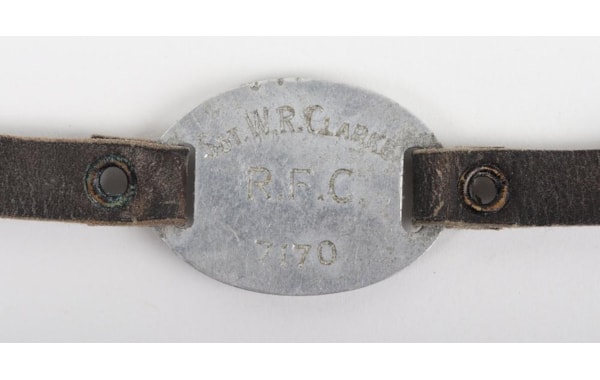 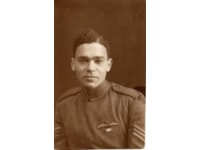 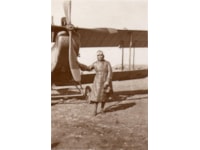 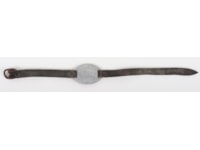 The Imperial War Museum has announced the acquisition of an identification bracelet belonging to Sergeant William Robinson Clarke, the first black pilot in the Royal Flying Corps.

William Robinson Clarke was born in Kingston, Jamaica, on 4 October 1895. He was a mechanic and one of the first people in Jamaica to learn to drive. On the outbreak of war in 1914, Clarke paid for his own travel to England to enlist, joining the Royal Flying Corps on 26 July 1915 as a mechanic and driver. In December 1916 he started flying training, gaining his pilots wings on 26 April 1917. William was posted to No. 4 Squadron at Abeele on 27 May 1917, flying Royal Aircraft Factory RE 8 aircraft on the Western Front.

Like many others, his operational service was brief. On the morning of 28 July 1917, he and his observer were flying a photographic reconnaissance mission near Ypres, when his aircraft was attacked by German fighters. Seriously wounded in the action, William was assisted by his observer in making a forced landing within British lines near Godewaersvelde. Despite serious wounds, William returned to duty as a mechanic with No. 254 Squadron as he was found to be medically unfit to fly. Honourably discharged in 1919, William was awarded the Silver War badge for his wounds. He returned to Jamaica after the war and was for many years life president of the Jamaican branch of the Royal Air Forces Association. He died in Kingston, Jamaica on 26 April 1981.

Alan Wakefield, IWM’s Head of First World War and Early 20th Century Conflict said, “We are delighted to have successfully bid for Sergeant William Clarke’s identification bracelet. William’s story is particularly interesting as he was one of a small number of men from the West Indies who travelled, at their own expense, to enlist for military service in Britain during the First World War, rather than waiting to join the locally raised British West Indies Regiment. This acquisition will enable us to tell the fascinating story of one black serviceman’s experience of this conflict.

“We are also pleased to be able to broaden IWM’s collections relating to First World War participants from a previously under-represented ethnic and geographical background. IWM is committed to diversifying our collections and improving the representation of black experiences of conflict across our remit wherever we can.”

IWM’s First World War collections, the richest and most comprehensive in the world, tell the story of the First World War through the eyes of the British people and the Empire, both on the home front and the fighting fronts. IWM’s collections include weapons, uniforms, diaries, keepsakes, film and art.