Margaret Kelly in her Wrens uniform in WWII

One of the last surviving Wrens who worked at the top-secret, code-breaking establishment, in WWII has died, aged 94.

Margaret Kelly, a grandmother to 33 children, died peacefully at her family farm in Wales at the weekend, from natural causes. She was just 18 years of age when she was sent to the Government Code and Cypher School at Bletchley Park in 1944. The Wrens were responsible for operating Colossus, the world’s first computer, at Bletchley, that was used to decipher high-level messages between Hitler and the German High Command. Colossus was a vast machine, 17ft wide, 11ft deep and 7ft high, weighing a ton in weight and consuming 8kW of power. It successfully reduced the time to break Lorenz messages from weeks to mere hours, giving the Allies a vital edge. By the time WWII drew to a close there were 10 Colossus machines whirring and decoding away, eventually having decrypted some 63 million characters of top-level German Army messages. However, for reasons of national security, Winston Churchill ordered the destruction of all the machines in 1945 following the Allied victory. 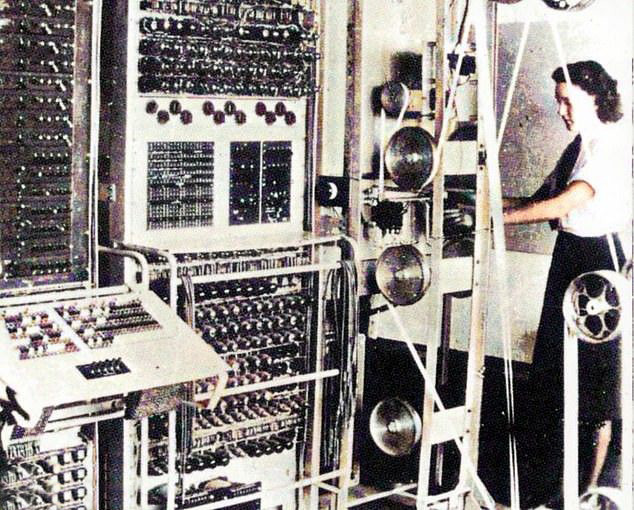 In her memoirs written after the war, Margaret revealed: ‘I was trained to operate the Colossus computer, which had been built to break intercepted messages enciphered on the Germans' Lorenz machine used exclusively for communications between Hitler and his generals. We all just did our own job in our section and never knew what anyone else was up to. We had all signed the Official Secrets Act and by that late stage of the war we were well used to not asking questions of anyone involved in the war effort. My job was to put a message tape on one Colossus and using an algebraic formula try to find the settings the Germans had used to encode it. If we were successful in getting a result the taped message was immediately raced off to a different machine to be further processed and translated. We knew that some of the messages gave the Allies vital information of Hitler's battle plans.’

She added: ‘Churchill said the Wrens were, "Chickens who didn't cackle," and that Bletchley was, "The goose that laid the golden egg". I can still remember the time the results from one of the tapes came out in German. I whizzed it off to be translated and was beyond excited. I enjoyed the work as I knew it was important but it was quite demanding as we had to be very accurate.'

On VE night Margaret joined the crowds surrounding Buckingham Palace to celebrate. She was no stranger to making trips into the capital, as she explained: ‘We could easily get to London to visit family and friends and go to the theatre and restaurants - chancing our luck with the V1 doodlebug bombs and V2 rockets which targeted London and once shook me out of bed on to the floor.'

After WWII ended she had a very exotic career. First she moved to Malta to become a hotel manager before heading off to Sydney, Australia to be an estate agent, and then, in 1963, moved to the Bahamas for a job working for the Kingdom of Bhutan. Her adventures continued with two years working in the Cooke Islands before she returned to Britain to marry Peter Kelly, a widower with eight children, in 1972. Margaret then helped with the running of the 140-acre family stock-farm in Monmouth, South Wales.

After the work at Bletchley Park was eventually declassified and the building turned into a museum,, Margaret had the pleasure of joining reunions with the surviving code-breakers to celebrate their vital efforts in the war.