Bricks in the Normandy Wall 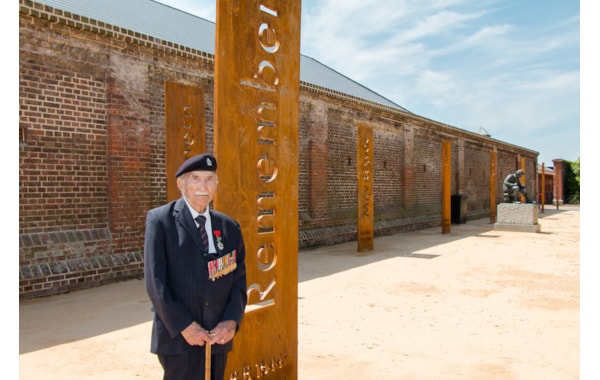 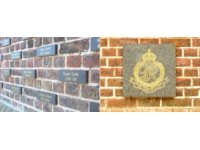 The D-Day Trust is seeking contributions to help build the Normandy Memorial Wall.

On 6 June, Portsmouth will host the UK’s 2019 commemorations for D-Day 75. D-Day’s 75th anniversary will represent the last, large-scale gathering of living soldiers, sailors, and airmen who took part in the fight for Europe. Remembrance is important, to ensure that all the suffering and sacrifices made during World War II will be not be forgotten. Most of the eyewitnesses have died, and in a few more years, practically no one will be alive who will be able to tell us what happened.

In 2015, The D-Day Trust, a registered charity, was created to continue to preserve the memory of the story of D-Day and the Battle of Normandy. Its work is to continue the D-Day legacy to memorialise the bravery and sacrifice of those who fought to liberate Europe. It supports the work of The D-Day Story (the UK’s only dedicated D-Day museum) and the Normandy Memorial Wall, again the UK’s only national memorial wall dedicated to those who took part in the Normandy Campaign or who made a significant contribution, regardless of nationality and arm of service.

Its ambition is to fill all 10,000 bricks on the Memorial Wall to permanently express gratitude for the service of those veterans. It allows visitors, friends, and family to consider how it must feel for veterans to reflect on the intense experiences they endured on D-Day and the days that followed.
Portsmouth was the centre of D-Day staging - one of the main embarkation points for troops. Thousands of troops of multiple nationalities were located throughout the city in the lead up to D-Day, and hundreds of ships and landing craft gathered in the Solent. Wounded men from D-Day were evacuated to Portsmouth for hospital treatment and its cemeteries have hundreds of D-Day troops laid to rest in them. Friends and relatives of those who took part in the campaign are invited to commission the engraving and installation of a brick bearing the name and unit (regiment, ship or squadron) or organisation of the person they wish to honour and remember. It is suggested that the first name by which he or she was ordinarily known is used, without rank or initials. In addition, regiments, Corps, ships, squadrons and civilians supporting organisations can record their participation by having their crest or logo installed on the wall. The cost is £100 for a Memorial brick and £500 for crest or logo.