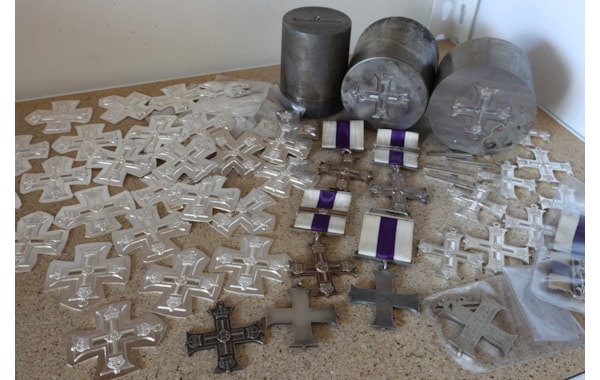 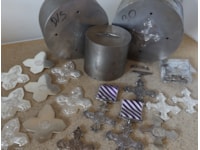 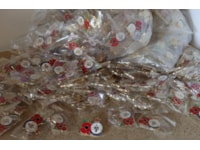 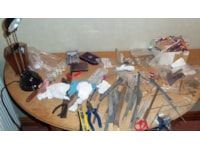 The owner of a militaria business has been sentenced for selling fake military medals and unauthorised poppy pin badges.

The man from Derbyshire, Henry Lyttel, aged 29, of Ashbourne Road, Mackworth Village, near Derby, admitted three charges relating to his business, Croft Militaria Ltd, which he ran from his home address. The charges, which he admitted at an earlier hearing on were of: Running a fraudulent business; Supplying a poppy pin badge that was in breach of a trade mark held by the Royal British Legion, and having in his possession for supply, badges with the poppy emblem in breach of a trade mark.

At Derby Crown Court, Judge Jonathan Bennett sentenced Lyttel to two years in prison, suspended for 18 months, and ordered him to carry out 100 hours of unpaid work in the next 12 months for his crimes. He was disqualified from acting as a director of a company for five years and had a curfew imposed for six months.

The case came about after Trading Standards received complaints that Lyttel was selling fake gallantry medals and military badges, including the Military Cross and Distinguished Flying Cross, along with pin badges bearing the poppy emblem, which is trademarked by the Royal British Legion.

After examining the poppy pin badge, the Royal British Legion (RBL) said the poppy pins infringed its registered trade mark and that by selling badges that were unauthorised, the company would be making a profit at the expense of a charity set up to raise funds for ex-servicemen and their families. The Legion also confirmed that Croft Militaria Ltd was not authorised to use the poppy emblem and had never made any contribution to the charity.

Military historian, and medal expert, Mark Smith (MA OMRS) examined the medals, and commented, “After accompanying a dawn raid by police and trading standards I was amazed to find what can only be described as a medal factory. A shed in the garden contained hundreds of faked medals, cap badges, shoulder titles and helmet plates. It was an incredible array of exceptional quality fakes, covering many regiments and units from all ages – literally hundreds of them.”

It transpired that Lyttel began the medal fraud by researching medal collections attributed to officers that were coming up for auction. If the officer had been awarded a high value medal for gallantry, such as the MC or DFC, but it wasn’t included in the collection, he would go ahead and bid at the auction. After winning the medal set he would then personally manufacture and age the missing medal in order to vastly inflate the value of the set of medals for resale. One example found was for a collection of six medals sold to Lyttel at an auction for £320 in February 2016 where the officer had won the DFC, but it wasn’t included in the set. Lyttel then made his own DFC and resold the medal set on eBay with a price of £2,500, a profit of £2,180.

When Trading Standards officers raided Lyttel’s address they found a large scale and sophisticated operation set up to manufacture military medals such as the ones being sold via eBay.

Dies for striking blank copy medals, struck but unfinished medals and materials to age and distress the medals being made were seized along with a large number of poppy pin badges. Trading Standards officers estimated that Lyttel’s business made in excess of £72,000 in sales of fake medals and around £10,000 in the sale of fake poppy pin badges.

Robin Thomas, President of the Orders & Medals Research Society, commented, “The Orders & Medals Research Society greatly welcomes the sentencing of the convicted fraudster Henry Lyttel. We especially decry the practice of using our forebears' gallant deeds to defraud collectors for personal gain. Fake and forgeries have existed for as long as our hobby. We therefore urge all our members to remain extremely vigilant when adding to their collections, to be familiar with the terms of the purchase and only to buy from known and reputable sources.”