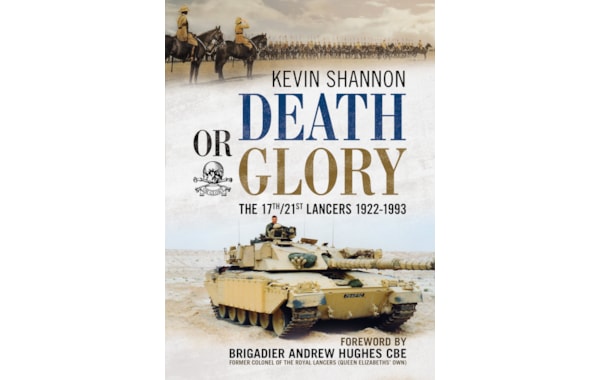 For the first time in print, the complete history of the elite British cavalry regiment: the 17th/21st Lancers.

During its 71 years of existence, the 17th/21st Lancers became one of the best-known British cavalry regiments of all time. Beloved by the press as the Death or Glory Boys, their renowned skull and crossbones motto was one of the most recognised cap badges of the British Army.

Death or Glory: The  17th/21st Lancers 1922-1933, written by a former member of the Regiment, tells their complete story for the first time, much of which is in the words of those who served. The Regiment’s role during World War II, at home as well as North Africa, Italy, Austria, Greece and Palestine in the aftermath of the war, including four years of service in Northern Ireland at the height of the Troubles and the Gulf War – where one of its crews achieved the longest ever direct-fire tank kill – are covered in exhaustive detail. Personal accounts add colour to descriptions of routine life for a cavalry regiment in Egypt and India as well as an armoured regiment during the Cold War serving in Germany, Hong Kong, Libya, Yemen and Belize.

Appendices include a definitive Roll of Honour with all Commanding Officers, Colonels of the Regiment and RSMs.