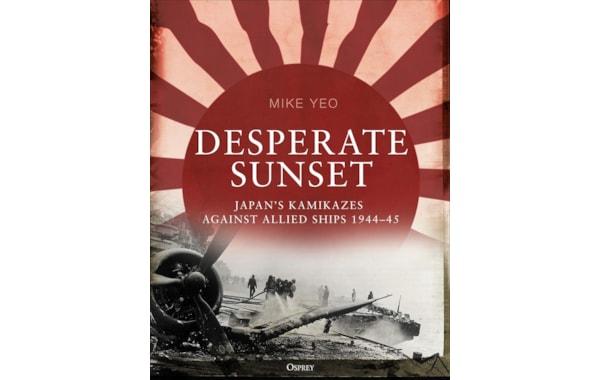 Osprey Publishing is to release a new book examining Japan’s last throw of the dice in the Pacific with the introduction of kamikaze attacks.

In a last desperate bid to stave off defeat, Imperial Japan’s High Command launched the terrifying kamikaze attacks against Allied vessels across the Pacific. This fully illustrated book examines Imperial Japan’s last throw of the dice.

By the middle of 1944, Imperial Japan’s armed forces were in an increasingly desperate situation. Its elite air corps had been wiped out over the Solomons in 1942–43, and its navy was a shadow of the force that had attacked Pearl Harbor in 1941. But the Japanese had one last, desperate, card to play.

The Japanese High Command decided that the way to inflict maximum damage on the superior enemy forces was to get the poorly trained Japanese pilots to crash their explosive-laden aircraft onto their target, essentially turning themselves into guided missiles. The kamikazes announced themselves in the immediate aftermath of the Leyte Gulf naval battles, sinking the USS St. Lo and damaging several other ships. The zenith of the kamikaze came in the Battle of Okinawa, which included ten kikusui (Floating Chrysanthemum) operations which involved up to several hundred aircraft attacking the US fleet.

If you're interested in the war in the Pacific, why not pick up a copy of the February 2020 issue of The Armourer, on sale 2nd Jan, which features the Battle of Iwo Jima as the cover story. Go to the Armourer Store to buy a copy, print or digital.