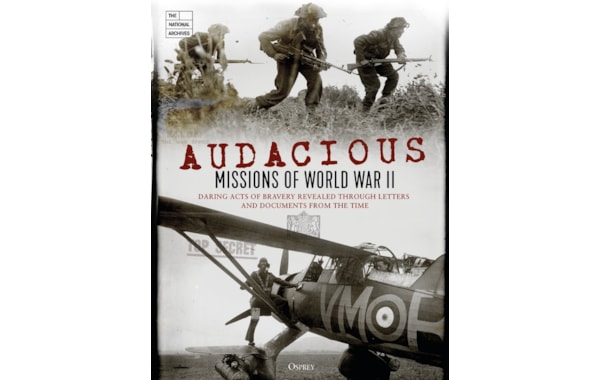 Audacious Missions of World War II is a new book revealing daring acts of bravery, revealed through letters and documents from the time.

Using hundreds of rare documents and images from the National Archives, including some that have never before been seen in print, this book reveals stories of some of the most inventive and bold missions ever undertaken.

During World War II, Combined Operations and the Special Operations Executive (SOE) was briefed with planning and carrying out countless daring raids, acts of sabotage and strike missions, many of which were kept shrouded in secrecy until well after the war. From the famous Dambusters raid on the dams of the Ruhr to the brazen kidnap of General Kreipe by two British SOE agents in 1944, these operations served a variety of functions, disrupting the enemy through industrial sabotage, destroying key assets like the battleship Tirpitz, eliminating key leaders such as Reinhard Heydrich, or simply causing distraction and embarrassment to Axis forces.

The raids and missions that feature in this book vary both in scale and renown but shared in common a necessity for intensive planning and an element of danger. Indeed, some operations, such as Foxley, the planned assassination of Hitler, were considered so dangerous that they were never put into practice. Nevertheless, they were each driven by high-level strategy, and could be said, in some cases, to have dictated the course of the war itself.

The book is illustrated throughout with documents and photographs from The National Archives at Kew. The book goes on sale on 23 January 2020.

12 February 2020
Tweets by The Armourer Magazine