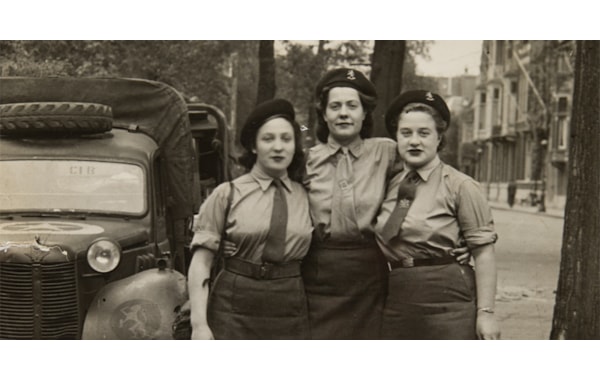 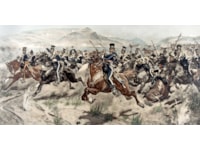 Here’s what you can look forwards to at the NAM in Chelsea, London, in February.

Jewish women in the armed forces

Kathrin Pieren and Susan Gordon from the Jewish Military Museum uncover the important contribution of Jewish women in World War I and II.

Women have always played an important role in armed conflicts, but their contributions have often gone unnoticed, hidden beneath the heroism of men. Yet women like Muriel Byck - a Jewish secretary from Ealing who went behind enemy lines to work as a wireless operator with the French Resistance - showed just as much courage as their male counterparts. Many others helped defend their country in more stereotypically female roles; as nurses, doctors, waitresses and clerical workers. These jobs may have been regarded as less glamorous, but were equally needed to win the war.

Rarely seen photographs, documents and oral history testimonies from the Jewish Military Museum collection, held at the Jewish Museum London, will reveal fascinating individual stories about what motivated these women to serve, and the different roles they held in a male-dominated environment.

On 25 October 1854, during the Crimean War, the Light Brigade made the most daring charge in military history. Over 600 men armed with sabre and lance charged straight at the muzzles of Russian cannons.

In the slaughter that followed, many fell to round shot and shell fired from the front and both sides. Those who survived took a terrible revenge on the enemy.

In this talk, Terry Brighton reveals the horrific truth about the charge and the bloody melee that followed. He uses descriptions from survivors’ written accounts to shatter many popular myths about what happened and why, and names the officer blamed for the blunder.

His most remarkable conclusion is that, far from being a miserable failure, the charge must be considered an astonishing success.

Join Dr Peter Chasseaud as he discusses how maps and aerial photography were used in military operations in World War I. Aerial photography, and its role in improving the accuracy of maps, was one of many new technologies to revolutionise military affairs in World War I. Maps and surveys became vital tools for planning tactics, movement and operations, as well as being crucial to artillery and counter-battery work.

Indeed, around 70% of the work of the field survey organisation on the Western Front was for the artillery.

Scientific measurement of battlefield space and the development of indirect fire techniques meant that topographical, meteorological and ballistic data could be directly applied to gunnery in the field.

Uniforms: from Redcoats to camouflage

Join volunteer tour guide Jeffrey Yang on a journey through 370 years of British military uniforms. This hour-long tour will explore British Army uniforms from the 17th century to the present day. Along the way, your guide will reveal why uniforms were introduced and how they developed over time, looking at key dates and explaining technical terms.