A fine Crimean War VC belonging to the first Australian resident to hold the VC fetched £297,600 at Dix Noonan Webb.

A fine Crimean War Naval VC awarded to Australian resident and Seaman James Gorman of HMS Albion, for his gallantry while defending the Right Lancaster Battery at the Battle of Inkermann on November 5, 1864 sold for £297,600 at London-based Dix Noonan Webb in its live/online auction of Orders, Decorations, Medals and Militaria on15  October, 2020. Bought by a UK Private Buyer with an strong interest in the Crimean War, it was one of the first VC’s to be awarded, and was estimated to fetch£120,000-160,000.

Following the sale, Christopher Mellor-Hill, Head of Client Liaison (Associate Director) of Dix, Noonan, Webb commented, “It is a fantastic result, with competition proving fierce amongst bidders from all over the globe. The price is not only reflective of the quality of the Victoria Cross and the story behind the award, but also reflective of the strength of the current market.”

Inkermann was one of the bloodiest and most desperate battles in British military history, when in darkness and through deep mist, the Russians launched a sudden and massive attack on the lightly defended British lines. Seaman Gorman declined the order to withdraw and leave the wounded, he proceeded to mount the defence works and, using the weapons of the disabled who he was protecting, helped repel the Russian advance ‘not trusting any Ivan to get in bayonet range of the wounded’. His award was listed in the notable 24 February 1857 issue of the London Gazette containing the first ever awards of the Victoria Cross and his well documented later life confirms him to have been the first Australian resident to hold the VC. This was one of three VC’s awarded for this action – the other two are both held in the Lord Ashcroft Collection at the Imperial War Museum in London.

James Gorman was born in London in 1834, he was assigned at the age of 14 to the training ship HMS Victory, Admiral Nelson’s former flagship, as a Boy Second Class, having been one of the first 200 boys to be accepted as apprentices into the Royal Navy. Later on in his Naval career, he saw service on the newly formed Australia Station, docking at Sydney on December 31, 1858 and January 1860 and also at Melbourne in March 1859. Returning to England, he was paid off at Sheerness in 1860, thus ending his 13 years of service in the Royal Navy, but chose to return to the Antipodes, boarding the 755 ton free trader Fairlie at Plymouth, bound for Sydney, Australia, in 1863 – he remained in Australia for the rest of his life and was buried with military honours in the Church of England section of Balmain Cemetery (now Pioneers Memorial Park, Leichhardt) in October 1882.

Seaman Gorman’s VC was part of the Collection of the late Warwick George Cary (1949-2020). Cary was born at Engadine in the Sutherland Shire south of Sydney, New South Wales. He had always been a collector of something, but it was his love of medals that launched a whole new career for him. The second part of Mr Cary’s Collection will be offered in DNW’s Medal sale in November. The Collection of 17 lots in the sale fetched £449,438. 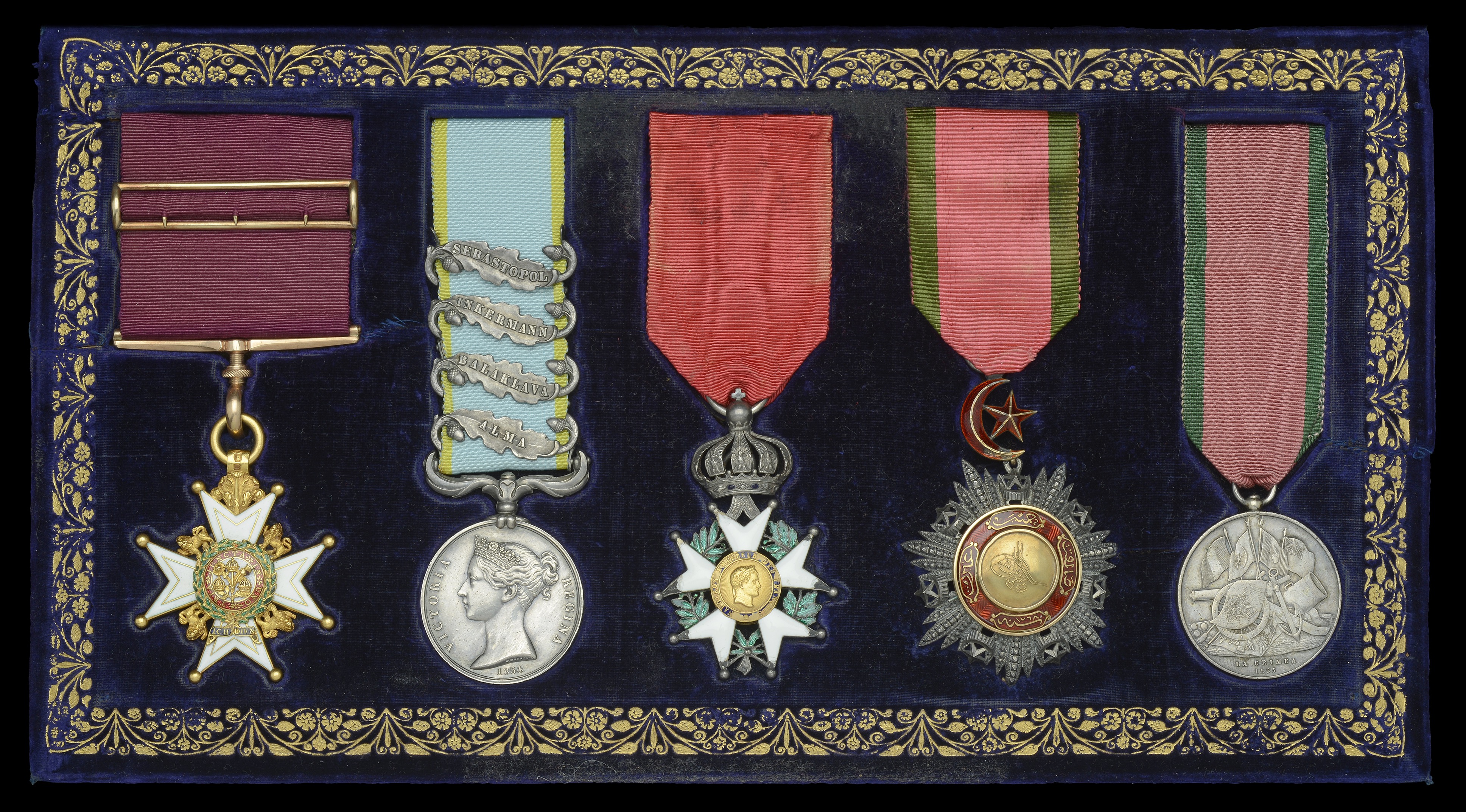 Also of significant interest in the sale was a collection of medals from the Charge of The Light Brigade. The most important being a group of five awarded to Major-General John Douglas, who commanded the 11th Hussars during the Crimean War, and led them in the Charge at Balaklava, which sold for £47,120 against an estimate of £15,000-£20,000. 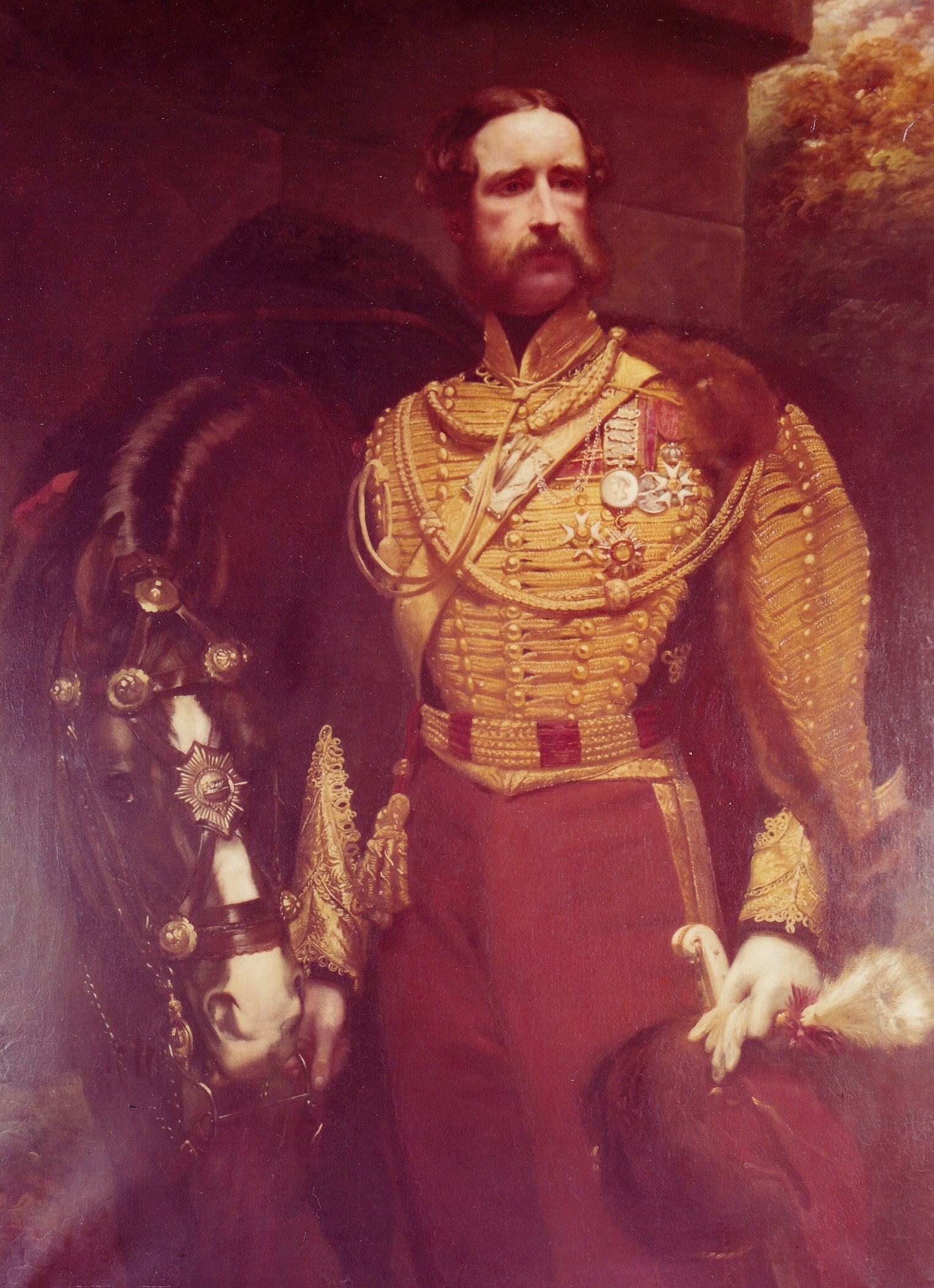 John Douglas, who was born at Gartcraig, Lanarkshire, Scotland on April 25, 1811, joined the 61st Foot as an Ensign in 1829, immediately transferring to the 79th Foot. Advancing to Captain in 1839 he was invited, six months later, into the 11th Hussars. The following September, Douglas achieved a certain notoriety when acting as second to his commanding officer, John Thomas Brudenell, the 7th Earl of Cardigan, in his notorious duel with Captain Tuckett on Wimbledon Common.

Following the sale, Mr Mellor-Hill noted, “This is arguably the finest Light Brigade group of medals to appear at public auction for over a decade. Commanding officers groups rarely come on to the market, and when they do they are keenly contested as was certainly proved by Major-General Douglas’ medals.”