German Army Uniforms of WWII: A photographic guide to clothing, insignia and kit 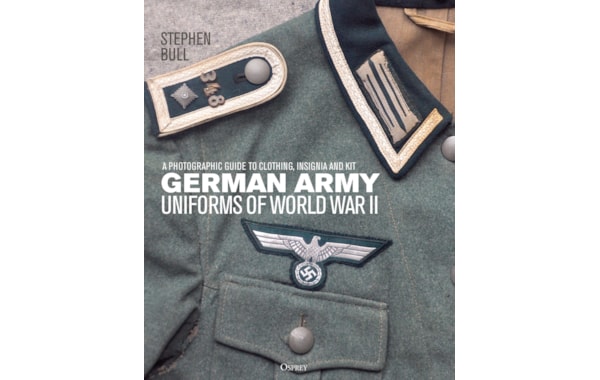 Featuring a wide array of archive photographs, this is a new, illustrated book showing how the personal weaponry and equipment of the German Army soldier evolved over nearly six bitter years of total war.

In the years after World War I, the defeated and much-reduced German Army developed new clothing and personal equipment that drew upon the lessons learned in the trenches. In place of the wide variety of uniforms and insignia that had been worn by the Imperial German Army, a standardised approach was adopted, as the Nazi Party came to shape every aspect of German national life. The outbreak of war in 1939 prompted further adaptations of uniforms and insignia.

In the opening months of World War II the Heer, the army of Nazi Germany, established a formidable reputation on battlefields across Europe, and the astonishing victories won by Hitler’s troops in the Soviet Union in 1941 confirmed their combat prowess. The Heer’s effectiveness was built on the reforms of weaponry, uniforms, personal kit and other equipment in the years before 1939, with innovation and evolution continuing throughout the ensuing conflict.

In this beautifully illustrated book noted authority Dr Stephen Bull examines the German Army’s wide range of uniforms, personal equipment, weapons, medals and awards, and offers a comprehensive guide to the transformation that the German soldier underwent in the period from the opening of hostilities in September 1939 to Germany’s unconditional surrender in May 1945.