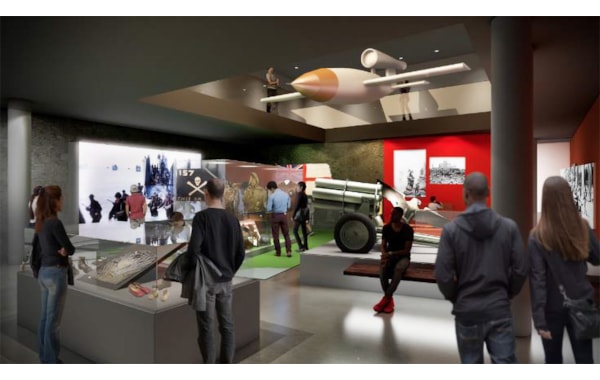 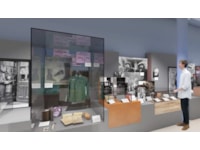 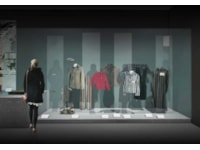 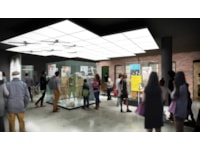 To coincide with the 80th anniversary of the outbreak of World War II, the Imperial War Museum has revealed designs, narrative and collection highlights for its ground-breaking new Second World War and The Holocaust Galleries, opening at IWM London in 2021.

The £30.5 million project will see IWM London become the first museum in the world to physically and intellectually present the Holocaust narrative within the context of World War II. Spanning two floors and occupying over 3,000sq.m, the new galleries will tell the story of World War II and the Holocaust for a 21st century audience, highlighting how it remains the most devastating conflict in human history.

A 783kg V-1 flying bomb will be suspended between the two new galleries, presenting a striking symbol of how the Holocaust and WWII are interconnected. Over 10,000 of these doodlebugs were launched at London and other British cities, killing over 6,000 people. Widely remembered as part of Britain’s war, the V-1is also an important part of the Holocaust story. Many thousands of concentration camp prisoners, labouring in the most appalling conditions, died making these weapons in Nazi Germany. The V-1 is currently on display in IWM London’s Atrium and will be moved to its new location in 2020.

The Second World War Galleries will be formed from six individual spaces which will tell the story of the conflict chronologically, exploring its global scale and impact upon people and communities. The new galleries will reveal how whole societies were drawn into the war through mobilisation, direct attack and occupation. The galleries will begin by exploring how during the 1930s the signs that war was coming grew ever more apparent. They will then continue into Britain and its empire’s early experience of the war, before showing how World War II became a truly global conflict in 1941. The galleries will highlight what led to the Allied victory in 1945 and explore the aftermath of the most devastating war in human history.

Personal stories will be at the heart of the new The Holocaust Galleries, along with a breadth of objects and original material that will help audiences consider the cause, course and consequences of this seminal period in world history. The new galleries will explore three core themes of persecution, looking at the global situation at the end of World War I; escalation, identifying how violence towards Jewish people and communities developed through the 1930s; and annihilation, examining how Nazi policy crosses the threshold into wide-scale state-sponsored murder in the heart of 20th century Europe. By interrogating the identity of the perpetrators, the galleries will explain who was responsible for these crimes, what motivated them and how ordinary they often were in every other way. They will also examine how the course WWII as well as ideology and individual decision making were all critical factors in the execution of The Holocaust.

Incorporating well known, familiar objects, documents and photography alongside material displayed by IWM for the first time and using the full range of modern display techniques, the new galleries will engage a new generation of museum visitors with this complex and formative period of human history. Alongside the new galleries a digitally-enabled learning suite will be developed, as well as a brand new public engagement programme which will deepen audience engagement with IWM’s collections both in the galleries and beyond the museum.

Diane Lees, IWM Director-General, said, “At the centre of the brutal and barbaric conflict was the state sponsored mass murder of six million Jewish men, women and children. This is why we are placing IWM’s new Holocaust Galleries at the central chronological fulcrum of our iconic London museum and linking them, architecturally and conceptually, to our new Second World War Galleries. Our new galleries will be unique in presenting the complex narrative of the Holocaust and within the context of the Second World War. In doing so, we will create an accessible, engaging narrative populated by the stories of real people from these diverse communities.”
The new, Second World War and the Holocaust Galleries and digitally-enabled learning suite will open at IWM London in 2021.