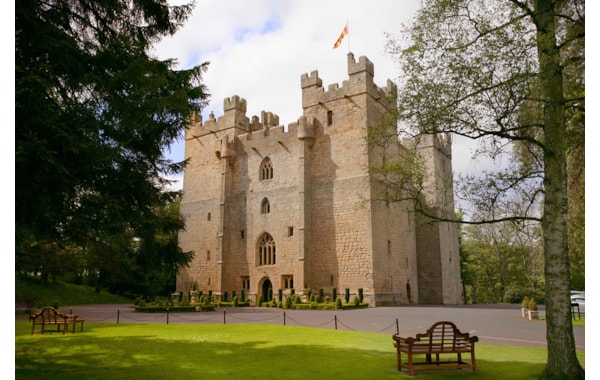 A variety of historical anniversaries in 2020 will help Langley Castle Hotel, in Northumberland, pull in visitors interested in the Jacobite uprisings.

Later this year, on 19 August, is the 275th anniversary of the Second Jacobite Rebellion – an event timed 30 years after the first rebellion, where both aimed to restore the exiled Stuart monarchy to the English throne.  Then, 8 November marks the 275thanniversary of the invasion of England by Charles Edward Stuart, known as Bonnie Prince Charlie, or The Young Pretender.

This historical personality, feted in poems and ballads such as the Skye Boat Song and Waes Me for Prince Charlie, will also be celebrated on 31 December, 2020, on the 300th anniversary of his birth.

The following day, 1 January 2021, is the 255th anniversary of the death of his father, James Francis Edward Stuart (The Old Pretender) who inspired the first Jacobite uprising.

The attempts to reinstate the exiled Stuart monarchs shaped the fortunes of Langley Castle in the 18th century, due to the allegiances of its owners – the Radcliffe (Radclyffe) family. In 1688, Sir Francis Radcliffe was given the title of Earl of Derwentwater as well as being made Baron Tyndale and Viscount Langley. His son, Edward Radcliffe, the Second Earl, married Lady Mary Tudor, the illegitimate daughter of King Charles II and ‘Moll’ Davis, entwining the fortunes of the family with the Stuarts.

Such was the allegiance that Edward and Mary’s son, James Radcliffe was brought up in the exiled Stuart court, at St Germain in France, where he was companion to the young James Francis Edward Stuart. In 1705, James Radcliffe became the Third Earl Derwentwater, inheriting the family properties in Northumberland, including the then derelict Langley Castle.  He returned to England in 1710, residing at Dilston Hall. In 1715, he joined the Jacobite conspiracy and, with a warrant out for his arrest, went into hiding.

Having heard that the standard of the Old Pretender had been raised, James led a group of around 70 men in a march on Preston, Lancashire, with a view to raising more support further south.  He was captured at the Battle of Preston, where the Jacobite army was defeated, and was taken to the Tower of London. Despite many pleas for a pardon, he was beheaded on February 24, 1716.  When his body was taken back north, the Northern Lights were said to have been spectacular and are, to this day, known as Earl Derwentwater’s lights.

James’s brother Charles had marched with him to Preston but, despite also being arrested, escaped to Rome. On the death of his nephew, he became the 5th Earl of Derwentwater. He resided at the Old Pretender’s court, where he was private secretary to Bonnie Prince Charlie.

In November 1745, Charles was recaptured whilst sailing to Scotland to support the second Jacobite uprising and Bonnie Prince Charlie’s right to the throne and was taken to the Tower, to suffer the same fate as his brother.  The assets of the Derwentwaters, including Langley, were seized by the Crown and given to the Governors of the Royal Hospital for Seamen at Greenwich, so the hospital could benefit from valuable income from smelting mills at Langley, lead mines at Alston and farm rents. The castle was also stripped of its Barony.

In 1882, when the income dried up, the Governors sold Langley to a former Sheriff of Northumberland, Cadwallader John Bates. He and his wife Josephine, lovingly restored Langley, but also paid homage to the Radcliffes.  Just a short walk down the road from Langley, guests can find a Celtic cross which reads:

‘To the memory of James and Charles,

for Loyalty to their Lawful Sovereign’

This is said to be the only English memorial that pays direct tribute to sacrifice for the Jacobite cause and is only one of two monuments to the Radcliffe family in England, with the other being the Radcliffe Obelisk in Acton Park, London, which is a commemoration to James Radcliffe.

In 2007, the current owner of Langley Castle, now a hotel, Dr Stuart Madnick, reunited Langley Castle with the title of Baron of Langley, which he managed to secure from the Crown. With this rich story underpinning the castle’s history, there is little wonder that Langley is an intriguing place to stay. For overseas visitors travelling between England and Scotland, it is also a handy stop-off, a halfway point on a journey between London and Edinburgh. And those interested in earlier history can also take a short drive to Hadrian’s Wall and relive the days of the Romans. Visit www.langleycastle.co.uk to find out more.