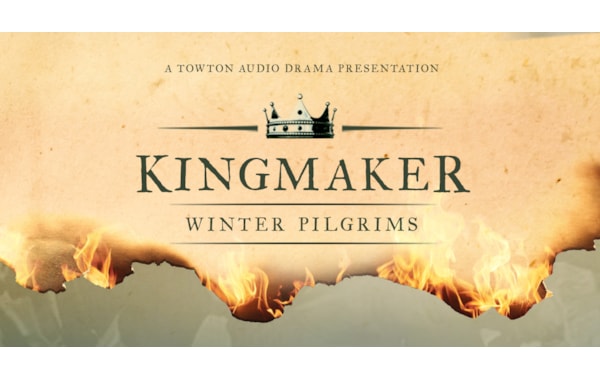 Kingmaker: Winter Pilgrims is the first book to get the audio drama treatment 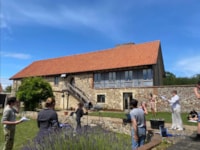 An audio drama presentation of a series of books set around the War of the Roses has been released by Towton Productions.

Kingmaker: Winter Pilgrims by Toby Clements, adapted by Greg Evans, is the first in a series of books that bring to life a brutal but fascinating period of English history, namely the Wars of the Roses which took place during the latter part of the 15th century. Winter Pilgrims follows the epic tale of two young people who unwittingly hold the key to the throne and must survive against incredible odds in the savage world of 1460s England.  With a deadly enemy closing in and a mysterious ledger in their hands, wherever they flee they are drawn into the calamitous events of the time, culminating in the terrible slaughter at Towton field on Palm Sunday 1461.

Now, Towton Productions has produced an epic audio drama that will eventually comprise 20, one-hour episodes spanning all four Kingmaker books (Winter Pilgrims, Broken Faith, Divided Souls and Kingdom Come).  The first audiobook, consisting of five hour-long episodes, has just been released to coincide with the 560th anniversary of the Battle of Towton, noted in history as probably the largest and bloodiest battle ever fought on English soil.

It was recorded in the summer of 2020 and involved 27 actors, playing 49 roles, and 11 crew. Lead actors are Sophie Walter, who made her TV debut in Grantchester on ITV, and Will Fletcher, who will be starring in The Road Dance, released in cinemas this year. The composer of the music is Grammy-nominated Matthew Sheeran, brother of chart-topping Ed, who orchestrated the music for the trailer for The Shape of Water. Each episode costs £4.99, or the who lot can be bought at once for £22.46.