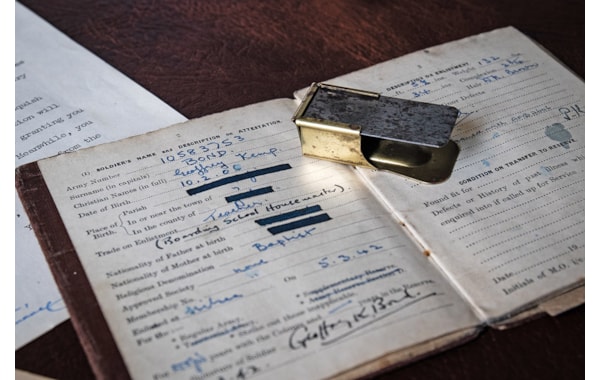 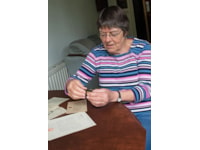 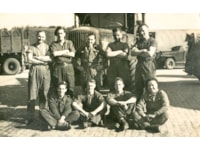 Following a campaign to find one of the lost D-Day clickers, used by paratroopers ahead of the landings on June 5, 1944 , one has been found.

A family in Birmingham, just a stone’s throw away from the factory where it was made, have uncovered a genuine clicker in their father’s belonging, along with memoirs that place him in the region at the time of D-Day.
The original D-Day clicker was found by Diarmid and Liz, who discovered it amongst Liz’s father’s possessions, yet were unaware how rare they are. Although 7,000 clickers were made during the six-month period immediately before D-Day in 1945, and many replicas produced since, very few verified original clickers remain. This example is now safely part of an ACME Whistles display, finding its way back to its factory birthplace.
“Whilst sorting through Liz’s father’s collections we came across the clicker and realised what it was, however until we read the news about ACME’s search we hadn’t realised how rare they were,” said Diarmid. “It’s great to help save this little part of history for others to enjoy.”
The clicker was part of a collection of military items kept by Captain Geoffrey Kemp Bond (1906-1997) – some of which can also be found at The Eden Camp Museum Malton, near York including his army camp bed and a canvas bath. One item that remained in a drawer at Liz’s home, was the clicker.
Along with the clicker, Liz, and her family, were able to place their father in the area during the landings through notes and memoirs he wrote at the time. Although there is no direct reference to the clicker within his writings, or any indication of how it came into his possession, it clearly shows him arriving into Normandy and working on the vehicle staging areas during the time of the landings.
Liz adds, “My father was an avid collector and interested in history. Stamps were his thing but keeping these military items would have appealed with the view of saving a piece of history. I think the clicker now being displayed back at the factory where it was made would have really put a smile on his face.”
Geoffrey Kemp Bond was a schoolmaster at the Royal Masonic Junior School, Bushey, Watford, Hertfordshire at the outbreak of WWII. He was called up in Spring 1942 and went into the Royal Army Ordnance Corps, reporting to the Hillsea Barracks, Portsmouth as Private 10583753, G Company, 4 Training Battalion.
Geoffrey arrived in France on about D+8 and he described what he saw as: ‘The biggest jungle of shipping you can imagine.’ They were kept lying at anchor for two days before being ordered ashore where he worked in the village of Vaux-sur-Aure.
Later, Bond was sent on behind the army to a vehicle park in Woluwe, Brussels. When the surrender came Bond was by now a Captain and in charge of a MT depot in Twistringen. This involved searching out the dumps of German equipment all over the countryside and storing them together in the MT depot. After demobilisation in 1946 Bond returned to teaching and eventually became a headmaster.
Managing director of ACME Whistles, Simon Topman, said, “During the war, the order to produce 7,000 clickers would have been Top Secret, so we wouldn’t have been allowed to keep a clicker even if we had wanted to. Therefore, to commemorate the 75th anniversary of D-Day, we put out a search around the world from Europe to America to try and find an original clicker to ensure this part of D-Day history could be kept. Little did we know that we’d find one so close to the factory in Birmingham!”
If you would like to take a tour of the ACME Whistles factory where the Lost Clicker can be viewed, please visit www.acmewhistles.co.uk/factory-tours. To find out more or buy your own replica clicker email info@acmewhistles.co.uk.