Military puzzles on the way 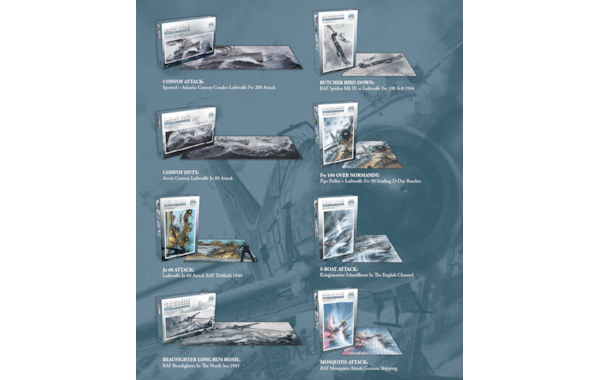 Zee Productions is to launch the Bellica range of military-themed puzzles in September.

A range of 1,000 piece military themed puzzles are to be launched on 19 September by Zee Productions and feature the WWII artwork of Keith Burns. Keith is an award-winning aviation artist and commercial illustrator. He has illustrated comics for the past decade, with Johnny Red being the most recent. In 2012 he joined the Guild of Aviation Artists, and in 2015 he won the Messier Dowty award for best acrylic painting in show. In 2016 he was made a full member of the Guild, had his first solo exhibition at the RAF Club in London, and won Aviation Painting of the Year. He is currently illustrating the Ladybird WWII series, written by James Holland.

The CEO of Zee has written the sleeve notes to all the puzzles and commented, “Each depiction comes with an explanation of the subject matter. You will know what the illustration is about, the conflict, the equipment and the protagonists. Hopefully, we can draw military enthusiasts into the pleasure of puzzling and puzzle enthusiasts into the world of military history.”