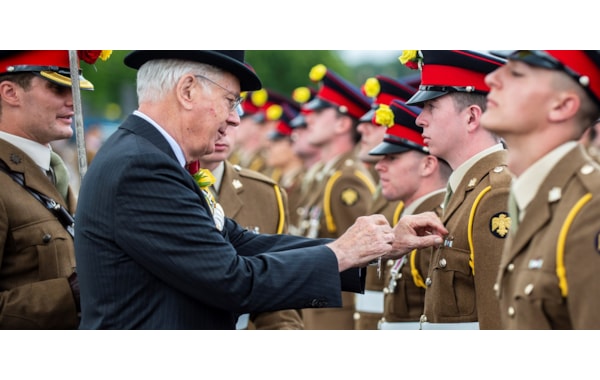 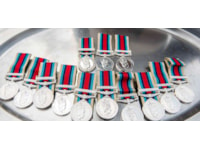 Soldiers from the Royal Anglian Regiment, nicknamed The Vikings, have been presented with medals for their successful operational deployments to Afghanistan and South Sudan.

The Colonel-in-Chief of the Royal Anglian Regiment, His Royal Highness The Duke of Gloucester presented the prestigious campaign medals to mark the end of the operations. Some 80 soldiers from the Battalion deployed from February to July alongside 39 Engineer Regiment on Operation Trenton, a United Nations peacekeeping mission in South Sudan.
Based in Malakal and Bentiu, The Vikings’ primary tasks were base security and force protection for the engineers as they completed a wide range of construction projects, including building a hospital and new roads. Major Matt Clarke who led the team on the ground, said, “They have all done a tremendous job in providing protection to the engineer group and ultimately supporting the UN mission in South Sudan. It was a tough austere environment and the medal presentation is recognition of their hard work.”
Also on parade to receive medals were the 280 soldiers who deployed from September 2018 to April 2019 on Operation Toral, the British contribution to Nato’s Resolute Support mission in Afghanistan. The mission is a non-combat operation, focused on training, advising and assisting the Afghan National Defence and Security Forces to improve their capacity and capability.
The deployment saw The Vikings work with Nato allies including Estonia, Finland, Australia, USA and Denmark to form part of the Kabul Security Force, providing force protection and secure transport for UK and Coalition mentors. They also provided a quick reaction force in support of Afghan Security Forces, on standby to respond to any major incidents within Kabul.
Major Nick McGinley (Officer Commanding C (Essex) Company) said, “Providing force protection to Nato advisors within the centre of Kabul which included the Presidential Palace, Afghan ministries and embassies was a high-profile task. During the deployment, the men of C Company have delivered over 2,000 missions; we feel justifiably proud of our role and the soldiers’ professionalism.”
The medal parade was on the same day the regiment gathered to mark the 260th anniversary of the Battle of Minden. The 1759 battle saw six regiments including The Vikings’ predecessors, the 12th Foot, defeat the French cavalry. For the 1st Battalion The Royal Anglian Regiment, this is among its proudest battles and is the origin of their red and yellow tactical recognition flash.
The battle is also referred to as the Battle of the Roses because the soldiers pulled roses from the hedgerows and placed them in their headdress as they advanced towards the enemy. In honour of their forefathers, the modern-day Vikings wear red and yellow roses in their headdress every year on the 1st August.