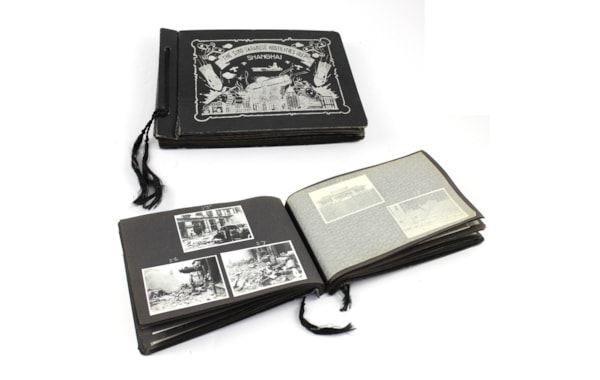 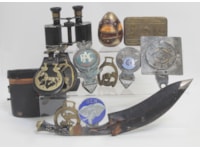 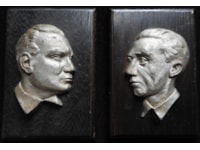 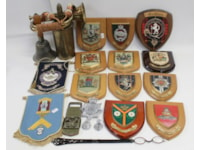 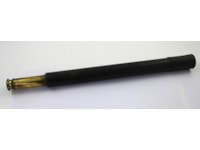 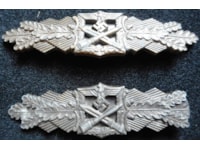 The August Antiques and Collectors sale at Liverpool-based Adam Partridge also contained various items of militaria, making for some possible bargains to be had.

In one lot there was a cased pair of WWII military binoculars, kukri dagger, a WWI Princess Mary Christmas tin 1914-18, three metal badges, an RAC Motor Sport membership pack, a BEN Friends Motor and Cycle Benevolent Fund pack and some other brass pieces. It hammered at £55.
Or how about a single-draw Naval telescope by Ross with stitched leather barrel cover and end cap, length 56.5cm. That went for just £20. And if you thought that was cheap, what about this for some German documentation – two WWII Arbeitsbuch (or workbooks) and one for Ausländers. These went for £10. On the flipside, another lot for two German Close Combat clasps, one damaged, by WE Peekhause were obviously thought to be repro by the auctioneer because they had an estimate of £40-£60, but when the dust had settled the final hammer price was £290.
Now, we covered military wall plaques a couple of issues ago, and here was a pair of half relief plaques featuring Göering and Goebbels, two of the Nazi hierarchy. They had an estimate of £40-£60 but didn’t find any buyers on the day. More to the viewers’ tastes was a box of oak British military plaques, an Argyle and Sutherland bugle, a school bell and sundry other items which hammered for £70. Also on a musical theme was an inter-war period military drum belonging to the 359th Army 4th West Lancs Division Medium Regiment RATA. That went for £130.
The highlight though, and item which attracted the most attention was a photograph album entitled The Sino-Japanese Hostilities 1937 Shanghai, which featured silver scenes of warfare on the front. Inside were 110 photographs, filling the book with no gaps, covering scenes of bombing, digging trenches, rescue work, prisoners of war, hospital scenes etc. Although only estimated at £30-£50, fierce bidding drove the hammer price to £1,150!