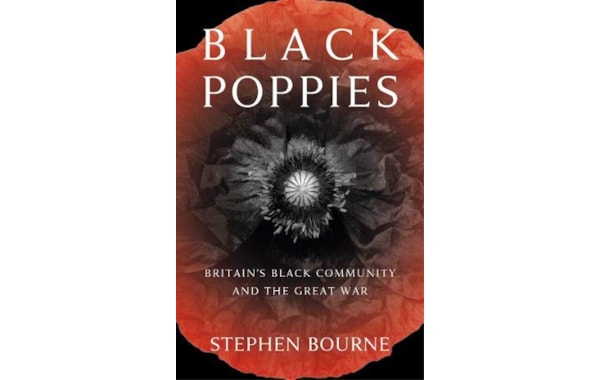 In this new edition of Black Poppies, Stephen Bourne has uncovered the stories of more black British and African heritage men and women who served their country in World War I.

Replete with previously unseen and unpublished images, the stories of servicemen like Arthur Roberts – Scotland’s Black Tommy, and Trinidadian soldier and campaigner George A Roberts sit alongside the experiences of people of African descent at home during World War I.
New material includes a photo of a black nurse in Britain in World War I, and the stories of the composer Amanda Ira Aldridge and the music hall stars Cassie Walmer and Mabel Mercer. Legendary cabaret star Mabel Mercer came from humble beginnings in Staffordshire, trod the boards throughout World War I in music halls, and in the 1940s established herself in New York as America’s most influential cabaret artiste, a position she held until the 1980s. Frank Sinatra said she taught him everything he knew about a lyric!
The previously unpublished World War I correspondence of the Jamaican siblings Norman, Douglas and Vera Manley show us the day-to-day trials, tribulations and tragedies of life on the battlefield. Vera was working as a music teacher in Britain and, in 1917, she was teaching and studying music in Russia. Vera’s letters include a detailed eyewitness account of the Russian revolution.
Stephen Bourne hopes that this new version will shed more light on a rarely acknowledged group of people from Britain’s history He also wants to see the book used more widely in our primary schools and academies to offset the dominance of African American history in the British school curriculum.