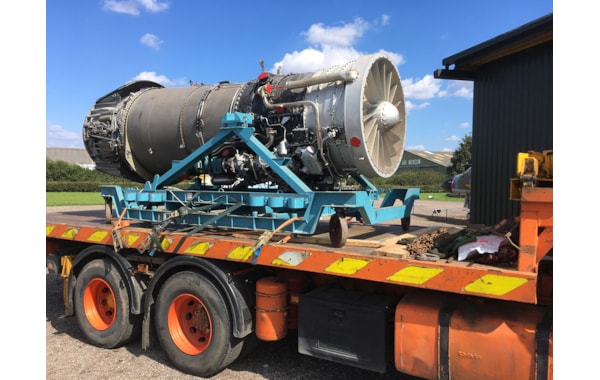 The Conway engine arrives at Newark 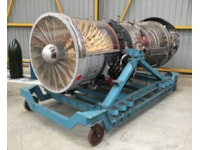 On Tuesday, 1 September 2020, the latest addition to Newark Air Museum’s collection of aero engines arrived at the museum site.

The new arrival was a Rolls-Royce Conway engine RC 042-540.The engine was transported from its former location at Bruntingthorpe, Leics, over to Newark thanks to the generous support by members of the VC10 Preservation Group. As an Accredited Museum, the trustees of Newark Air Museum were able to accept the transfer of the existing loan agreement between RAF Brize Norton and the VC10 Preservation Group.
This is a cutaway R-R Conway engine prepared by British Airways (BA) apprentices in 1981. The cut away engine is powered electrically, with rotating parts, which are displayed behind Perspex covers. The engine is noted for having flown 31,587 hours’ in a BA VC10 and fills another gap in the museum’s extensive aero engine collection. Initially it will be displayed in Hangar 2 close to its off-loading point, but eventually it is hoped that it will be displayed close to the museum’s TriStar CIM at the eastern end of the building.
“We are extremely grateful to Chris Haywood and Jason Kelly from the VC10 Preservation Group for helping us to complete this latest acquisition,” commented museum trustee Colin Savill. He continued, “Based on my own RAF service career the VC10 is an aircraft type that is close to my heart, and it is great that we have been able to secure this Conway engine that in itself was an important part of the VC10 fleet. We look forward to being able to demonstrate some of the workings of the mighty Conway to the public in the coming weeks and months!”
Find out more about Newark Air Museum at www.newarkairmuseum.org.