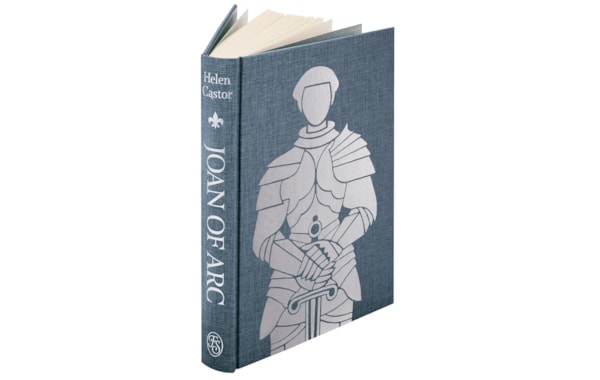 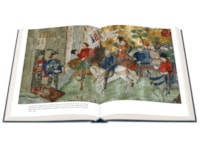 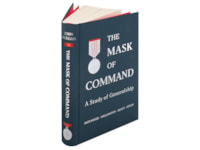 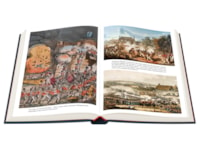 Joan of Arc and the Mask of Command are two of the latest titles to get the Folio Society exclusive edition treatment.

Fearless warrior, religious fanatic, fierce patriot: the familiar story of Joan of Arc is retold in Helen Castor’s best-selling account. It is now available in an sumptuous Folio Society edition.
In deeply religious 15th century France, a female visionary such as Joan of Arc was not unusual, but her ascendance to military leadership and the victory she secured made her legendary. Over the intervening centuries, Joan has been mythologised and her story often retold without its wider historical context. In her meticulously researched book, Helen Castor begins her tale at the beginning of the 15th century, in the midst of the Hundred Years War. The long-standing rift between the Armagnacs and Burgundians threatens the stability of the entire French kingdom and is paving the way for an English king to seize control. This fascinating history is essential to understanding the ferocity of Joan’s desire to follow God’s instruction and unite the warring factions of her countrymen, in order to turn the tide and evict the English from France.
The Folio Society has worked closely with the author on this new illustrated edition of the equally absorbing Joan of Arc. Illustrated using incredible archive documents, paintings and illuminations, Castor’s account features lavish portraits of key figures – including John the Fearless and Philip the Good – as well as bloody battle scenes, the sole surviving image of Joan made within her lifetime, and an example of her signature. The stunning cloth binding is blocked with a striking silver portrait of Joan in full armour.

Alongside this is The Mask of Command: A Study of Generalship, which takes a look at the careers of four very different military leaders.
What qualities make a great general, and how have these changed over history? How far is heroism and success in warfare linked to the context of the specific time and place of the encounter? Celebrated military historian John Keegan considers the nature of generalship through the lives and careers of four of the past’s most notable commanders.
Alexander the Great, the Duke of Wellington, Ulysses S. Grant and Adolf Hitler – generals of very different periods and with hugely contrasting temperaments and styles – are examined in this masterly study, which provides illuminating insights into the changing characteristics of military leadership. He considers every aspect of these four remarkable (if not always admirable) leaders, both as generals and as individuals.
This definitive edition is lavishly illustrated. From full-colour portraits to sketched battle maps, black-and-white military photographs to commemorative watercolours, each image has been carefully selected by The Folio Society’s award-winning picture research team. These are complemented by seven newly hand-drawn campaign maps.
Emeritus Professor of War Studies and noted military authority Professor Sir Lawrence Freedman has written a new introduction which provides context to Keegan’s groundbreaking scholarship and explains why The Mask of Command’s pioneering exploration of the nature of war and battle has made it so revered - the book remains on the Chief of Defence Staff Reading List at the UK Defence Academy to this day.

Images: ©2019 The Folio Society edition of John Keegan’s The Mask of Command