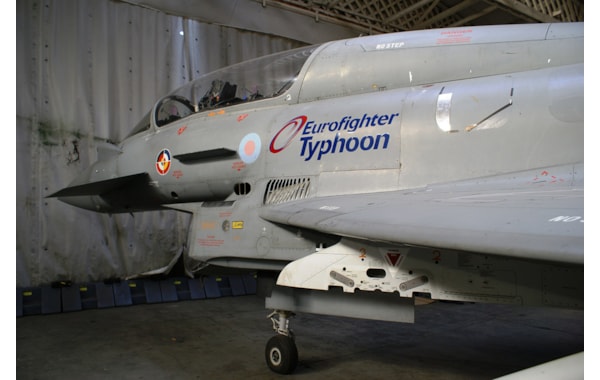 Newark Air Museum has provided details of the work required to move a Eurofighter to its site.

During a visit to the Imperial War Museum (IWM) site at Duxford on 4 December, 2019, volunteers and staff from Newark Air Museum undertook the first de-panelling work on Eurofighter Typhoon DA4, ZH590. This work is in preparation for the eventual dismantling, move and basic reassembly of ZH590.

To help meet some of its charitable aims around this particular project the museum has just launched a Just Giving page to help raise the funds required to provide temporary undercover accommodation for the final reassembly of DA4. The museum hopes that ZH590 will arrive at their site in eastern Nottinghamshire, in late January 2020 where the airframe will be reassembled. Due to the potentially changeable weather at that time of the year, this work will need to be carried out in a large temporary marquee that will be hired for this part of the project.

The stated aim is to raise £6,700 to meet the hire costs for the 20m x 20m aluminium structure, covering and support weights to tether the structure to a new hardstanding area that will be laid on the Southfield Site, behind the new Museum Cafe. Contributions can be made via this weblink.

04 August 2020
Tweets by The Armourer Magazine