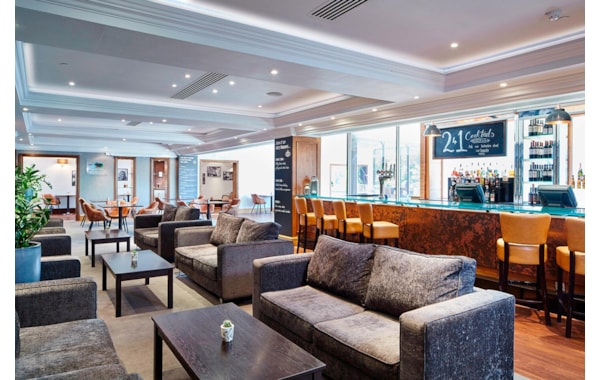 Plans for the Orders & Medals Research Society’s annual Convention, which will be held in Bristol for the first time, are progressing rapidly.

All the Convention events will be held from 11-13 September 2020 at the Bristol Marriott Hotel City Centre, a four-star hotel just a mile from the end of the M32 motorway and a five-minute taxi ride from Bristol Temple Meads railway station.
The weekend will begin with a welcome reception, free to members and guests registered for the Convention, on the evening of Friday 11 September. It will continue with exhibitions, talks by guest speakers and the presentation of awards in the Bristol Suite on Saturday 12 September. The Society’s annual dinner will be held on Saturday evening in the Conservatory at the hotel. Sunday 13 September will commence with the Society’s Annual General Meeting, followed by the OMRS Medal Fair, which is open to both members and non-members.
Advance booking will be via the OMRS website. Up to 16 August the weekend rate for the Convention will be £10 for members and £15 for guests. After that the price is £20 for both groups. Bookings made by post will attract a further charge of £5 on these prices. Entry to the Medal Fair is free for those registered for the Convention or £10 payable on the day for Society members who have not registered and for non-members.
A preferential Convention hotel room rate of £120 single and £130 double, per night, both including breakfast, has been negotiated and is available on a first come, first served basis until 16 July. There are numerous other hotels in central Bristol. Car parking is available next door to the Convention hotel at a discounted day rate of £17.
Bristol has been chosen as the Convention location because it is a lively city easily accessible from most parts of the United Kingdom via an excellent transport network. As well as being near the convergence of several motorways, it also has trains to and from Birmingham, Cardiff, Leeds, London, Manchester and Scotland as well as regional services. Bristol Airport, with a range of national and international services, is nine miles from the hotel. The shops and restaurants of Cabot Circus Shopping Centre are a five minute walk from the Marriott.
For further information on the Convention and booking go to the OMRS website at www.omrs.org.