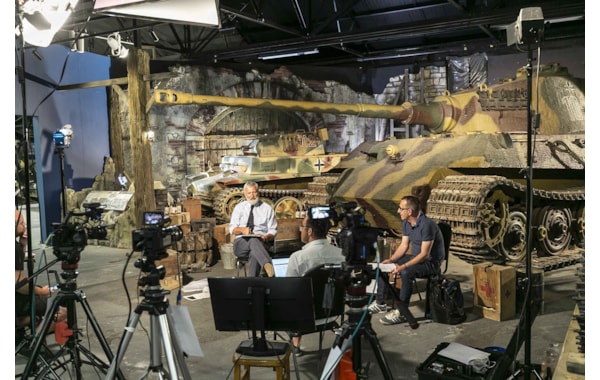 Presenting the online event from the Tank Museum 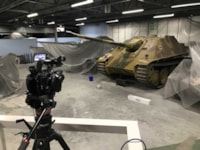 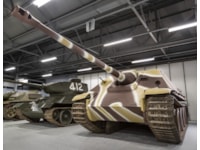 A unique, live-streamed event from The Tank Museum and World of Tanks drew one million viewers across the globe and raised vital funds for the museum.

The world’s first live-streamed historic tank event took place on the very weekend that 25,000 tank enthusiasts would have gathered in Bovington for the annual Tankfest event, had the COVID-19 pandemic not forced its cancellation.
Nik Wyness, Head of Marketing at The Tank Museum, said, “The cancellation of Tankfest was as disappointing as it was financially damaging. Tankfest is our biggest fundraising event of the year and so, having already been closed for three months, doing nothing was not an option.”
Instead, the museum worked with WoT, a long-standing sponsor, to make the world’s finest collection of tanks in action available online, packaged in a ground-breaking three hour fundraiser for enthusiast’s world-wide to enjoy from the comfort of their homes.
Backed by the technical might of World of Tanks, the event was live-streamed across The Tank Museum and World of Tanks social media channels, to audiences on Facebook, YouTube and Twitch. The show was presented by Museum Curator David Willey and World of Tanks Head of Military Relations Richard Cutland, who spent 30 years in the Royal Tank Regiment.
World of Tanks players were encouraged to support The Tank Museum by purchasing in-game fundraising packs which raised £57,000.  Some of these included a playable model of The Tank Museum’s most famous exhibit, Tiger 131.
“The results exceeded our expectations,” said Nik. “We are hugely grateful to World of Tanks, which has sponsored Tankfest since 2014, for supporting our ambition to turn Tankfest into a virtual event and to The Word of Tanks players for raising such a spectacular figure to help keep The Tank Museum going in these difficult times.”
“We’re also very grateful to all those that supported us through donations or by purchasing from our online shop during the live-stream. Every penny of that support is making a material difference to the future of The Tank Museum,” he added.
Live tank displays were re-created by The Tank Museum team from footage recorded at previous events. This allowed the audience to enjoy some of the vehicles rarely seen in operation – such as the Vickers Medium, Crusader and Tortoise.
The variety was widened with the addition of vehicles and content provided by seven other prestigious international Museums. During the stream, viewers were introduced to the tank museums of France, Sweden and the US and the national military collections of Belgium, Austria, the Netherlands and Canada – who demonstrated a range of military vehicles, including the modern Leopard 2 and M1 Abrams.
Kresimir Gusak, Senior Product Manager for World of Tanks PC said, “Our team at World of Tanks is very proud to have had the opportunity to try something new and work on this exciting project. We had ambitious goals, but we couldn’t have imagined reaching so many people and introducing them to The Tank Museum and their mission of preserving history so that we can all learn from it.”
The Tank Museum has one of the most successful YouTube channels of any museum in the world, with 270,000 subscribers. It achieved over 14m views during 2019, and over 5m views during the Lockdown period of 2020.