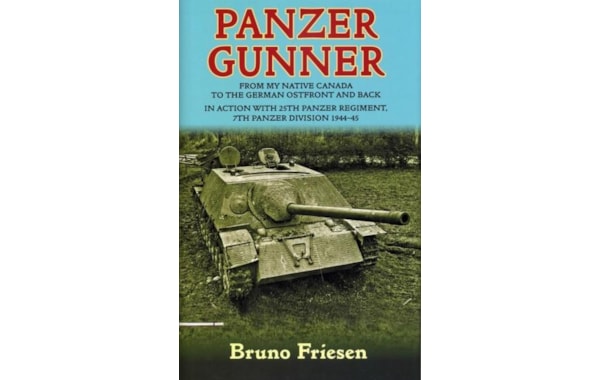 There are few memoirs available of German Panzer crews that focus on the climactic last 12 months of the war on the Eastern Front, 1944-45. What makes Bruno Friesen’s account virtually unique is his family background: his parents came from a German-speaking Mennonite community in Ukraine, and were to all intents and purposes culturally German. To make matters even more complex, in 1924 his parents left the Ukraine for Canada, where Bruno was born.
In March 1939 he and his brother Oscar found themselves on a ship bound for Bremerhaven in Germany where his father envisaged that a better life awaited them in the Third Reich.
Providing a large fund of information about specific German tanks and their combat performance, the author writes in great detail about the combat the experienced on the Eastern Front in the final year of the war. If you want to know how German tank crews fought the Soviets in the last year of the war, then this book provides an outstanding account.
The author closes the story by reflecting on his post-war efforts to return to Canada, which eventually succeeded in 1950, and his subsequent life there. The book comes with 58 black and white illustrations and four maps.