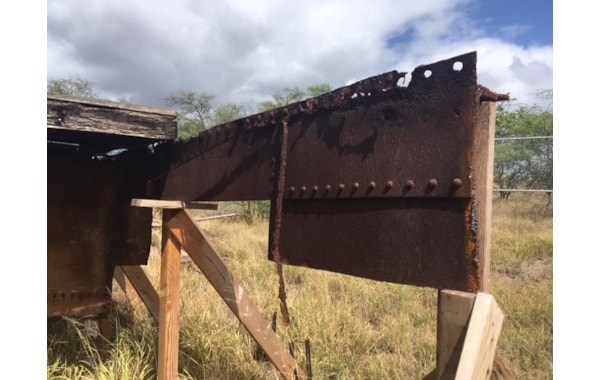 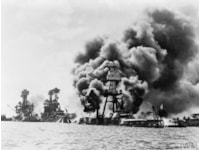 Imperial War Museums (IWM) will display the first piece of the wreckage of the USS Arizona to leave the United States in new, Second World War Galleries, opening in 2021 at IWM London.

The World War II battleship exploded after suffering direct hits during the Japanese attack on Pearl Harbor, 78 years ago on 7 December 1941. The piece of wreckage will bring to life the tragic story of the USS Arizona, whose destruction accounted for almost half the lives lost during the entire attack on Pearl Harbor. It will also engage visitors to IWM London’s new Second World War Galleries with what was a critical turning point in the global conflict, resulting in the US declaring war against Japan.

On the morning of 7 December 1941, aircraft of the Imperial Japanese Navy attacked the United States Naval base at Pearl Harbor on the island of Oahu, Hawaii. Their intention was to destroy and damage as much of the US Pacific Fleet as possible, before it could respond to Japanese operations taking place on the same day against British, Dutch and US territories in southeast Asia. In the first five minutes of the attack, four battleships were hit, including the USS Arizona. Minutes later, the USS Arizona’s ammunition stores exploded after bombs penetrated its armoured deck, ripping the battleship apart. 1,177 of the ship’s crew were killed and fierce fires burned for days. The ship eventually sank to the bottom of the ocean.

Although many of the ships damaged at Pearl Harbor were salvaged and returned to active service, given the extent of her damage, the USS Arizona was never recovered from the sea. The site of the wreckage is now home to a memorial to all those killed in the attacks on Pearl Harbor, visited by thousands each year. The piece of wreckage that IWM is receiving was salvaged from the wreckage when the memorial was built in 1961.

Vikki Hawkins, curator for IWM’s new Second World War Galleries, said, “Telling the story of the USS Arizona through this exciting new acquisition will help us convey to our visitors the huge impact and significance of the surprise attack at Pearl Harbor and the immediate devastation it caused. It will set the scene for visitors to explore the hugely important role that the US would go on to play in the Second World War, particularly in Asia and the Pacific.

“We are deeply honoured that we will be the first museum outside of the US to be able to display a piece of the wreckage of the USS Arizona and are grateful to the US Navy and to the Pearl Harbor Survivors Association, who have kindly given their permission for this donation.”

Jim Neuman, Historian for Commander Navy Region Hawaii, said, “The USS Arizona Relics program was established to provide portions of the salvaged wreckage for display in over 100 locations around the country, giving people who have never been to Hawaii, or perhaps will never make it to Hawaii, a chance to see an actual piece of the USS Arizona. And now we were thrilled to be able to provide a piece to Imperial War Museums. The relic pieces are a visible reminder of the global nature of World War II, the story of the USS Arizona and the United States’ entry into the war. They will provide an even wider context for discussion of the significance of World War II to visitors of Imperial War Museums.”

IWM London’s new Second World War and The Holocaust Galleries and digitally-enabled learning suite will put Britain’s experience of the Second World War in a global context and explore the truly international nature of the conflict. Personal stories from both sides of the Atlantic will highlight the strong Anglo-American alliance that contributed significantly to Allied victory in the war.