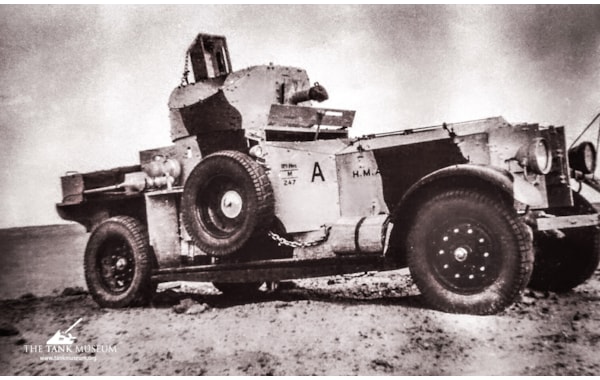 The Rolls Royce armoured car in Egypt in 1934 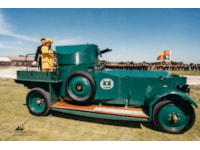 The Rolls Royce Armoured Car, which has been used to transport HM The Queen, was built in 1920 and is driven regularly to this day. It was armoured at Woolwich Arsenal, London, in October 1920 and handed to the War Office in November. To celebrate the anniversary, The Tank Museum has released a special episode about the Rolls Royce Armoured Car on its YouTube channel.
Rolls Royce Armoured Cars were first built during World War I, when wealthy gentlemen took their family cars with them to the front. Soon they had equipped their vehicles with weapons and armour, and proved their worth as fighting cars. The Admiralty approved a request for purpose-built vehicles.
Although they weren’t suitable for use on the Western Front, once trench warfare began, the Army sent them to fight in the Middle East where they proved very successful. After the WWI, a new generation called the Rolls Royce 1920 Pattern were built and The Tank Museum’s Rolls Royce was one of them.
The Museum’s vehicle, saw action in Ireland, Shanghai and Egypt, before coming back to England to patrol the Sussex coast during World War II.
It has been used by The Tank Museum for events and special occasions since it came to the collection in 1947, including an appearance on the Antiques Roadshow, Annika Rice’s Treasure Hunt, the Lord Mayor’s Show in London and numerous regimental occasions. The highlight of its long career came when it drove the Queen as its passenger, on a visit to The Tank Museum in 1997.