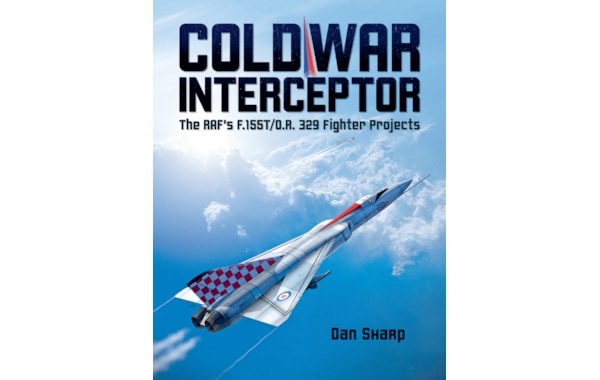 A new book from Mortons Books explores the British response to Soviet Union fighters in the Cold War.

The West was stunned when the Soviet Union dropped its first atomic bomb in August 1949 at a test site in north-east Kazakhstan. One year later the Korean War showcased the Soviet Union’s incredible technological progress in the form of the MiG-15 – a fighter capable of besting anything the RAF had to offer at the time.

Despite funding for the RAF’s Fighter Command taking a big blow in the wake of World War II, Britain’s top aircraft manufacturers set to work on designing powerful supersonic aircraft with all-new guided missile systems capable of meeting a Soviet assault and shooting down high-flying enemy aircraft before they could unleash a devastating nuclear firestorm on British soil.

The result of what came next is documented in this new release from Mortons Books: some of the largest, heaviest and most powerful fighter designs the world had ever seen – and a heated debate about whether the behemoths should be built at all, as guided weapons became ever more advanced.

Each of the huge interceptors designed to meet the deadly wave of Mach 2 Soviet bombers was, in its own way, a technological wonder. Any of them could have been built – providing the RAF with an advanced fighter that would no doubt have become a legend in its own time. The fact that none of the competitors reached the finishing line is undeniable but the stories and potential legacies of these British projects lives on in this new book.

Discover the origins and the stories of the ambitious, and ground-breaking, projects undertaken by some of Britain’s top aircraft manufacturers, including de Havilland, Armstrong Whitworth and Saunders-Rise, with this hardback book written by author and historian Dan Sharp.

Cold War Interceptor is available to order for £27.50 from www.mortonsbooks.co.uk.