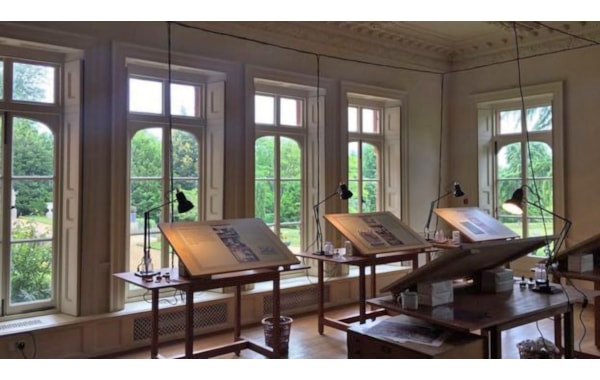 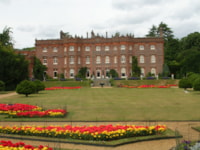 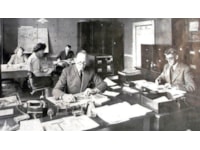 Maps of Germany, hand drawn at a Buckinghamshire manor during WWII, have gone on display.

When war broke out in 1939, the British military had very few accurate maps of Germany. With the BEF retreating from France, Britain turned to the air war to take the fight to the Nazi war machine on the continent but only around a third of all ordnance dropped was anywhere near its target. Consequently, two years later a secret operation to create maps of Germany for Bomber Command HQ at Naphill, High Wycombe was begun. The Air Ministry took over Hughenden Manor in Buckinghamshire and recruited artists, designers, architext and cartoonist to make them. The team stayed at Hughenden for five years before being disbanded. Like the work at Bletchley Park, nothing more was heard of it for years afterwards, until a volunteer guide at the Manor overhead a visitor telling his grandson that he was stationed there in the war. It turned out the Victor Gregory was 18 years old at the time and was recruited into the map making project from a printing company in London.
Desks and maps have been set up, as they were in the 1940s, as part of a new exhibition at the Manor which is now owned by the National Trust. Victor and his former map-making colleagues have shared their stories of working their for the exhibition. Rob Bandy, House and Collections Manager for Hughenden Manor, remarked, “The display highlights the significant role Hughenden played in helping to turn around the outcome of the war, and how that impact was keenly felt by the map-makers themselves. We are very grateful to the families of those men and women who have allowed us to share their stories, to shine a new light on this important piece of local and national history.”
Hughenden Manor is a red brick Victorian mansion, located near High Wycombe. In the 19th century, it was the country house of the Prime Minister, Benjamin Disraeli. Opening times can be found at www.nationaltrust.org.uk/hughenden.