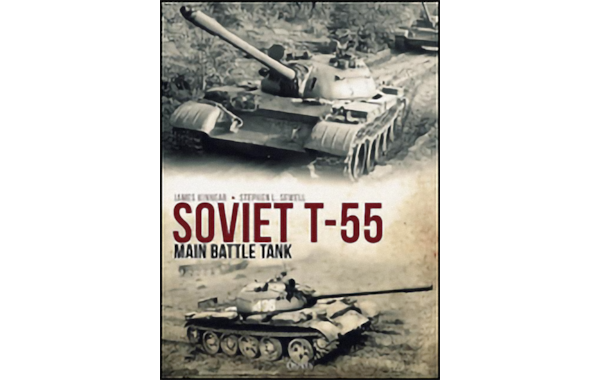 Osprey Publishing is to release a highly illustrated study of the T-55 Main Battle Tank and its variants that formed the backbone of the Soviet Army during the years of the Cold War.

The Soviet T-55 Main Battle Tank is of the most widely deployed weapons in history. Like its younger brother, the T-54, the T-55 enjoyed a long career in the Red Army and even into the early days of the reformed Russian Army. It was also widely sold to other nations and participated in many of the wars and combat operations from the mid- 1960s to the present. In fact, the T-55 has been employed in almost every conflict in the Middle East and Africa from its introduction into service. Even today the tank is still employed by both sides in the Syrian Civil War, and they are also in service with Kurdish forces in the struggle against ISIS in the northern part of Iraq.
As with the T-54, there were many derivatives of the T-55, including the MTU-20 and MTU-55 Bridge-layers; the IMR combat engineering vehicle; the TO-55 flamethrower; the BMR-2 mine clearing vehicle and others, all of which are described in the book.
Containing more than 400 stunning contemporary and modern photographs, and drawing on sources inaccessible to most Western researchers, this authoritative book tells the complete story of the T-55, one of the most widely produced tanks of all time. It costs £30 and goes on sale 19 September.