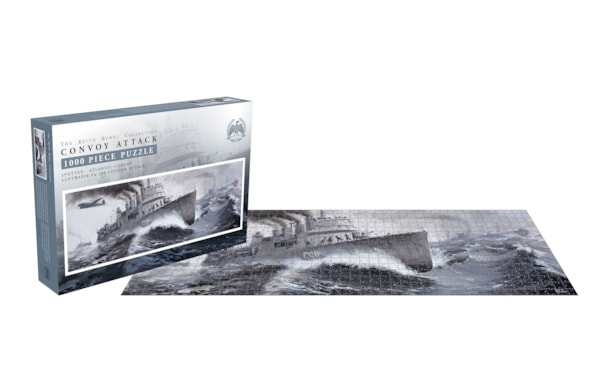 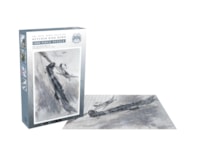 This range features the artwork of Keith Burns.

On the first anniversary of Zee Productions, they are proud to be launching their second non-music related range. Company CEO Steve Beatty is excited to be producing a range based on military history, a subject he has always held a passion for, “The success of Zee has been amazing and it’s way ahead of my schedule to be launching the Bellica range. I am super excited to launch this with the amazing art of Keith Burns and proud that the Keith Burns Collection is a Bellica production. I read a ton of military history and found out about Keith via the Iron Cross magazine and was very impressed with his work. His art is simply fantastic and has a definite WOW factor! We have so much coming and I intend to make Bellica the home of military puzzles."

The Keith Burns Collection features ten stunning WWII combat depictions that will be of interest to any military history fan. Keith Burns is an award-winning aviation artist and commercial illustrator. He has illustrated comics for the past decade, with Johnny Red being the most recent. In 2012 he joined the Guild of Aviation Artists, and in 2015 he won the Messier Dowty award for best acrylic painting in show. In 2016 he was made a full member of the Guild, had his first solo exhibition at the RAF Club in London, and won Aviation Painting of the Year. He is currently illustrating the Ladybird WW2 series written by James Holland.

LANCASTER - WHEN WE ARE BACK: – RAF Lancaster And Crew’s Last Mission

The wonderful aesthetic of this range is accompanied by sleeve notes by none other than Zee CEO, Steve Beatty. “Each depiction comes with an explanation of the subject matter. You will know what the illustration is about, the conflict, the equipment and the protagonists. Hopefully, we can draw military enthusiasts into the pleasure of puzzling and puzzle enthusiasts into the world of military history”.

The Bellica 1000-piece puzzle range is launched on 19 September, 2020 and is distributed via Zee Productions and Plastic Head Distribution.