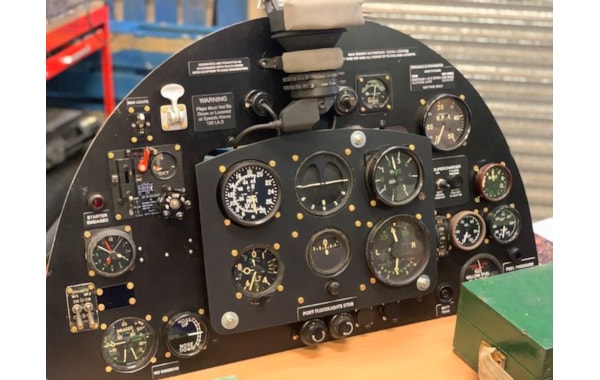 The control panel for the Spitfire simulator 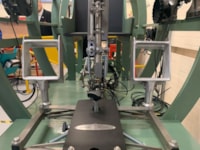 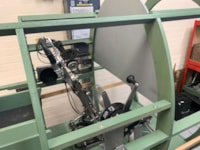 Aerospace students from the University of Nottingham have been building a cockpit for a Spitfire flight simulator over the last nine months, to inspire a new generation to take an interest in the historic aircraft.

A project, funded by Operation Spitfire, brought together 40 aerospace engineering and mechanical engineering apprentices at the University of Nottingham with the aim of creating a fully working Spitfire cockpit that could be used to control a flight simulator. Operation Spitfire is a group that seeks to inspire a new generation of engineers through the restoration of Spitfires. The Chairman, Julian Mitchell, is the great-nephew of RJ Mitchell, the man who designed the original Spitfire.

The cockpit will feature a sliding canopy on top and a panoramic display that will make it appear as if the aircraft is airborne. Once completed, the cockpit and flight simulator will be showcased in a new gallery dedicated to World War II aircraft at The Potteries Museum & Art Gallery in Stoke-on-Trent.

Jack Kock, age 22, who is studying a masters degree in aerospace engineering, remarked, “We painted it, cut all the pieces, and after we built it all using what we’ve learned about how a cockpit is assembled. It was very entertaining.”

Jose Morales, 20, studying a bachelors degree in aerospace engineering, added, "We had pretty limited and poor instructions come our way on how it should be put together, so a lot of it we had to think through ourselves. I think that has reflected on how the original designer wouldn’t have had anything to go on either.”

Dr Mark Jabbal, assistant professor in aerospace engineering at the University of Nottingham who has been overseeing the project pointed out that, “A lot of it is made from recyclable plastic, instead of the original metal. The dials on the instrument panel are replicas of the originals, but updated to use with new software.”

The backplate of the cockpit will have names of all the contributors listed on it, once the entire project is finished in Autumn 2020.