The Battle of Jutland. Discover the epic naval clash of WWI as over 250 ships slugged it out in the freezing conditions of the North Sea. What the Editor has to say about this month’s issue as we look at the greatest naval battle of WWI where the German High Seas Fleet sought to destroy the Royal Navy Grand Fleet.

What’s happening in the world of militaria, museums, exhibitions, collections and events. This month there is a Falklands War commemoration, excavations under the streets of York and festival news from Chalke.

Lenny Warren takes a trip around the internet in search of rare, interesting and desirable collectables.

In the sale rooms

Here's a look at what's coming up for auction with a plethora of Third Reich militaria at Ratisbon's.

Graham Priest heads for the island of Jersey, now the Covid restrictions have eased, to take a look at the captured hardware from the German occupation.

Let’s have a look at what’s gone under the hammer in auction rooms, with badges at Bosleys, medals and militaria at Marlows and yet more medals and photos at C&T Auctions.

In the first instalment of Ed Hallett’s new, six-part series looking at the accoutrements of the Warsaw Pack nations in the Cold War, he examines the gear used by Russia itself. 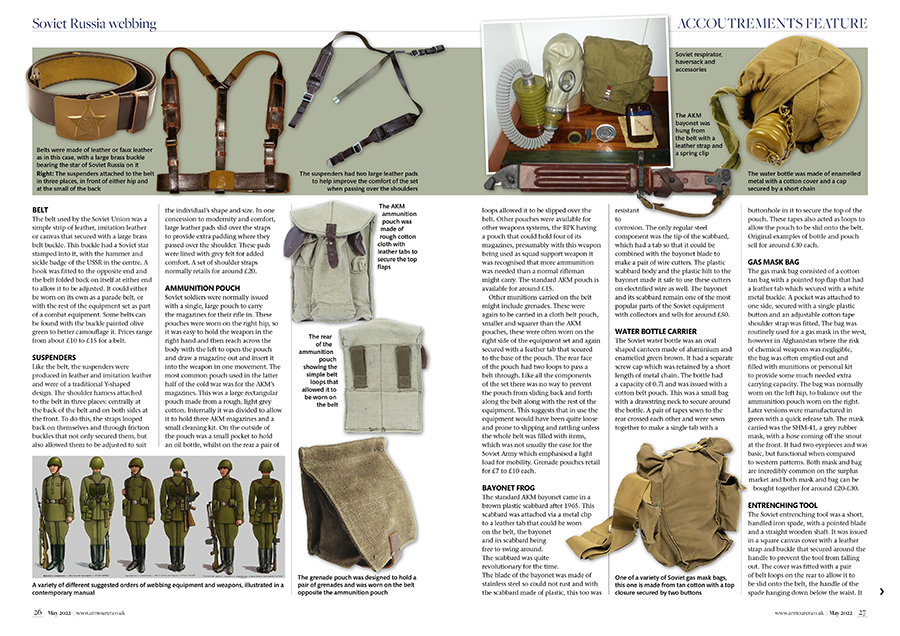 The second part of John Wade's series on cameras and photography in wartime reaches WWII and the advent of the soldier photographer with cameras on the battlefield. 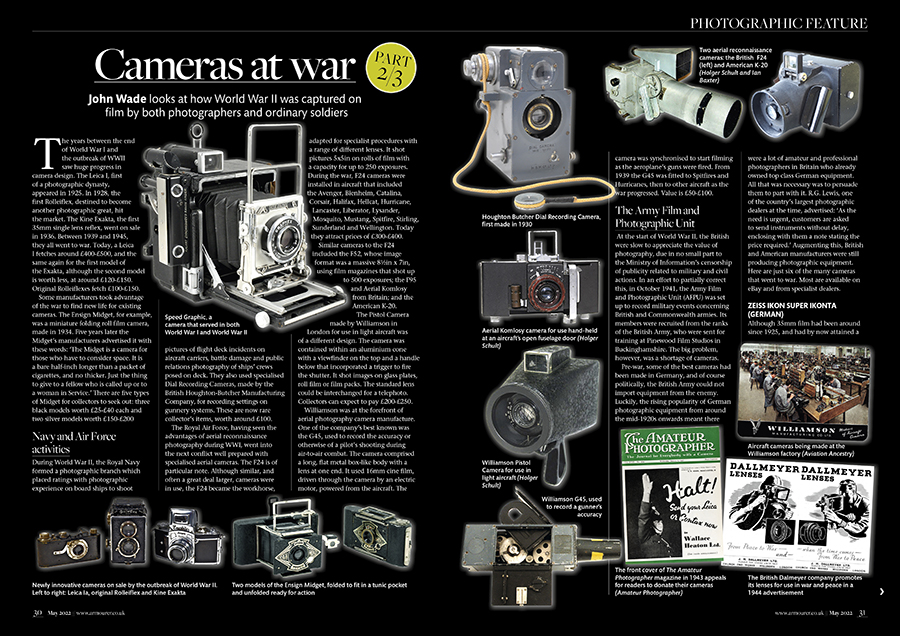 Peter Duckers examines the medal and its predecessors that is a memorial to services rendered.

It was the German tank that spearheaded the Blitzkrieg into the low countries and continued to serve in various capacities throughout WWII. 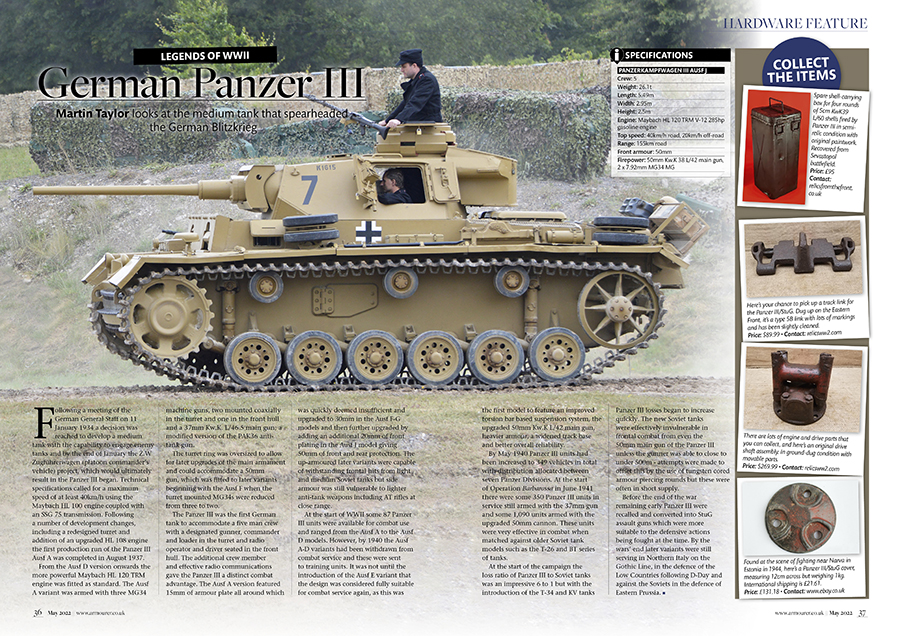 Neil Melville looks at the varied methods of delivering more than one shot from one loading in the days before percussion revolvers.

It was the most feared internal organisation of the National Socialist regime, with the power to act as judge, jury and executioner. John C Pursley looks at how it operated.

That's Nelson's Navy. Mark Wood looks at how the Royal Navy filled its ranks in the age of sail and just what life was really like for those below decks.

Duncan Evans is your guide to the badge awarded for serving on board the fast and dangerous German Schnellboots that terrorised the Channel.

John Walter looks at the Red Army’s pistol of World War II and how it, eventually, beat off the competition to be issed to the rank and file. 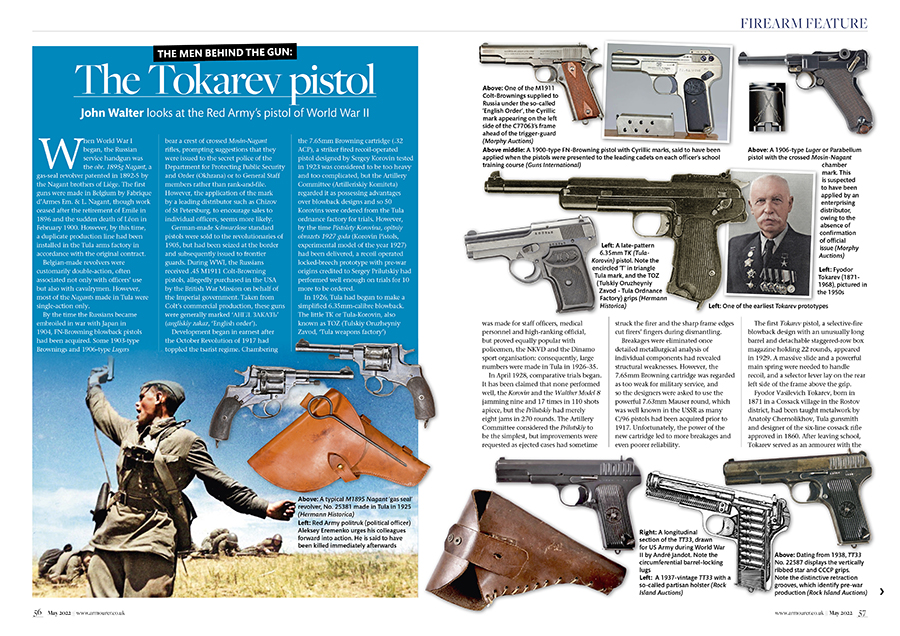 Ray Westlake examines the uniform and badges of a Pioneer of the Royal Fusiliers.

The Battle of Jutland

The biggest sea battle ever fought in modern times with over 250 ships slugging it out in the North Sea as the German Imperial Navy sought to break the blockade being enforced by the Royal Navy Grand Fleet. 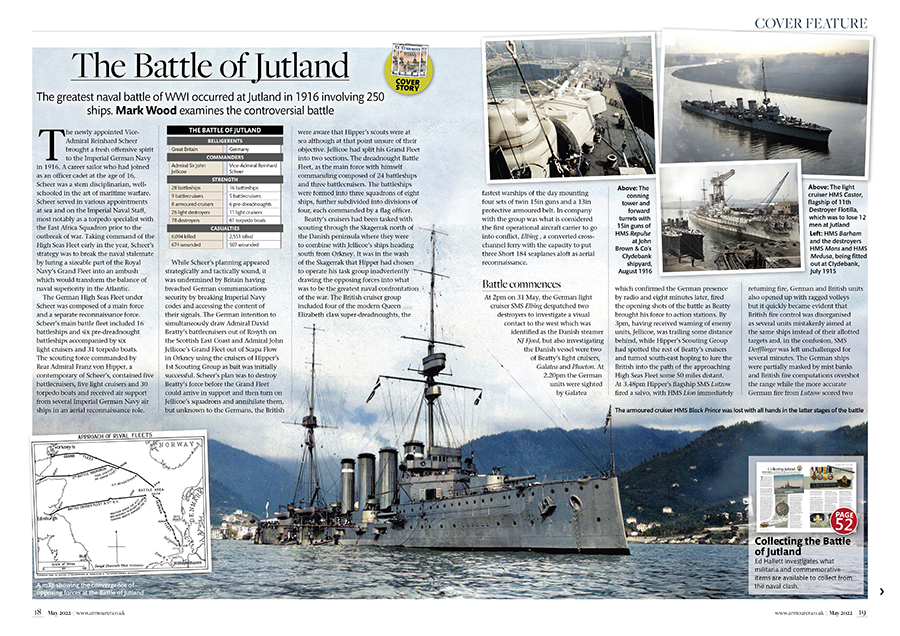 Edward Hallett finds that there are a surprising number of items with a connection to the Battle of Jutland available on the collectors’ market. 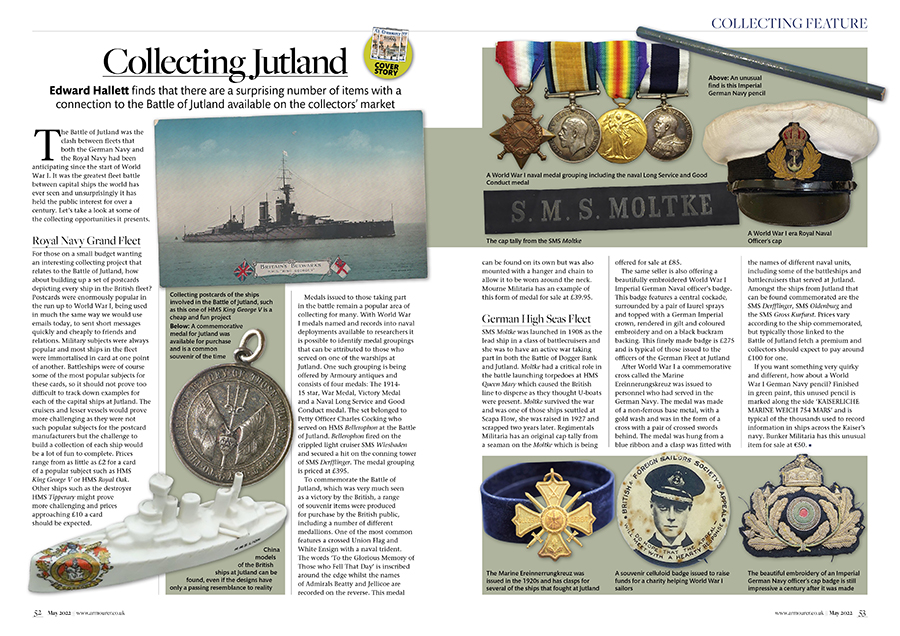 Duncan Evans takes a look at the latest releases including a reappraisal of Jutland with Clash of the Capital Ships, incredible adventure in The Greatest Raid and a valuable resource in Identifying Cap Badges.

Your comments on what you’ve been reading and doing. This month we’re discussing identifying obscure badges, spotting fake SOE items and what you thought of the Operation Anthropoid feature.

Check out the online arrangements for the auctions where you can top up your militaria collection and what fairs will be opening.

Thanks to our friends at Pen and Sword we nine prizes up for grabs with three people each getting a copy of Z Special Unit, British Gunboats of Victoria's Empire and Tiger vs Churchill.