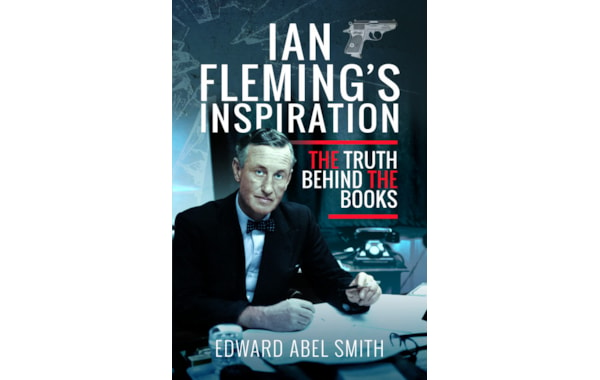 New book reveals where Ian Fleming took his inspiration for the gadgets and intelligence operations in his books featuring the world’s most famous spy.

James Bond is one of the most well-known fictional characters in history. What most people don’t know is that almost all of the characters, plots and gadgets come from the real life experiences of Bond’s creator, Commander Ian Fleming.
This book goes through the plots of Fleming’s novels explaining the real life experiences that inspired them. The reader is taken on a journey through Fleming’s direct involvement in World War II intelligence and how this translated through his typewriter into James Bond’s world, as well as the many other factors of Fleming’s life which were also taken as inspiration. Most notably, the friends who Fleming kept, among whom were Noel Coward and Randolph Churchill and the influential people he would mingle with, British Prime Ministers and American Presidents.
Bond is known for his exotic travel, most notably to the island of Jamaica, where Fleming spent much of his life. The desk in his Caribbean house, Goldeneye, was also where his life experiences would be put onto paper in the guise of James Bond. As the island was highly influential for Fleming, it features heavily in this book, offering an element of escapism to the reader, with tales of a clear blue sea, Caribbean climate and island socialising.

•    Ian Fleming planned an elaborate scheme called Operation Tracer in World War II. The plan was to conceal six British soldiers in the Rock of Gibraltar, where they would spy on the Germans, should the Rock fall to the enemy. The men would be concealed in a small chamber, able to survive for over a year, and would report back to Britain via radio. It inspired the plot for the short story, From A View To A Kill - said by critics to be too far fetched, even for Bond - which followed a similar idea.
•    While working for Naval Intelligence, Fleming flew to America where he met William Donovan, the man who President Roosevelt had recently instructed to create America’s first intelligence service. Fleming befriended Donovan and was taken into his confidence, to the extent that the Bond creator was asked to write the blue print for the new organisation. This paper would end up being used as the design for what would become the world’s largest intelligence service, the CIA, which Bond would end up working closely with in Fleming’s novels.
•    Fleming’s invention of an intelligence gathering commando unit, known as 30AU, took part in Operation Overlord, the D-Day landings. They were able to reach the site of the new technology required to launch the deadly V-2 flying rockets in Germany before the Russians, used as the plot for Moonraker. The designs of these rockets would be used by the Americans to create the Saturn V, also known as the Apollo Rocket, which would eventually put the first human on the moon.
•    After the war, Fleming would stay for three months each year in Jamaica, during which he would write his Bond novels, one a year until his death. While not writing, he would host friends both famous and influential, including his great friend Noel Coward, who inspired the character Dr No.