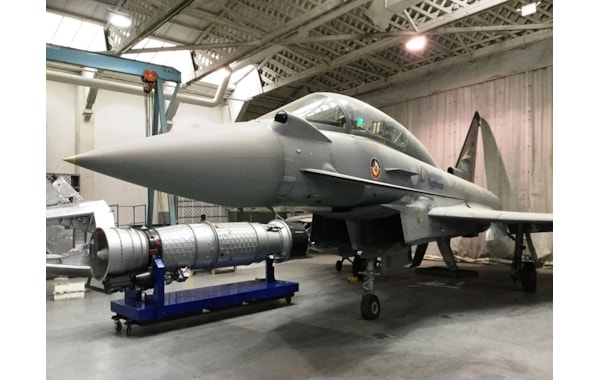 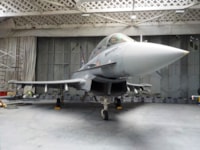 A Eurofighter Typhoon DA4 owned by the IWM is to be transferred to Newark Air Museum.

The trustees of the Newark Air Museum (NAM) are delighted to announce that they have entered into an agreement with the Imperial War Museums (IWM) to accept the most generous transfer of Eurofighter Typhoon DA4 (ZH560) to the museum. Preparations are now underway to move DA4 to NAM’s Gateway Aviation Site in north eastern Nottinghamshire, close to the Lincolnshire county border.
The process to transfer this significant airframe started during the summer, when IWM announced its availability for disposal as part of a review of its extensive aviation collection. This review has identified objects that do not fully fit with its remit to tell the stories of the causes, course and consequence of war from World War I to the present day in Britain and the former Empire.

In the documents notifying interested parties of the proposed disposal the IWM’s Disposals Manager made the following comments about the DA4 airframe, “As a prototype, this airframe is an experimental model and is not representative of a production or operational aircraft. DA4 was one of the seven original industry development aircraft before becoming a RAF ground instructional airframe.”

Following a visit to IWM’s Duxford site by Dave Hibbert, Museum Trustee & Acquisitions Officer, NAM was able to confirm to the IWM Disposals Manager that the DA4 airframe fulfilled several criteria in the museum’s stated Collecting Policies, including, “Aircraft used in a Training role - this because of our local connections with flying training, and aircraft which show the development of the jet fighter/bomber from the post-war period.”
Another important factor for NAM trying to secure DA4 was that it had been based at nearby RAF Coningsby, Lincs, where the airframe had been used for training ground crew specialists for the Royal Air Force. As such, displaying DA4 at Newark would allow them to provide good public domain access to the aircraft for the local RAF and aviation community.

An initial letter of intent to proceed with the transfer was received by NAM in late July 2019. Since that time liaison-work has been ongoing between the two museums to confirm a suitable date for the move to be completed. Following more recent contacts with IWM Duxford, the move has been scheduled to take place in early 2020.

“We are honoured, excited and extremely proud to have secured such a fantastic airframe for the collection,” commented Dave Hibbert. He continued, “We are especially grateful for the assistance provided by the IWM staff in helping us to start the process of undertaking this landmark transfer. We are now looking forward to working with the IWM team at Duxford during the coming months to complete this move in an efficient and professional manner.”