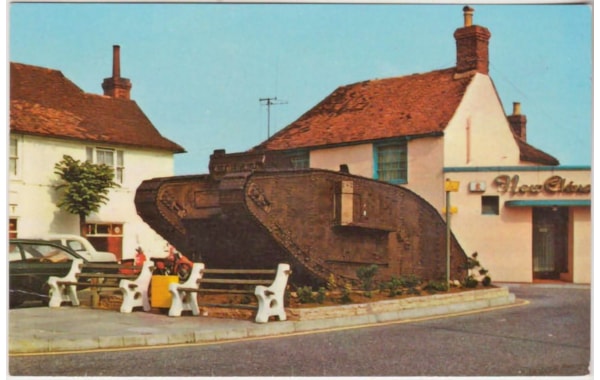 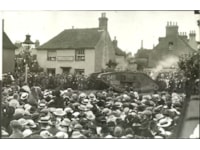 A family-friendly celebration event is being held to mark the 100th anniversary of the gifting of the WWI Mark IV tank to the people of Ashford.

On Saturday 3 August between 10am and 4pm, all are invited to St George's Square to learn about the history of the tank and what life was like in 1920s post-war Britain.
Activities at the bandstand, the tank and in Park Mall Shopping Centre will include music of the era - with performances at 11am, 12 noon and 1pm; hands-on workshops for children (but adults are welcome to join in too); WWI artefact handling sessions; traditional games of the 1920s, and WWI period re-enactors strolling around.
The Royal Tank Regiment Association and the Ashford Borough Museum will be present and sharing their knowledge and enthusiasm about all things tanks. There will also be a photographic display of Ashford’s tank through the years.
Now standing proudly in St George's Square, just off New Street, the Mark IV Tank was presented to the town of Ashford on August 1, 1919 in recognition for its funding efforts to the National War Savings appeal. It arrived by train at Ashford station and, much to the delight of the gathering crowds, was driven down Ashford High Street to the Square where it proudly sits today.
The tank was one of 1,220 others built for combat during WWI and is now the last of its kind to be on public, outdoor display. Many of the other 265 Mark IV’s - originally gifted to other Kent towns including Maidstone, Folkestone and Canterbury - were reclaimed as scrap metal during World War II. Ashford’s tank was spared as it had an important, civic role to play - after its mechanics were removed and replaced with an electricity sub-station in 1929.
Now one of only seven original Mark IV tanks in existence around the world, Ashford's incredibly rare tank is a Grade II Listed, Registered War Memorial.
Of the celebration, Cllr Peter Feacey, Ashford Borough Council's Portfolio Holder for Culture, Tourism and Leisure said, “We're very proud that our tank has stood the test of time in the town for 100 years and has been a continued focus of remembrance and commemoration. It is treasured by so many Ashford residents and tank regiment personnel from across the country, and so we hope as many people as possible will join us in celebrating this special anniversary event.”