WWII and Holocaust Galleries to open 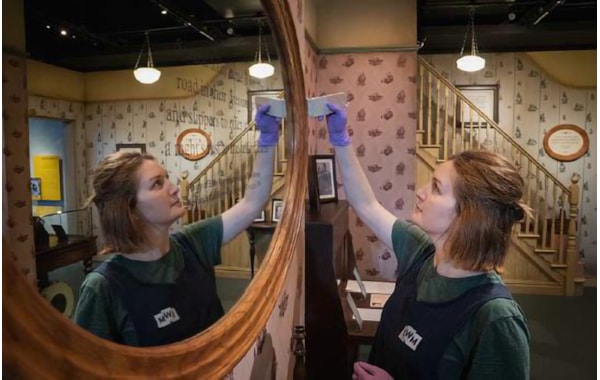 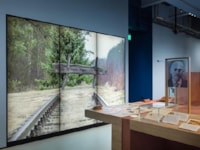 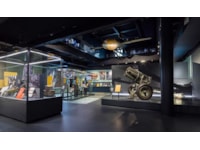 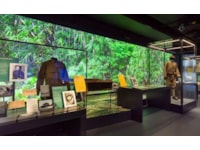 Next week on 20 October, Imperial War Museums (IWM) London opens the doors to its new World War II and The Holocaust Galleries.

As World War II and the Holocaust passes out of living memory, IWM will bring unseen objects, untold stories and unheard voices together to help visitors to understand the most devastating conflict and genocide in modern history.

Spanning two floors and occupying over 3,000 sq.m, this £30.7 million project sees IWM London become the first museum in the world to house dedicated World War II Galleries and The Holocaust Galleries under the same roof, examining the Holocaust not as an isolated event but as fundamental to the course and consequences of WWII. With more than 3,500 items and personal stories from over 80 countries on display, IWM will bring to the fore the truly global narrative of this devastating conflict, while also exploring the British experience.

Diane Lees, Director General of Imperial War Museums commented, “The Second World War and the Holocaust will soon pass out of living memory, leaving us without the first-hand testimony of veterans, eyewitnesses and survivors. IWM’s new galleries, which have been nearly six years in the making, will preserve their stories and ensure that the world never forgets what they experienced. With a recent YouGov poll demonstrating that 93% believe the Second World War and the Holocaust are relevant to learn about today and 78% think that genocide is currently happening in the world, the opening of these galleries has never been more significant.”

The new galleries bring together significant new acquisitions and loans, alongside items from IWM’s collections, including:

Although World War II was a global conflict on an unprecedented scale, a recent YouGov poll of British adults carried out for IWM found that knowledge of the global nature of the WWII story is underappreciated across all age groups, particularly younger generations, with less than half of 16-44 year-olds knowing that India was part of the Allied war effort, and only 58% of 16-24 year olds knowing that Japan was Britain’s enemy. Taking a more global approach to WWII and exploring conflict zones across the world, IWM’s World War II Galleries will highlight how the war affected people from all over the world – from London, Russia and New Zealand to the Philippines and China – telling the vast extraordinary stories of ordinary people.

The Holocaust Galleries tell the individual stories of some of the six million Jewish people murdered in the Holocaust through over 2,000 photos, books, artworks, letters and personal objects – from jewellery and clothing to toys and keepsakes.

IWM London’s World War II and Holocaust Galleries open on 20 October. Entry is free, but pre-booking general museum visit tickets via IWM’s website is highly advised. When you arrive at IWM, you will be able to collect a timed entry ticket for the new Galleries from the Welcome Desk on Level 0. Advanced Timed tickets are bookable for school groups and members.

22 October 2021
Tweets by The Armourer Magazine